Mumbai: Katrina Kaif made a grand debut on Instagram, already logging 1.4 million followers already before even completing a week on it.

A good percentage of those followers could be probably attributed to Bollywood actors urging their fans to follow the actress’ Instagram profile.

While Salman Khan calling Katrina his ‘tigeress’ or Shah Rukh writing that Instagram will be so much prettier with her entry and Ranveer Singh Dubsmash video were interesting enough, Arjun Kapoor's way of welcoming Katrina was by far the best one.

The actor shared a throwback picture of his 'heavier' self posing with Katrina. 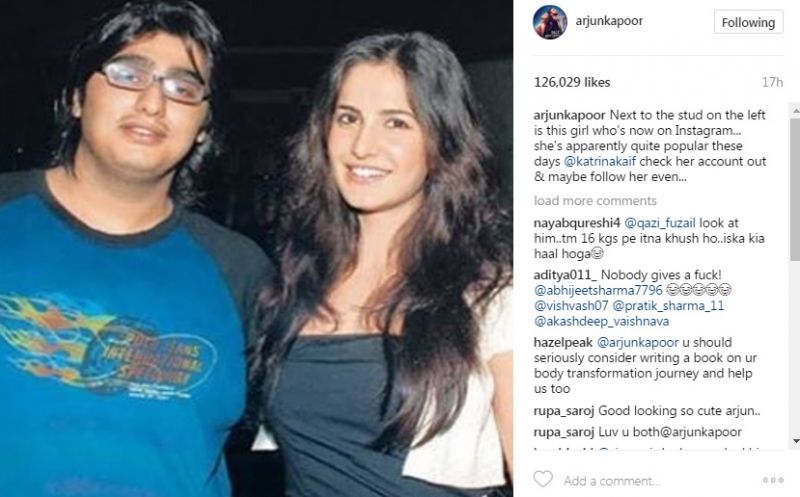 While the actress looks much more beautiful than in the picture, what is truly surprising is the transformation that Arjun has gone through to accomplish his dream of becoming an actor.

His caption was also interesting, calling himself a ‘stud’ and calling Katrina someone who is just ‘apparently quite popular these days', before asking his fans to check her account.

All these posts definitely prove that Katrina is quite popular with the actors.