Vinod Khanna is seen here frolicking with his sons Akshaye and Rahul.

Khanna, 70, best known for his roles in films such as ‘Amar Akbar Anthony’, ‘Qurbaani’ and ‘Insaaf -- passed away on April 27 after a long battle with cancer. The veteran actor was suffering from advanced bladder carcinoma and breathed his last in Sir HN Reliance Foundation Hospital and Research Centre.

The picture shows young Rahul and his brother Akshaye enjoying a beach outing with Khanna.

"Feels like yesterday," the 44-year-old actor captioned the photo. 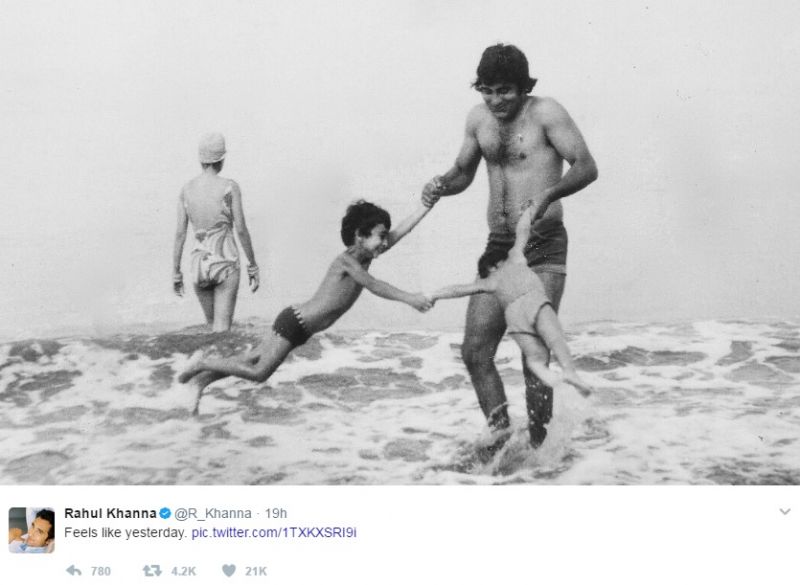