'Ranbir calls me turbanator', says the man behind turbans of Bollywood stars

Tying the pagadi is an art and though all Sikhs are taught how to tie it from a young age, not many are able to master it. But Mumbai-based Jaspreet Singh earns his livelihood by tying turbans for actors playing Sikh characters in movies.

He recently tied the turban for Kay Kay Menon in the poster of The Ghazi Attack.
Talking about how it all started, Jaspreet says, “I was good at tying turbans, so I would teach kids in my locality how to do it. I also tied turbans for people on special occasions. When a friend told me that Yash Raj Studio was looking for someone to tie a turban for a character in Rab Ne Bana Di Jodi, I went for it.”

Later, many filmmakers approached Jaspreet. “The turning point in my career was when I was approached for Rocket Singh: Salesman of the Year, as Ranbir Kapoor had to sport a turban throughout the movie,” he says. Jaspreet has also worked in Akshay Kumar’s Patiala House, Soha Ali Khan-Veer Das’ 31st October, and most recently, in Imtiaz Ali’s upcoming movies The Ring and Fukrey 2.

Reminiscing one of the incidents on the sets of Rocket Singh, he says, “I finished tying the turban for Ranbir and was about to leave. But IPL was on and the crew started watching a match on TV. Being a cricket fan, I wanted to stay back, but was hesitant. Ranbir observed this and asked me to stay back — he is a down-to-earth person. He called me the turbanator.” 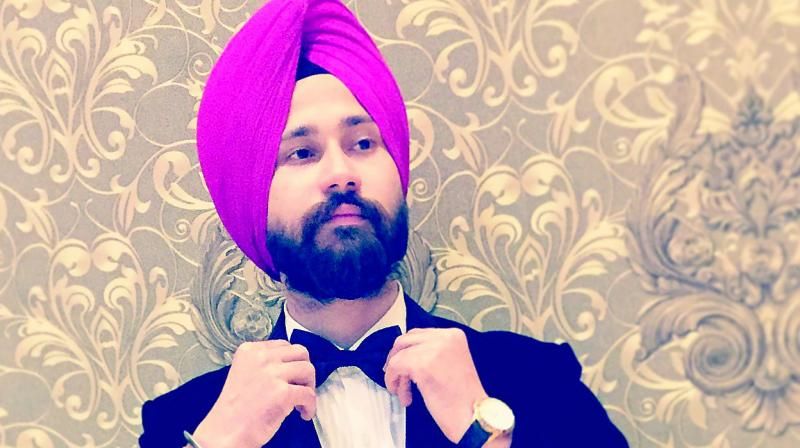 The 28-year-old, who also designs the turbans, adds,  “There are different types and styles of turbans, but most costume designers aren’t aware of this. So during the look test of movies, I demonstrate various styles." Jaspreet also tried acting in a digital sitcom, Life Sahi Hai, where he played a Sikh.