Team Golmaal Again wraps up shoot in Mumbai, next schedule in Hyderabad

Mumbai: After wrapping its first schedule at YRF Studios in Mumbai, now, the team of Rohit Shetty's upcoming comedy film 'Golmaal Again' is all set to head to Hyderabad.

Expressing his excitement, film's lead actor Ajay Devgan took to Twitter and a shared a group photo with the whole cast and crew of 'Golmaal Again' captioning, "First sched wraps, getting ready for Hyderabad. #GolmaalAgain." 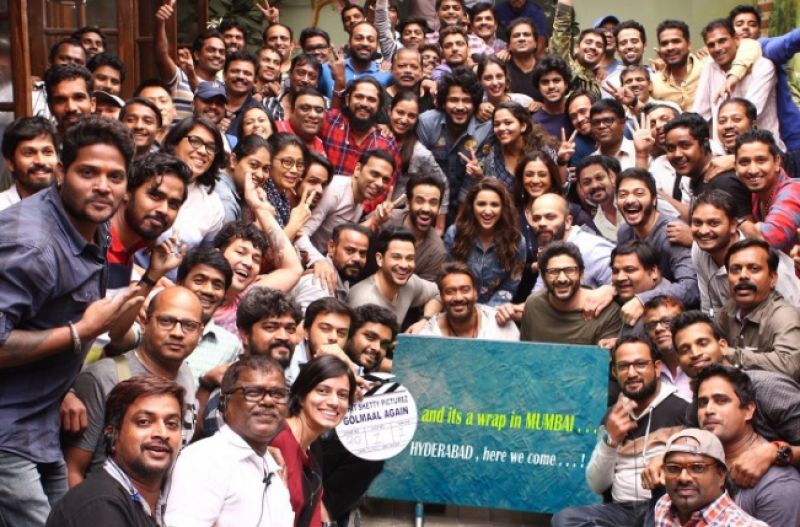 In the photograph, the cast of the film is holding a placard reading a message, ‘and it's a wrap in Mumbai... Hyderabad, here we come...!’

The film will also be shot in the Rohit Shetty movies' trademark location - Goa. It is slated to release during the Diwali weekend this year.

Today, the 'Shivaay' star is celebrating his 48th birthday and the ' Golmaal Again' team marked it along with a wrap-up party.

The movie, which is the fourth instalment of 'Golmaal' film series, will hit the theatres worldwide in November 2017.