Mumbai: The shooting of ‘Golmaal Again’ has just started few days back and the cast and crew have been greeted by numerous stars already. Ranveer Singh has visited the sets to meet the actors and even internationally famous The Smurfs had also posed for pictures along with the actors.

And now, Sanjay Dutt also landed on the sets of the film recently. Ajay Devgn took to Twitter to share a picture where Dutt is seated with the team of the film, director Rohit Shetty and the actors Ajay, Parineeti Chopra, Tabu, Arshad Warsi, Tusshar Kapoor, Shreyas Talpade and Kunal Kemmu. 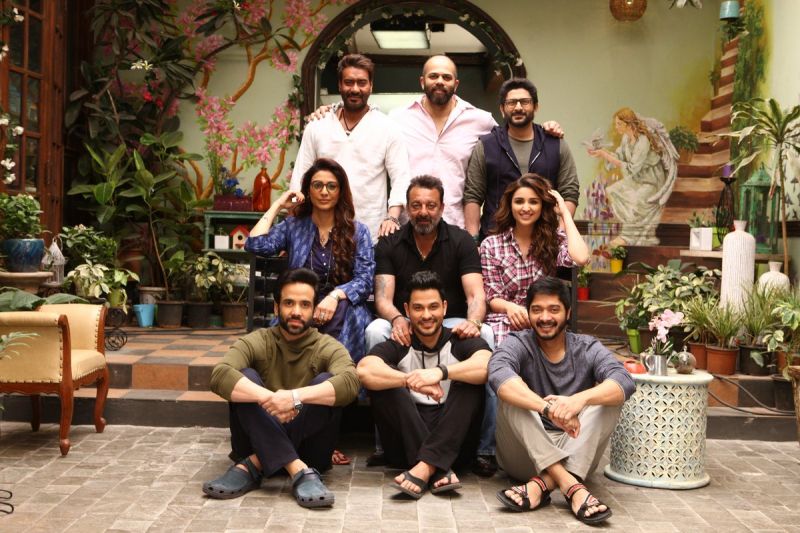 Incidentally, Sanjay Dutt had acted along with Ajay in Rohit’s ‘All the Best’ and the film was a success at the box office.

Dutt has been shooting for his comeback film ‘Bhoomi’ for the past few days, even getting injured during one of the action sequences.

But this visit on 'Golmaal Again' sets sparks thoughts in our minds if he is doing a cameo in the film? Only time will tell if there is something like that on the cards, when the film releases later this year.