Emraan Hashmi said, "It was a huge responsibility for me to portray Azhar in the film. I am waiting to show the first copy to Azhar soon as his appreciation matters a lot to me."

Mumbai: Ever since the biopic on Indian cricketer Mohd. Azharuddin has been announced, curiosity among the fans has increased. Balaji Motion Pictures unveiled the much awaited trailer of 'Azhar' on Friday evening in the presence of the entire cast. Indian cricketer Mohd Azharuddin, Emraan Hashmi, Nargis Fakhri, Prachi Desai, Ekta Kapoor and director Tony D'souza were present at the trailer launch.

Emraan Hashmi feels that playing Mohd Azharuddin wasn't an easy task for him, he said, "It was a huge responsibility for me to portray Azhar in the film. I am waiting to show the first copy to Azhar soon as his appreciation matters a lot to me. If he will like the film, our hard work will pay off. I spend so much time with him. He is a very frank and sensitive person. He trained me so hard that I had to ice my wrists. I am not a good cricketer in real life so it was a challenge for me but I did it eventually. We shot in London and Hyderabad. I was very nervous but I had to note very minute things like the Hyderabad accent." 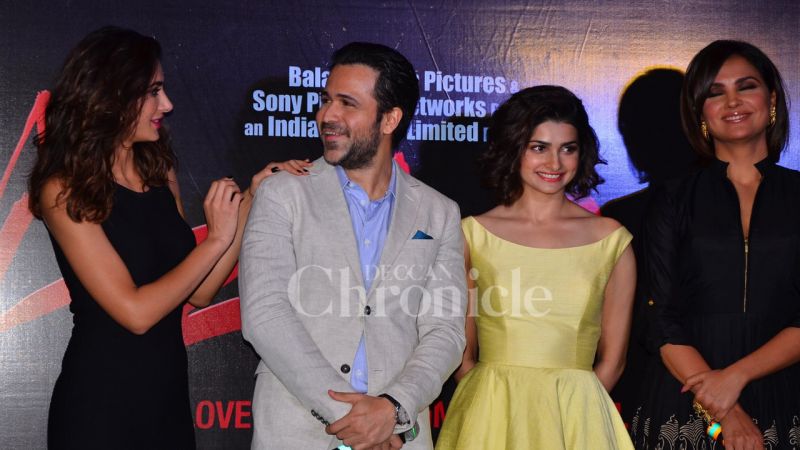 Emraan Hashmi will essay the role of Mohd Azharuddin in his biopic.

He further added, "I have grown up watching Azhar in 80's and 90's. I am very proud to wear blue jersey but I believed that time that Azhar is guilty in the match fixing."

We also quizzed Mohd Azharuddin, who was once accused for match fixing. Present at the launch, he said, "I don't blame anyone for it. I feel it's my destiny. When I was acquitted from the charges, I was very happy for my family and close ones."

At the launch, he also revealed the mystery of wearing white helmet in those days, "In those days, there were not much colors to wear. From pads to shoes used to be white so I used to wore white helmet." 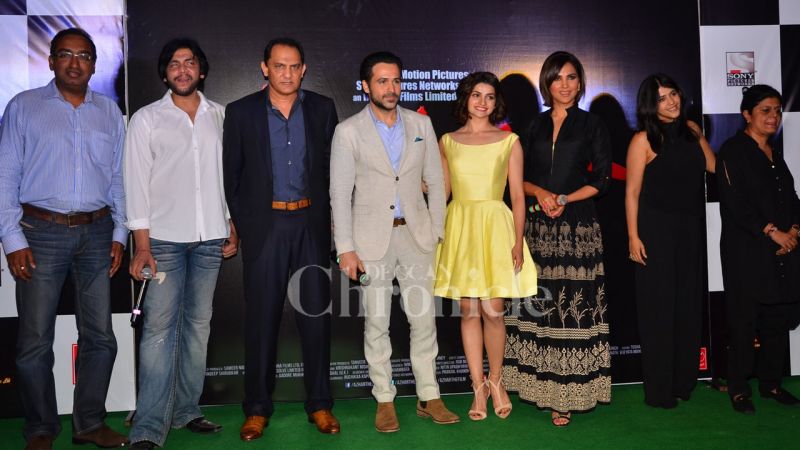 The entire team of Azhar

When asked that if given a chance to witness the biopic of any actor in Bollywood, who it will be, Mohd Azharuddin quickly said, "Emraan Hashmi of course. The scenes in the film will be very interesting. If there would be no kissing in the film, people would come out disappointing."

Talking about Virat Kohli, who is the current captain of the Indian team in Test cricket, Mohd Azharuddin said, "Press should tackle Virat-Anushka case properly. I think you all should leave it to them because this is personal."

Lara Dutta, who is playing a grey role in the film, will be seen playing a role of the lawyer who dragged Mohd. Azharuddin to the court. When asked about her role, she said, "I guess I am the only actress whom Emraan hasn't kiss probably. Since its a biopic, so every character has a reference except mine. I sat with my director Tony and researched about the case."

Director Tony D'souza, who scrutinized the case very consciously reveals that his film is not just about Azhar's match fixing scandal but even more. "We have shown the scandal but we are also celebrating cricket in the film. Since it is a biopic but we have taken cinematic liberty. I have also tried to show the roles of other players who were accused in the scandal."

Nargis Fakhri, who is playing the role of Sangeeta Bijlani in the biopic dropped in late at the event. When asked about her famous song 'Oye Oye', she became lost and speechless on the stage. She also confirmed that she hasn't met Sangeeta Bijlani ever, "I never met her in the real life but Tony made me see few of her films."

Prachi Desai, who will be seen playing the role of Mohd Azharuddin's first wife Naureen. "I met Naureen. She was so nice that all my presumptions left behind. This is my second film with Emraan and it is even getting better."