Mumbai: The festival of colours, Holi, is being celebrated in the country and in other parts of the globe on March 2.

While people play with colours and water on Friday, the custom of burning the Holika is carried out a day prior to it.

The Bachchan family, often referred to as the first family of Bollywood, indulged in the festivities on the occasion of Holi.

Amitabh Bachchan took to Twitter to share pictures of the family, wife Jaya, daughter Shweta, daughter-in-law Aishwarya and granddaughter Aaradhya as they prayed, burnt the Holika, applied ‘tilak’ and enjoyed sweets like Gujiya.

T 2730 - the Holika has been burnt and the prayers done .. the 'tilak' colours put .. and the special sweetmeat for the occasion 'gujiya' consumed .. pic.twitter.com/ns5inXLtYS 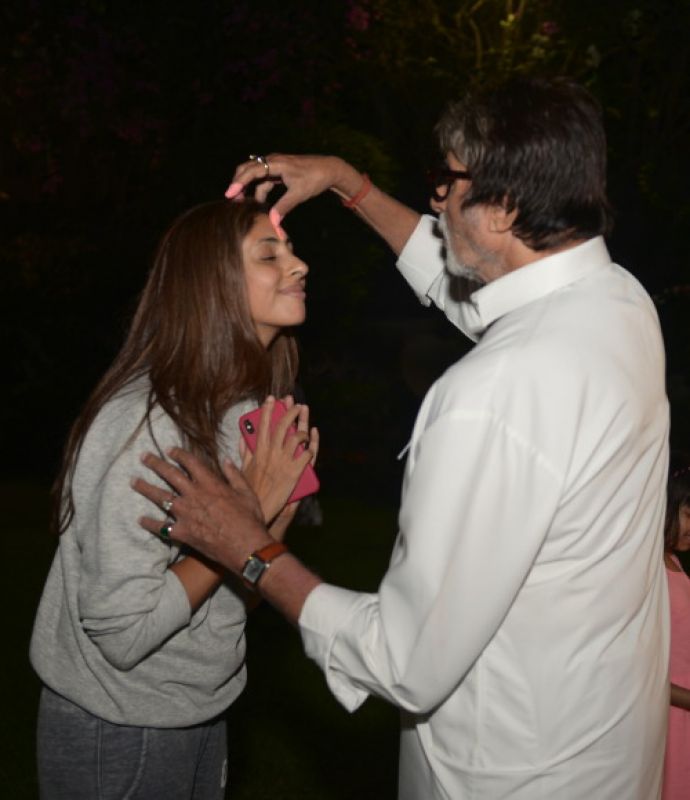 On his blog, Big B revealed there weren’t any celebrations due to the bereavement in the family (Aishwarya’s father had passed away last year) and explained the significance of ‘burning all evil’ and welcoming the joys.

“(sic) there are no celebrations tomorrow, the day of the festival .. bereavement in the family keeps such events silent as mark of respect for a year from the passing..  but the sentiments of the festival in prayer do be done .. the burning of Holika ..

may this burning clear the environ of all evil and bring in the joys and happiness of what must be deserved .. may music and rhythm and dance be in prominence and about .. may the change in the harvest times and the weather, the on coming of the Summer be welcomed and celebrated .. all over ..

and may the blessings of the Almighty drive into us the motley coloured visions of the better and happy tomorrow .. (sic)”  Bachchan wrote on his blog.

His son Abhishek was not present as he has set off for the shoot of Anurag Kashyap’s ‘Manmarziyan’ which also stars Taapsee Pannu and Vicky Kaushal.