Mumbai: India took a 1-0 lead in the Momentum Series on Thursday after securing a thumping 6 wicket victory over South Africa at the Kingsmead Stadium in Durban on Thursday.

Being put to bowl first, the hosts set Virat Kohli’s men a target of 270 to chase as Faf du Plessis struck a sizzling century despite the Indian spinner running riot early on.

Virat’s amazing performance at the pitch definitely grabbed his wifey Anushka Sharma’s attention, who took to social media to prove that she’s his biggest fan.

Anushka shared a picture of Virat in focus and shared two heart emoticons followed by 100. Here’s the image: 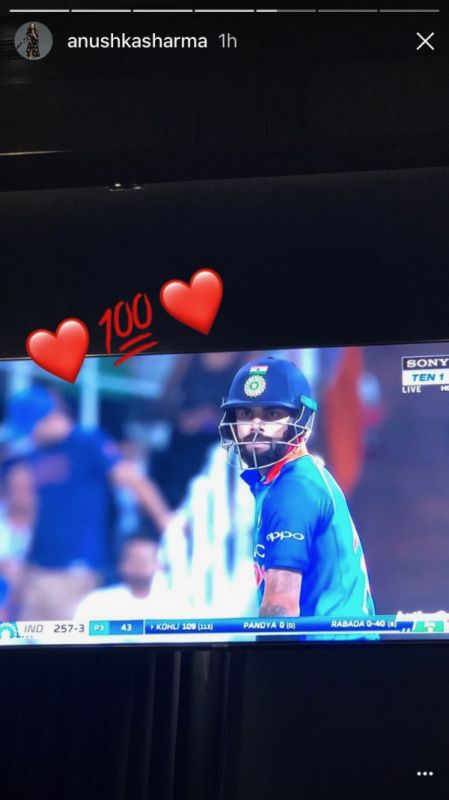 And here’s a photo where she’s fangirling: 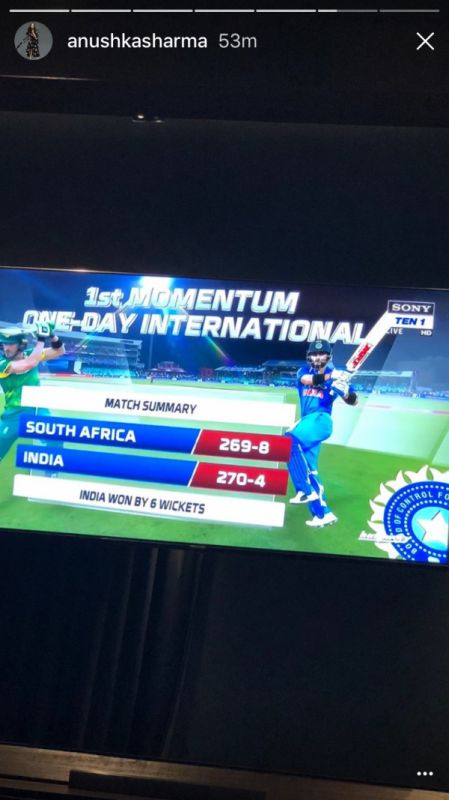 In another Instagram story, she shared a picture of her dearest hubby and wrote, “What a guy” with a heart. See it here: 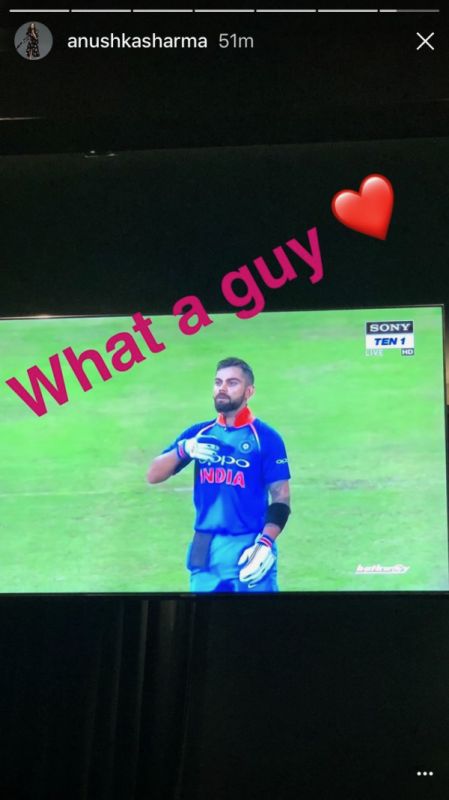 Did you just say couple goals, because they definitely are!

Virat and Anushka got married in a private ceremony in Italy in the month of December after dating for over 4 years.