Sara and Ibrahim's are amongst the most awaited Bollywood debuts.

While Ibrahim could pass off as an eery doppelganger to papa Saif from the 90's, Sara is every bit her mother.

The two made an appearance alongside mother Amrita at Amitabh Bachchan's star-studded Diwali bash and one couldn't take their eyes off the two youngsters.

Sara, who's allegedly on the verge of making her Bollywood debut, has already been associated with films as Karan Johar's 'Student of the Year 2' and 'Takadum,' looked ethereal in her ethnic apparel.

The tall and handsome Ibrahim, on the other hand, looked absolutely set to commence his tinsel-town sojourn, with his well defined features. 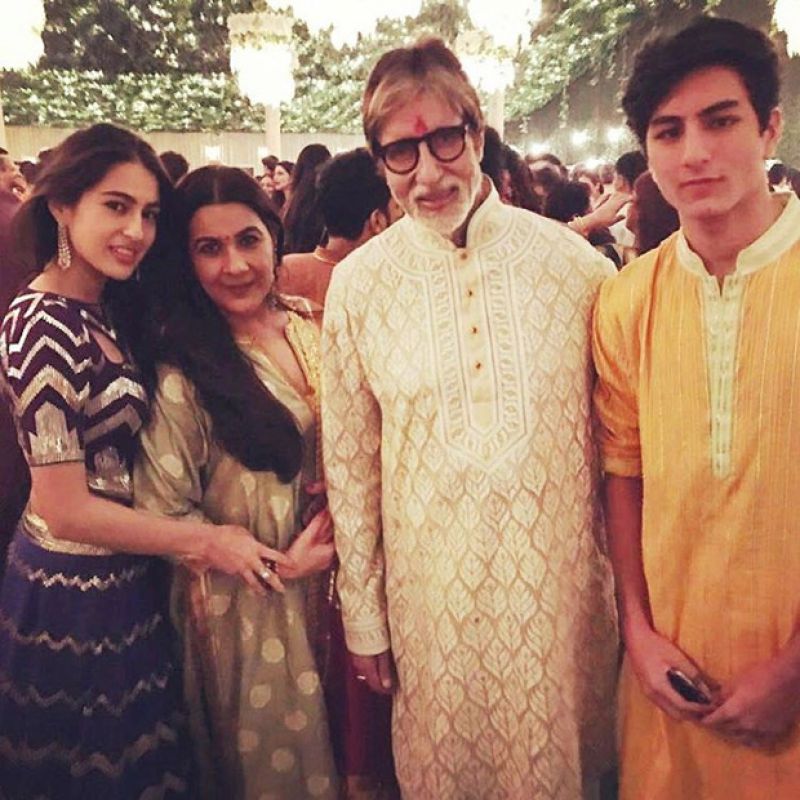 Big B himself seemed to love the company of the two.