Mumbai: With her Hollywood thriller drama Quantico's success, Priyanka Chopra has become a common household name in the West. People in Hollywood absolutely adore Priyanka for the fabulous person that she is.

On Halloween, Priyanka's fans even dressed up as her character from the show. One of such fans was Priyanka's co-star's daughter. Yes, we are talking about Dwayne Johnson, who will be soon seen sharing screen space with the actress in her Hollywood debut film 'Baywatch'. 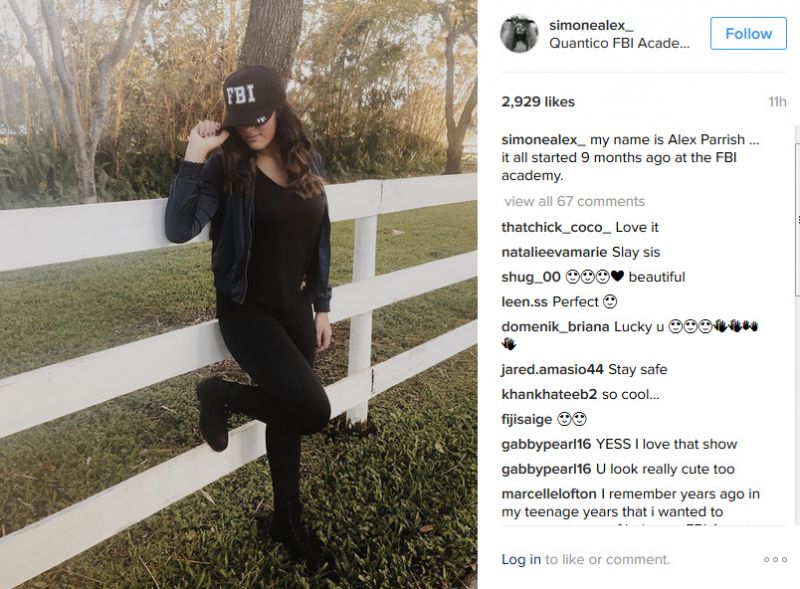 Simone's costume was so well that it won her praises from the actress herself.

"U look stunning Simone! @TheRock your baby looks way better than I ever could in that outfit!Adorable #alexparrish," Priyanka Chopra tweeted.

Dwayne Johnson was quick to respond to Priyanka's tweet. He wrote: 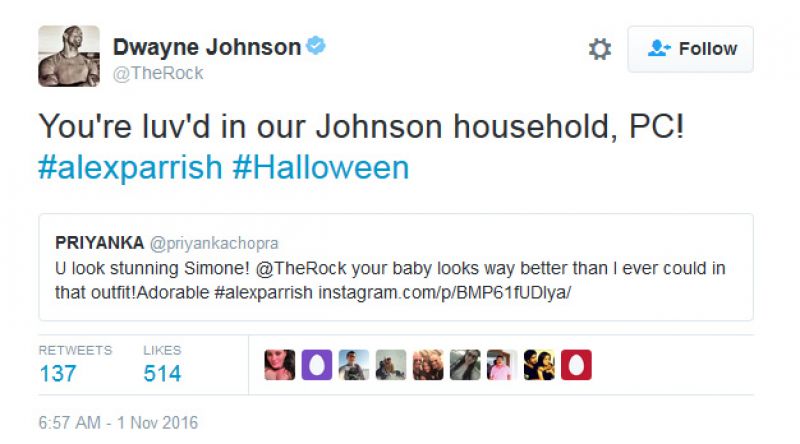 Priyanka Chopra replied back by tweeting, "Sure Looks like I am DJ.. Looking forward to meeting everyone Xoxo."

Here are few other fans who dressed up as Alex Parrish this Halloween. 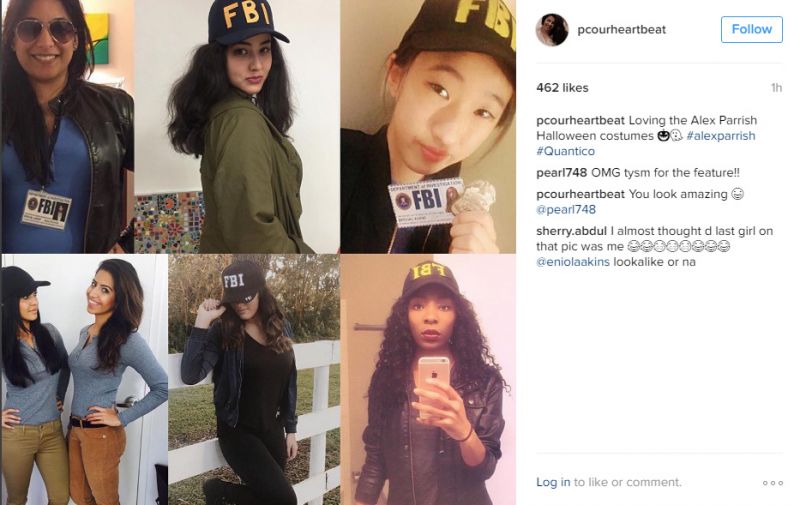 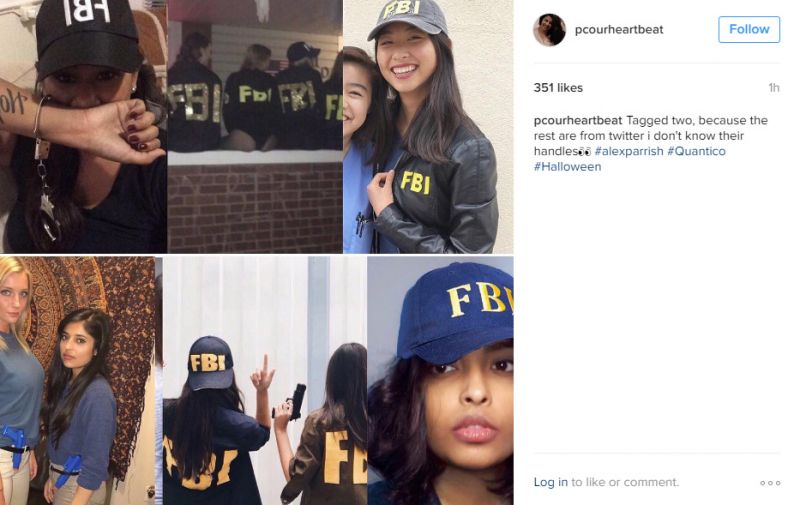 In 'Baywatch', which happens to be Priyanka's silver screen Hollywood debut film, the actress plays the role of a baddie named Victoria Leeds. The film, which also stars Zac Efron in the lead role, is set to hit silver screens in 2017.