Mumbai: Ever since their first look was released, fans are extremely excited to join Farhan Akhtar, Shraddha Kapoor, Arjun Rampal, Purab Kohli and others on their musical journey in 'Rock on 2'.

With the film's first trailer, filmmaker Shujaat Saudagar has definitely pushed the envelope, by the metamorphosing a buddy flick into a crusade venture. The 'Magicians' have grown older, gotten broodier and also been exposed to a great talent from the North-east.

In a new picture that was shared by Farhan Akhtar on Twitter, we see the team sporting a retro look. 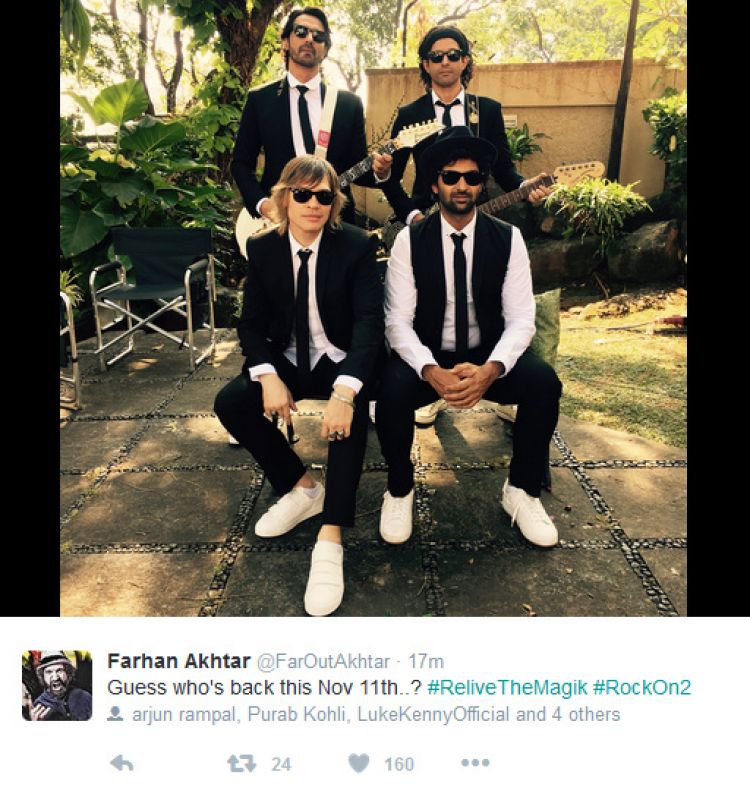 While Purab Kohli, Arjun Rampal and Farhan reunite to create 'Majik' on-screen sans Luke Kenny, they're joined by Shraddha and Shashank Arora, this time round. Prachi Desai and Shahana Goswami, who played Farhan and Arjun's wives respectively in the prequel, are also returning to reprise their roles.

The music is denser, the conflicts are stronger and the performances, all the more power-packed. The film is all set to hit the theatres on November 11, 2016.