Mumbai: Krishna Raj Kapoor, wife of legendary Raj Kapoor, was given a tearful send-off Monday with the who's who of the Hindi film industry joining her family to pay their last respects.

The 87-year-old matriarch of Kapoor family passed away Monday morning due to cardiac arrest.

Her mortal remains were kept for Darshan at her iconic RK bungalow in Chembur throughout the day and left in an ambulance with a picture of hers in the front with a garland to Chembur crematorium. 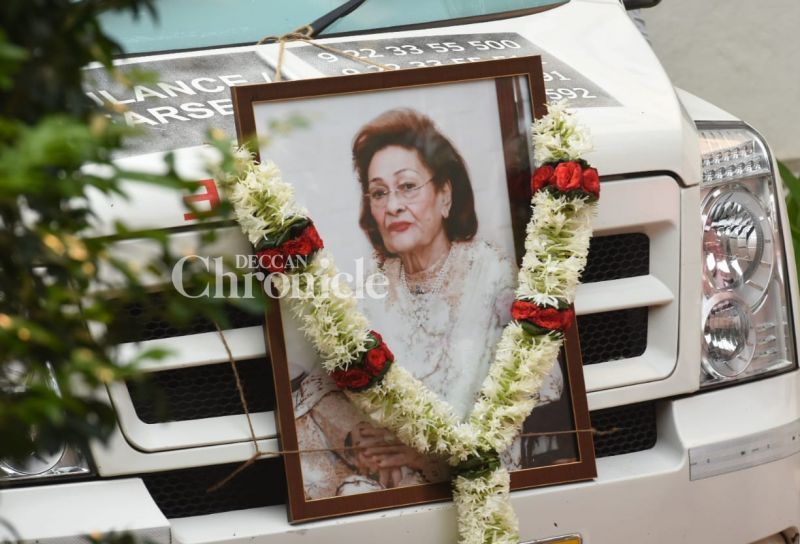 She was cremated according to Sikh and Hindu rituals which lasted for nearly 40 minutes. Her sons, Randhir and Rajiv, performed the last rites, in the presence of family members including granddaughters Kareena and Riddhima, daughter Rima Jain, grandsons Armaan and Adar and Shashi Kapoor's son.

The final journey of #krisharajkapoor 🙏🙏🙏 #rip 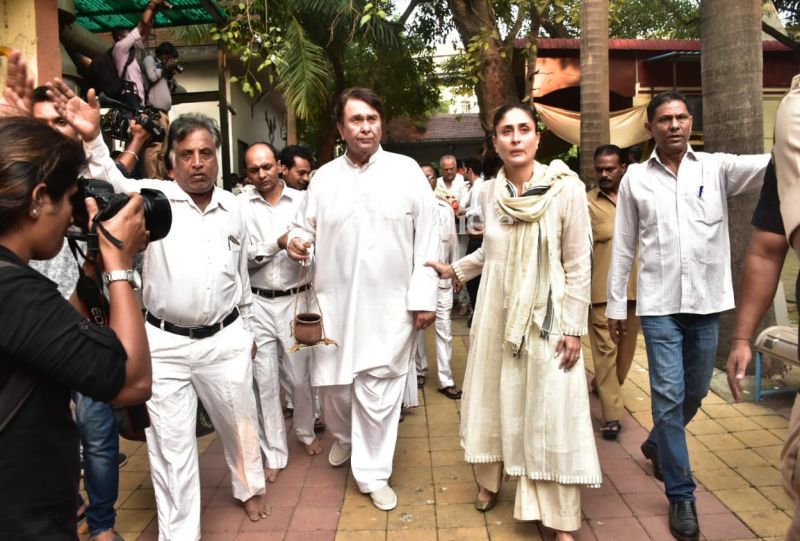 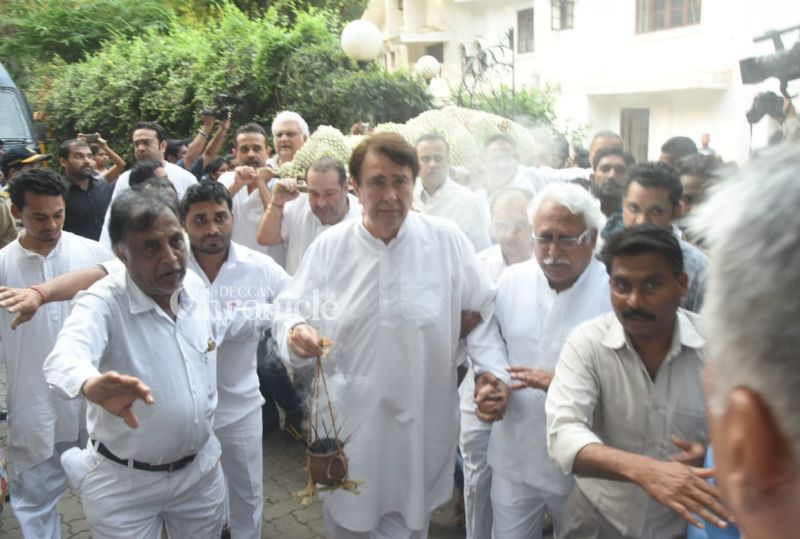 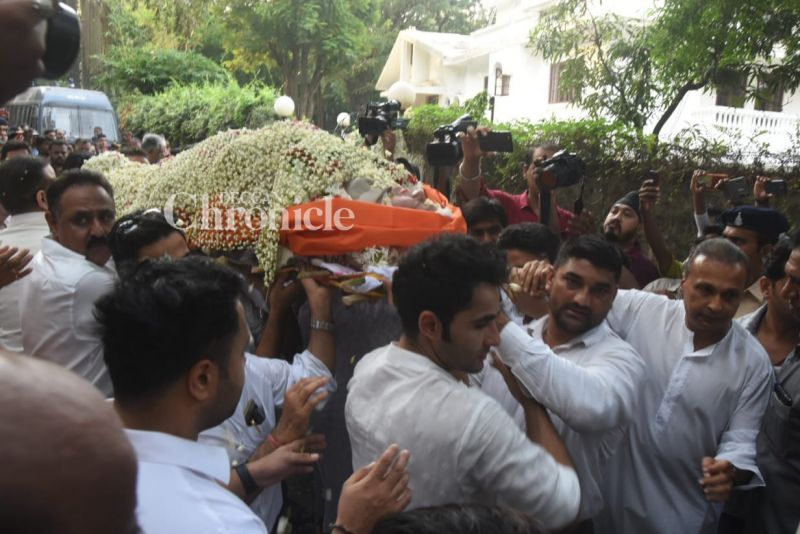 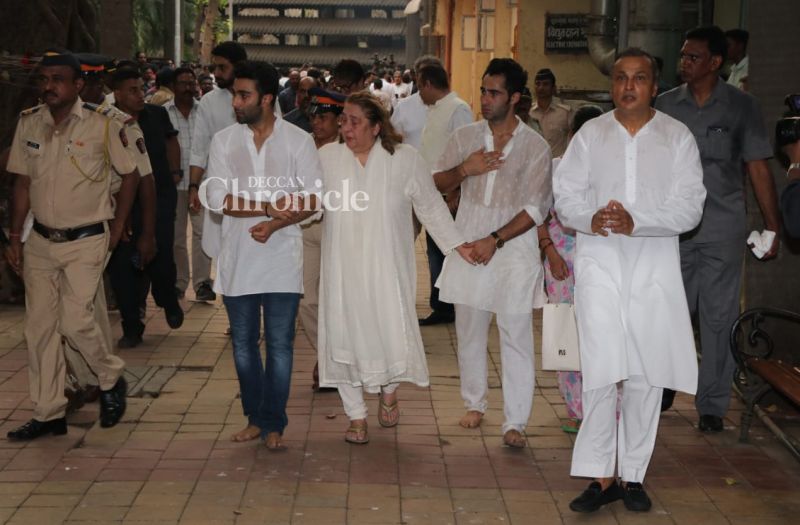 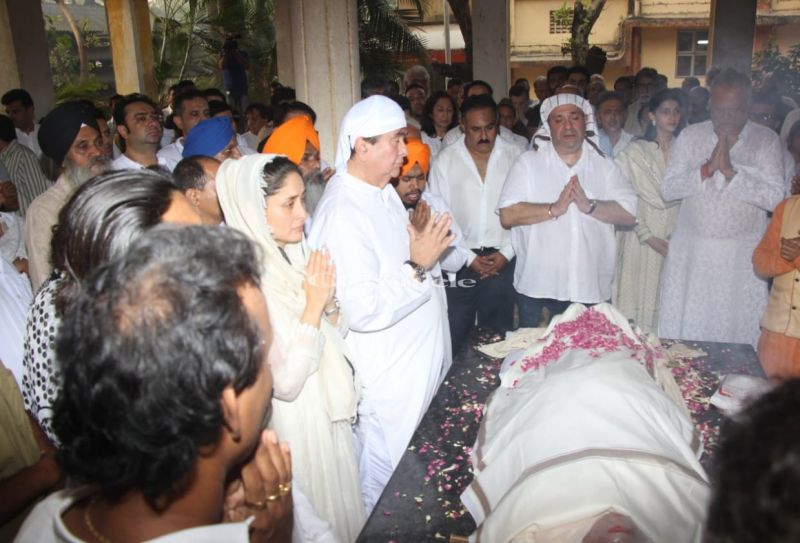 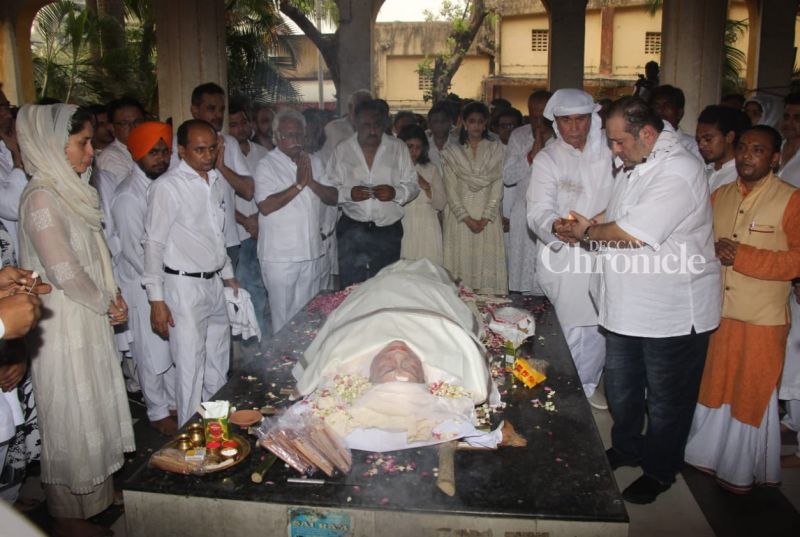 Rishi Kapoor, along with wife Neetu and son Ranbir were not present. The veteran actor recently went to the for medical treatment.

At the bungalow on Monday, several well wishers turned up to pay last respect to her amid heavy police security.

Raj Kapoor married Krishna Malhotra in May 1946 and the couple had five children -- three sons, Randhir, Rishi and Rajiv, and two daughters, Ritu and Rima.

The wife and mother of some of the biggest stars in Bollywood, Krishna Raj Kapoor always stayed away from the limelight.