Mumbai: Karan Johar’s popular chat show ‘Koffee with Karan’ is known for getting the biggest celebrities of the country, making them enjoy while also making them uncomfortable as they answer the filmmaker’s interesting questions. While the celebrities try to be as politically correct as possible, some answers have made headlines and are in the memory of the viewers even today.

The fifth season of the show is all set to begin and Karan took to Twitter to announce the kick-off by posting a selfie as he shot for the promo, promising that ‘things are hotting up’ this time. 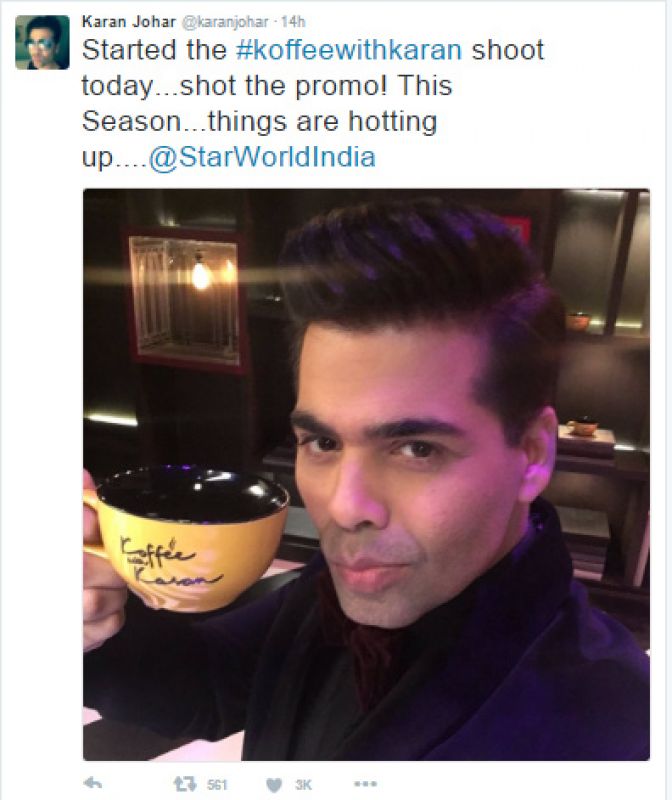 While Karan’s close friend Shah Rukh Khan has made multiple appearances on the show, he was conspicuous by his absence last time and there are reports that he, along with Alia Bhatt, are going to be the first guests on the show.

Fans would eagerly look forward to the new guests and what they would be up to this time as Karan gets the best answers out of them.