DECCAN CHRONICLE. | PRIYANKA CHANDANI
Published Jun 1, 2019, 12:04 am IST
Updated Jun 1, 2019, 11:05 am IST
Actress Madhuri Dixit Nene talks about her biopic, social media inspiration and why this is the best time for actresses to be working in the industry.

Mumbai: Dhak Dhak girl Madhuri Dixit Nene is one of those evergreen superstars who seem to glide from era to era, unchanged by time or circumstance. Her Ek Do Teen became the anthem of the late 80s, in the 90s she pulled at our heartstrings with films like Dil Toh Pagal Hai, Hum Aapke Hain Koun, Anjaam and others, while the 2000s saw her embody strong women in films like Lajja, Devdas, Dedh Ishqiya, Gulaab Gang among others. But the actress continues to push the envelope, be it by foraying into Marathi cinema, as she did in 2018 with Bucket List, stepping into the world of dance reality shows or by bolstering her social media presence. 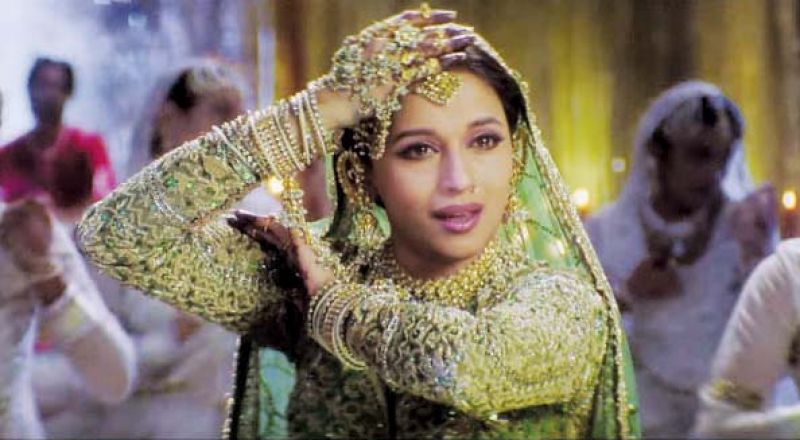 Madhuri in Maar Dala, from Devdas

Her over 30-years-and-running presence in the industry makes her the perfect candidate for a biopic, and rumours were rife that the actress was indeed in talks over one. Sadly, the actress tells us that there isn’t a grain of truth in these reports. “It is a rumour. It’s too early and there are a lot of things I want to do with my life,” she insists and adds that she is doing her best to keep abreast with the changing times. “I try to be relatable, so that people from all generations know me. I think the kind of films you do is also important to acquire fans. You have to move with the times,” she says. 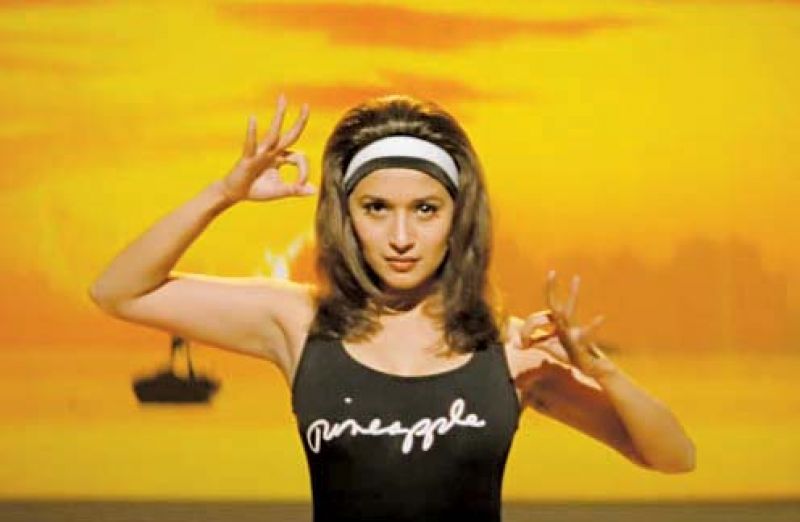 Though the actress that been ruling the success chart for over three decades, and has essayed many challenging roles effortlessly, we ask her if there is an uncharted role she aspires for. To this, the actress says, “It is not just one particular role but more about the complete film. The way it is written, and directed is important. It is teamwork and if I get a unique offering through a script, I will definitely do it,” confirms the ace dancer. Ask if the audience will get to see her in a horror film anytime soon and she reiterates, “Any subject that excites me will work for me. I’m not picky about genres. If I enjoy the script and the narration of my role, I will do the film.”

While her films have earned the actress millions of fans across the globe, her television association with reality shows has brought her fans much closer to her. And it is this more intimate association that motivates the 52-year-old actress to play judge on dance reality shows. “It is very heartening to see people from different backgrounds, living with limited resources, get a platform to showcase their talent,” says the actress, who was present at the launch of the second season of the dance reality show Dance Deewane.

But the dancing queen hasn’t stopped at the small screen as her online dance lessons have been making their way into homes across the world through all types of video-viewing devices for quite a while. Her lessons reach around 209 countries with millions of subscribers. “It’s part of being in this profession.

I take inspiration from Amitabh Bachchan, how he has adopted it (the online space) so beautifully. So why can’t I do the same,” laughs the actress, and adds, “I have audience around the world. You get to reach and teach more people through the medium.”

Since the actress made her debut way back in Abodh in 1984, we ask her if she too believes what many senior stars do, that filmmaking has changed drastically, as a family-like atmosphere has been replaced by corporate-style management. The Tezaab actress tells us that she believes that these changes have brought discipline into filmmaking. “I think times have changed and filmmaking too has changed. I know the time when people used to mortgage their houses to make a film; there was that level of passion. Then came a time when Yashraj Films, Mukta Arts and Rajshri Productions were formed and their business was making films. But with corporate interventions, there is a lot of discipline in the way films are being made. Budgets are tight, films are finished during the decided timeline and actors also have many perks. There wasn’t anything like that before,” she recalls. Anything you miss from that time, we ask. “There used to be more camaraderie, which is missing now because every artist is doing other things as well. I am also doing it,” she says with a smile.

At a time when a lot of actresses maintain that this is possibly the best time for actresses to be working in the industry, in terms of stories, the reigning queen of the 90s seconds this belief. “I agree. The kind of stories, plots and the way women characters are being written is wonderful. This is a great time for women to be in films because different kinds of films are being made and accepted,” says the actress. But what about OTT platforms, as many actresses of her time have made their presence felt on them, the most recent being Karisma Kapoor. Madhuri is yet to do the same but lets it be known that she is open to projects, as long as they do justice to her acting calibre. “OTT is the reality of today, so I don’t have any hang-ups about it. Any role that does justice to my calibre, I will take it. My fans should be happy with whatever I do,” she expresses.

But there have been times when films in which she has had meaty roles, like Total Dhamaal and Kalank, have performed badly at the box office. While this hasn’t affected her fan following, we ask Madhuri why she thinks these films didn’t do well, despite having a big star cast. “The fate of all films can’t be alike. It is a part of showbiz and I have gone through this earlier as well. We put in our best to make a film enjoyable to the audience. But things don’t work out according to our expectation every time,” she concludes.