Mumbai: Avanie Shankar Joshi is an Indian singer, actress, music composer and song writer as well. A contemporary recording artists who loves to create independent music and coming out with her composed and written tracks that are close to what is going on in her life as that’s the only way she thinks that he can interact with all of her fans via music.

She started her singing career in 2015. The turning point of her career was when Meet bros asked her to join them in their shows as a lead vocalist. They were the first ones giving her a taste of the gig life for the first time. Then there was no looking back. She continued with her solo shows and also did collaborative shows with various artists like Shaan, Darshan Raval, Sachin Gupta, Sugandha Mishra, Amit Mishra etc. Due to her powerful stage presence and swag full in her attitude and killer looks she started being called a full package for shows. Then she started shows where she danced along with a dance troop making her performance more crisp and entertaining. 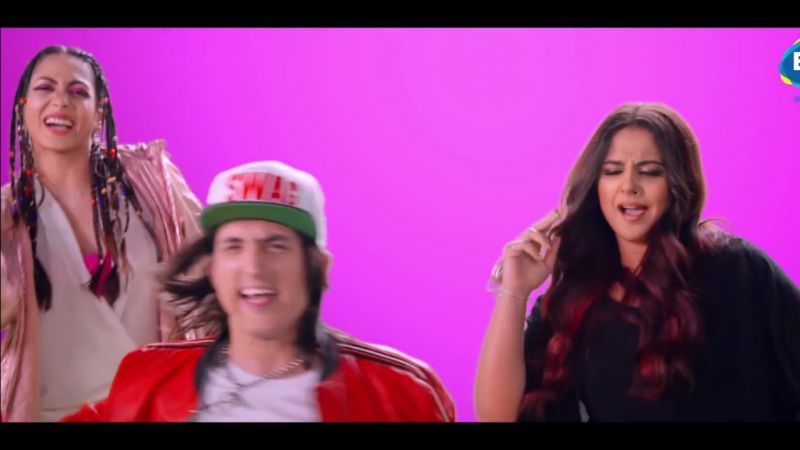 ‘’Dhun Badal Ke Toh Dekho’’  has released on sony music india featuring Avanie along with vidya balan this rap song is written and composed by avanie herself. She was over whelmed with the response of the song. Working with vidya is amazing because she is fun loving actor makes you feel comfortable doesn’t show tantrums one of the sorted actress with whom she had worked.
avanie has also been a voice of many ads that you definitely might have heard like syska led (with irfan khan), chocon, he deos (men’s day), red riding scarves, Sony mix promo etc.

Talking about her background Avanie Joshi is originally from Delhi and is from a family of lawyers. She is heavily influenced by her father Vibhu Shankar who is a terrific and versatile singer himself. He has learnt singing from Lucknow Bhatkhande in classical music. In her early child hood her father used to wake her up early in the morning to practice a few ragas as he always wanted to be a singer Himself but as luck had it his father didn’t let him pursue what he wanted. So he was ambitious about her to at least learn singing techniques. Avanie’s father plays a major role in where she stands today.