Salman Khan and Jacqueline Fernandez could learn a lesson or two on consent. It’s pretty simple — no means no. But then again, film stars in our country are not used to being denied anything. And Salman continues to be brazen.

He proceeded to bring Jacqueline on stage, and asked the kid, “Ab kar raha hai mann? (Now do you feel like it?)” Then, in true Salman style, he pushed the unwilling boy into Jacqueline’s outstretched arms. And, as if that wasn’t enough, he even instructed the kid to hug her for a second time. “Ek aur baar hug karo, tight sa (Hug her once more, tightly).” 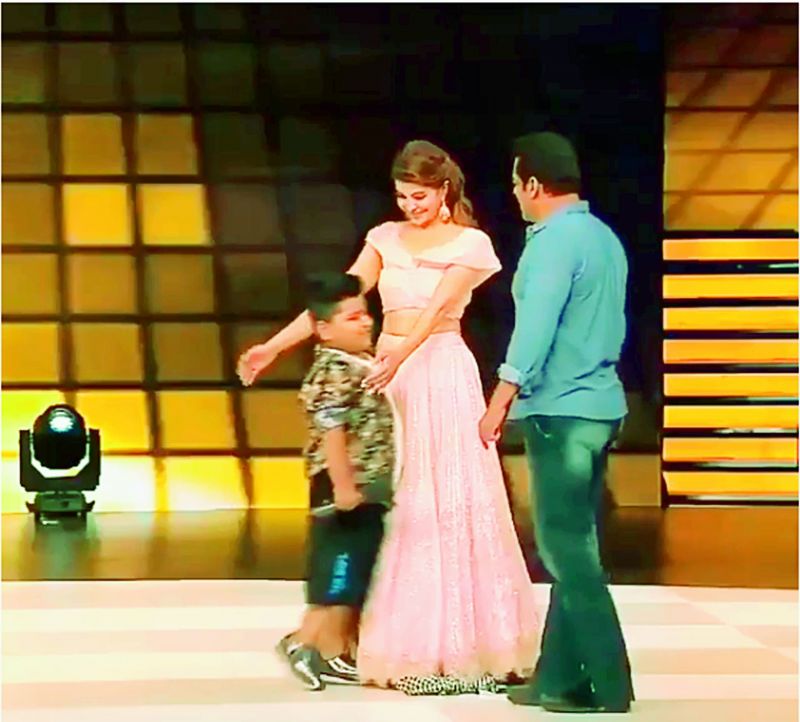 Throughout the gimmick, Salman and Jacqueline were egged on by Anil Kapoor and Madhuri Dixit, both of whom are parents themselves. What a shame.

Now all of this may have ended right there, on the sets of that show, had Jacqueline not ended up feeling mighty pleased with herself. Soon afterwards, she posted a picture of the awkward hug on her Instagram profile, and captioned it, ‘Kids usually love me, this boy was an exception… at least I got my hug in the end.’

And that unleashed the public’s wrath. People started telling Jacqueline and Salman off for forcing a child to do something that he was uncomfortable with, and Madhuri and Anil for being mute spectators

“Kid of 5 or 6 says he doesn’t want to hug Jacqueline Fernandez. Celeb panel laughs. “Aise kaise?” Repeatedly he says he doesn’t feel like hugging her. Body language suggests same. Salman Khan forces him to hug her. Forces him to “tightly hug her” once again. Consent be damned (sic),” wrote @masalabai.
“Guess the scenario would have been different if it had been a girl and a male actor would have done this. This wasn’t funny,” wrote @IamKunal05.

We all know how kids are exploited under the guise of making “entertaining” reality TV content, but to make a mockery of consent is pushing things a bit too far. Not long ago singer Papon was booted off a show for kissing a female participant.

Jacqueline and Salman have a history of getting into trouble for their silly actions. Jackie was recently slammed for smiling at the paparazzi during Sridevi’s funeral, and Salman was called out for using the word “bhangi” in a derogatory manner while promoting a film on another reality show.