DECCAN CHRONICLE.
Published Jun 1, 2017, 8:03 pm IST
Updated Jun 1, 2017, 8:19 pm IST
The actress deleted her pictures from her visit to the Holocaust Memorial, after she was slammed on social media.

The pictures that Priyanka Chopra had posted on Instagram.

Mumbai: Priyanka Chopra’s recent trip to the German city of Berlin for the promotions of her Hollywood debut ‘Baywatch’ landed her in not one, but two controversies.

Was such a lovely coincidence to be in #berlin🇩🇪 at the same time as the Prime Minister. Thank you @narendramodi Sir for taking the time from your packed schedule to meet me this morning. 🇮🇳

The actress, however, shot off the moral police with a sassy 'legs for days' post along with mother.

While the first controversy was completely unjustified and blown out of proportion, Priyanka is now being slammed for clicking selfies at the Holocaust Memorial, created in memory of 6 million Jews killed and buried in mass graves during Hitler's rule.

The actress had clicked selfies with her brother Siddharth at the memorial and posted them on Instagram as a story, captioning them, 'Holocaust Memorial #Berlin" and "sidharthchopra89 and I being tourists. There is such an eerie silence here.' 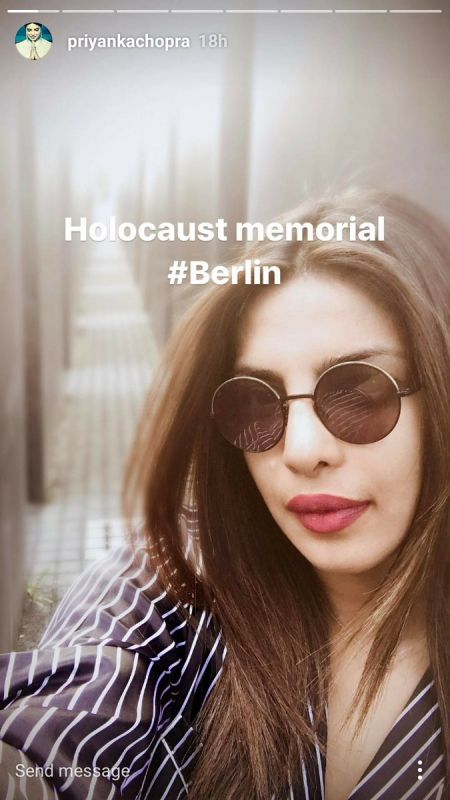 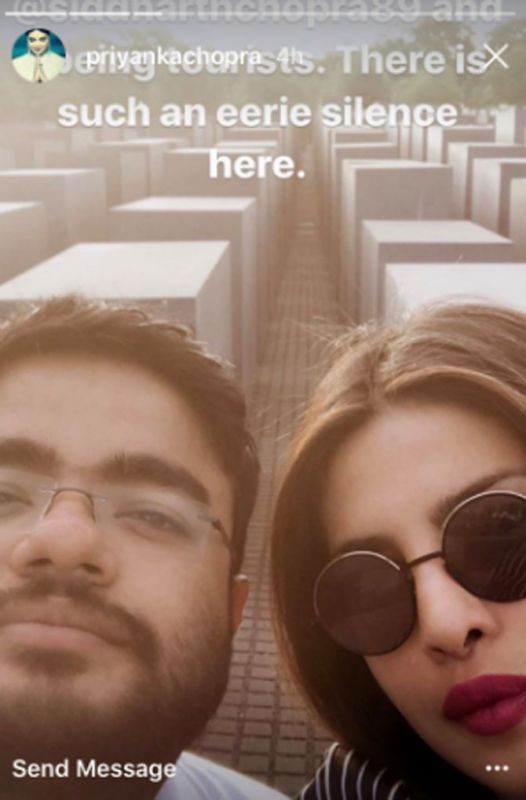 Twitter went berserk over the actress’ selfies, with users calling her 'insensitive crazy', asking if it was 'respectable', calling it an 'attention-seeking stunt' and much more.

Is it respectable for @priyankachopra to be taking selfies at the #Holocaust Memorial? pic.twitter.com/BKPpJOAsE7

Why is it okay for @priyankachopra to take selfies at the #Berlin #holocaust #memorial? She isn't striking yoga poses & all that but really?

Taking selfies at the Holocaust Memorial sounds like EXACTLY something @priyankachopra would do tbh.

Priyanka Chopra took selfies at the Holocaust memorial.. is this a another attention seeking stunt ??? Shouldn't have done that ..

Oh lord. Did Priyanka Chopra really take a selfie at the holocaust memorial? What sort of an insensitive crazy person does that?

Priyanka had previously also courted controversy for the caption on her T-shirt with 'refugee,' 'immigrant' and 'outsider' struck out in favour of 'traveler,' on a magazine cover.