Mumbai: Only recently Shraddha Kapoor and Aditya Roy Kapur wrapped up the shooting of their upcoming film ‘Ok Jaanu’ in a record time of 35 days. While so far we have seen many pictures of the two from the sets of their film, the new pictures show Shraddha Kapoor shooting for the film at Jama Masjid in Delhi. 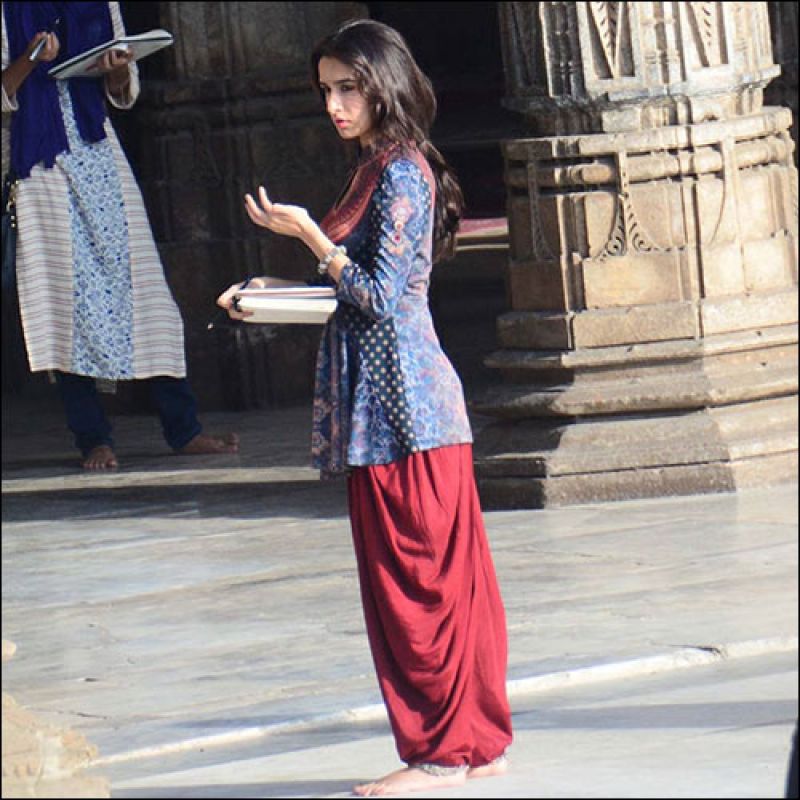 'OK Jaanu' narrates the story of Aditya, an ambitious video game developer who moves to Mumbai and meets Tara, an architect. Shraddha, who was last seen in ‘Baaghi’ will soon start prepping for her next film Half Girlfriend opposite Arjun Kapoor.

'Ok Jaanu' will be the second collaboration between Shraddha and Aditya after 'Aashiqui 2'. The flick is the official remake of the Tamil blockbuster 'OK Kanmani' that was helmed by Mani Ratnam and featured Dulquer Salmaan in the lead. A R Rahman has given the music for the film.