The film is a sequel to the 1997 Salman Khan starrer.

Varun broke the news on Twitter by sharing a picture of him along with Kher standing next to each other.

"@AnupamPkher is the only member of the original cast of 'Judwaa' to be part of 'Judwaa2'. He's a lot fitter and better looking now," Varun wrote. 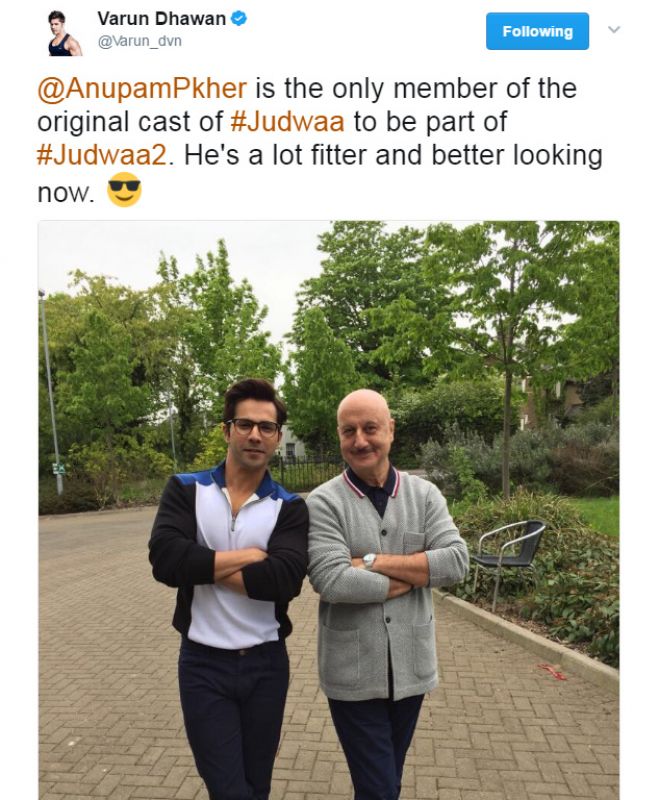 The cast of ‘Judwaa 2’ is currently shooting in London.