Mumbai: Multitalented Farhan Akhtar kickstarts the shoot for the final schedule of his upcoming film 'The Sky is Pink" on 1st March 2019.

The actor announced as he took to his social media and shared the pictures as he starts with the last schedule. 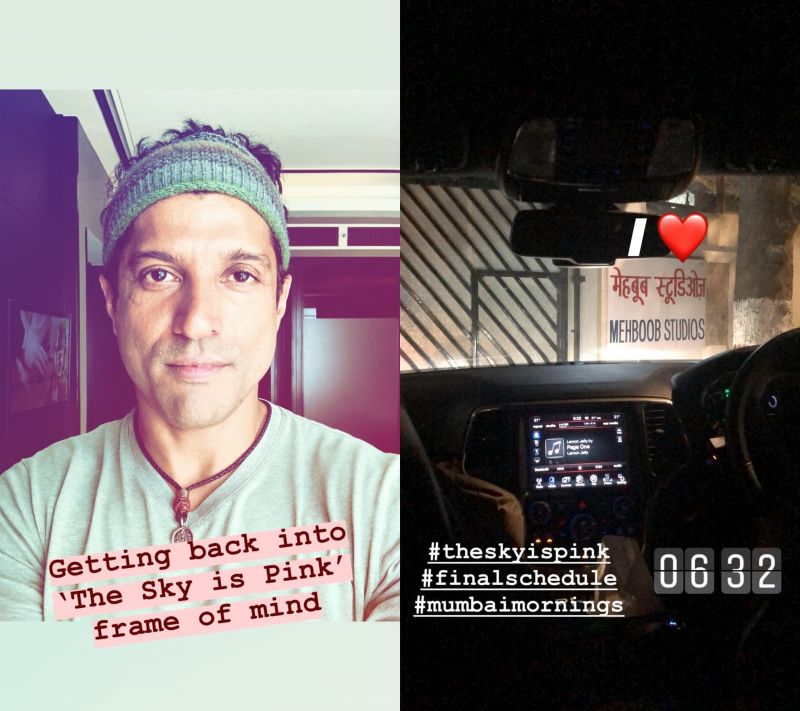 Farhan will be shooting in Mumbai and Andaman - the Nicobar Islands for the last schedule. It is a 2 weeks schedule and as soon as the actor wraps the final schedule of the film, he gets into the prep for Rakeysh Omprakash Mehra's next Toofan in full swing and in which Farhan will be seen essaying the role of a Boxer.

The actor has already started the physical prep for the film and is regular with the exercise.

After 2013, 6 years later, the hit combination of Farhan Akhtar and Rakeysh Omprakash Mehra are all set to reunite on screen for a film based on boxing titled Toofan, an Excel Entertainment production in association with ROMP Pictures.

After playing Olympian sprinter Milkha Singh, Farhan is all set to play the role of a boxer in another sports-drama film titled Toofan.

On the work front, Farhan Akhtar is currently basking in the glory of his recent production Gully Boy and is also gearing up for his upcoming 'The Sky Is Pink' where the actor will be starring alongside Priyanka Chopra after Dil Dhadakne and Toofan.