Malayalam actress speaks out post assault, vows to always get up in life

The actress used this picture for her post on social media.

Mumbai: After almost a month, Malayalam actress, who was molested by a group of men on her way back from a film shoot, speaks out about her ordeal and how horrendous experiences cannot prevent her from ‘getting up’ in life.

In an empowering post, the actress thanks one and all for their support and love and . She wrote: Life has knocked me down a few times, it showed me things I never wanted to see. I experienced sadness and failures. But one thing is for sure, I always get up ! #ThankYouAll #ForTheLove #ForThePrayers.

This post was shared by her co-star Prithviraj Sukumaran on Facebook. The actor had not only criticised the horrific incident vehemently but also vowed not to act in movies that glorify men resorting to disrespectful behaviour towards women. 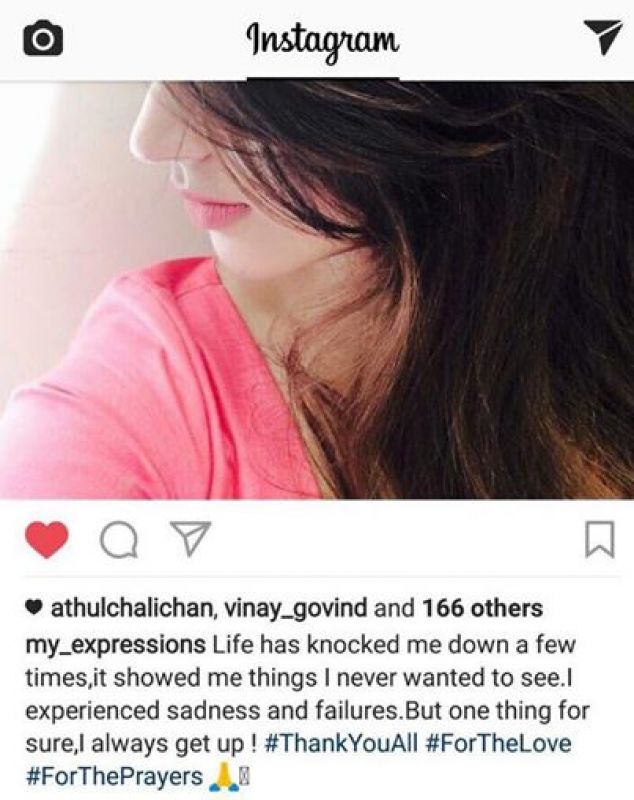 In February, the incident took place on a Saturday when the men stopped and hijacked Bhavana’s car near Athani in Angamaly. The actress was molested in a moving car till they reached Palarivattom, which is roughly 25 kms away. The accused men got down at Palarivattom and fled in another car.

The gang also took video and photos of the actress while threatening her of dire consequences inside the running car. The police have registered a case of kidnapping and molestation.

The actress informed the police that her former driver, Martin, was among those who forcefully entered her car. The police has taken the driver into custody and is taking necessary actions against him.