Mumbai: Bollywood celebrities bid 2017 good and welcomed the New Year with warmth. Here’s what they did:

Shah Rukh Khan was waiting for the new look from his Aanand L. Rai starrer dwarf film along with the whole cast. It has been announced as 'Zero' some time back.

And me also waiting for @aanandlrai film Title with the girls and the whole team. Happy New year all u very loved people. #Kal5BajeSRK pic.twitter.com/1904UTRD08 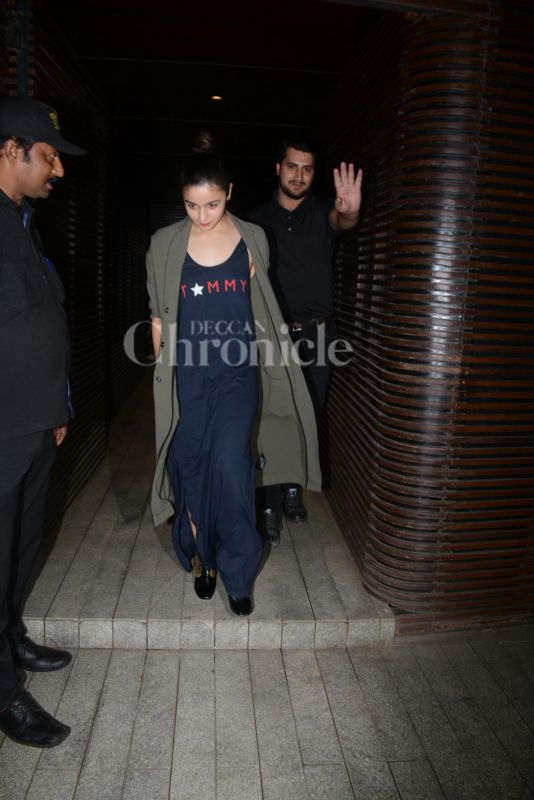 Sunny Leone, like Virushka, rang in New Year in Cape Town with her girl gang.

Haopy New Year everyone! Hope it was as amazing as tonight in Cape Town. pic.twitter.com/2KGzy2P8se

Saifeena (Saif Ali Khan and Kareena Kapoor Khan) and Taimur were all kind of goals.

Hrithik Roshan spent this with his ex-wife Susanne Khan and children Hrihaan and Hridaan. Here’s a cute capture of him with his son:

"I wish I could freeze time or go back in time and watch my kids grow up all over again because it is just going by too fast." ~ Robert Rodrigez . . Here's to another year of beautifully frozen memories...HAPPY NEW YEAR & Thank you for your love and support!! . . (This image belongs to @nehabrackstonephotography . If you’d like to share it on your platform, please give photo credit and do not crop / edit. Thank you!) . . . . #NehaBrackstonePhotography #NehaBrackstone #NehaInspired #FamilyPhotographyMumbai #BestFamilyPhotographerIndia #Canon_Photos #pixel_kids #childhoodunplugged #simplychildren #CandidChildhood #momswithcameras #FamilyPhotographerMumbai #NewbornPhotographerIndia #MissMalini #InstantBollywood #PinkVilla #hrithikroshan

A post shared by Neha Jiwarajka-Basu (@nehabrackstonephotography) on Dec 30, 2017 at 8:37pm PST

Sonam Kapoor spent it with Anand Ahuja in Paris. 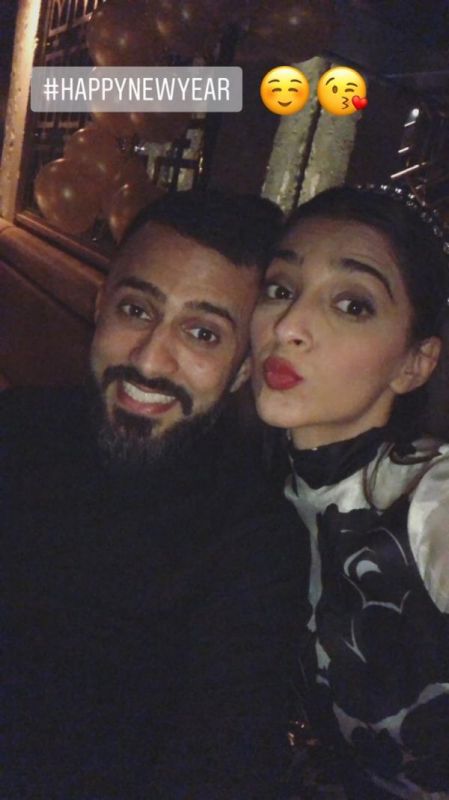 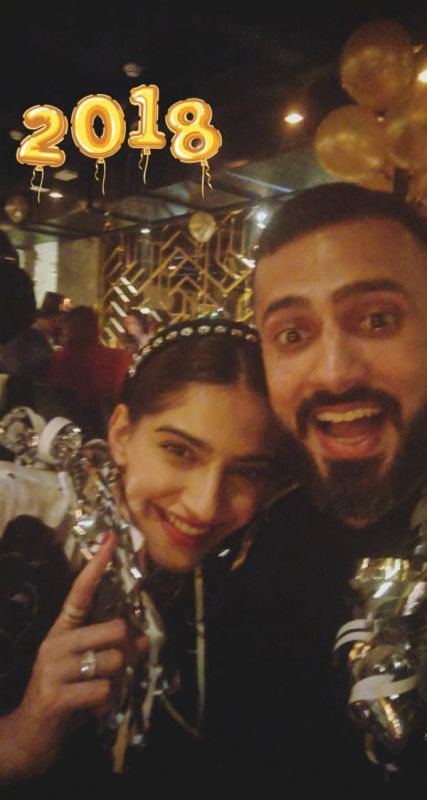 Sanjay Dutt caught up with daughter Trishala. Maanyata posted a photo of the Dutts captioning it:

Bipasha Basu and Karan Singh Grover had a special message to share:

Malaika Arora joined sister Amrita Arora Ladakh in her celebrations. While Sohail Khan was spotted there, Arbaaz was nowhere to be seen. Was he the photographer?

Taapsee Pannu managed to get a picture with the firecrackers.

Will make sure every moment in 2018 will shine as bright as this picture ! #Welcome2018 #NewYear pic.twitter.com/EOGNB5fg1d

Kapil Sharma was in Mount Mary.

Wish u all a very happy new year 😇 #mountmerry pic.twitter.com/MVFBRktXzd

Raveena Tandon posted a video of firecrackers in Bangkok skies. Here it is:

And fireworks light up the Bangkok skies! ❤️❤️🥂🎉🎉🎉 Happy new year to all of you in India and world! Enjoy!!!! pic.twitter.com/QdIQ9yC0GO