Rajinikanth had done a cameo in Shah Rukh's 'Ra.one'.

Mumbai:  Shah Rukh Khan is known to be a very generous superstar and he's never shied away from promoting his contemporaries or other's films.

But, when it comes to superstar Rajinikanth, SRK's involvement increases manifold. 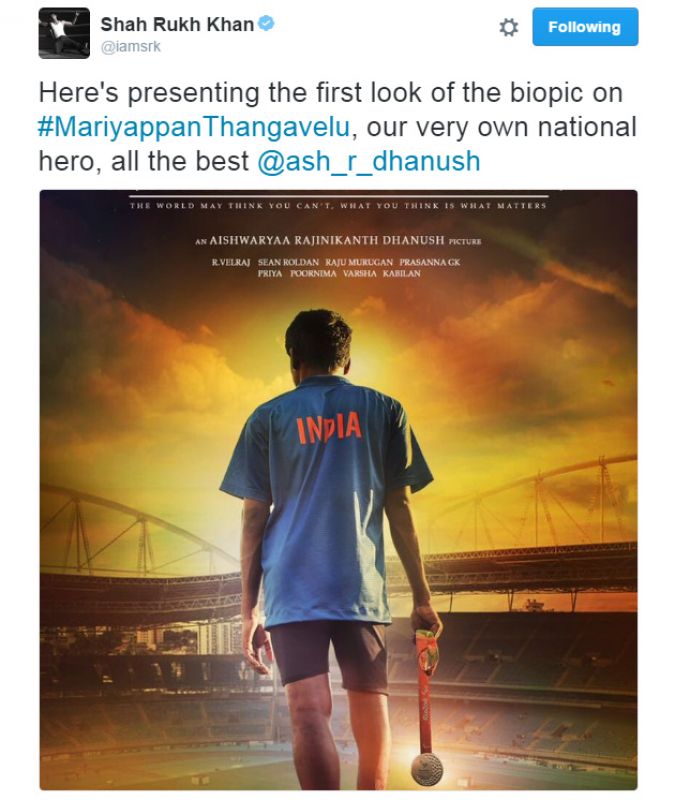 The film, incidentally, is a sports biopic, which has been a very successful genre of late, across industries.

Aishwarya, who's married to actor Dhanush, has earlier directed the film '3,' which had the iconic song, 'Kolaveri Di'.

It remains to be seen if she'd be able to recreate that magic with 'Mariyappan'. The cast and other crew are yet to be revealed.

■Finally! Priyanka speaks about being a part of SRK's Sahir Ludhianvi film
■RGV watches Aamir's Dangal, loses it and takes digs at Salman, SRK
■'Raees' Shah Rukh Khan does not want you to drink and drive this New Year's eve
■Amid ban on Pak artistes, video of Mahira Khan taking a dig at India goes viral