The era of the Anthropocene and mass extinctions is with us. There is no turning the clock back.

Solutions being put forward are no more than band-aids since there is no appetite for any radical makeovers of the system that perpetuates and feeds population growth.

In recent years, the threats posed by global warming and international migration have focussed policy attention in the West in particular on the consequences of and need to arrest population growth in the so-called developing world.

Media reports highlight the effects of overconsumption on already fragile ecosystems and the issue with plastics in particular has become a metaphor for runaway population growth and overconsumption. The West, for close to half a century, has been battling with the issue of low fertility rates in the context of new and diverse family arrangements, same-sex relationships and so on.

And in recent years, the imagined and real threats from increased migration, both legal and illegal, have become a key trope used by all varieties of conservative and nationalist politicians in Europe, the USA and Australia and their media backers who rather openly and unapologetically decry the threat posed by immigrants to the Australian way of life, Mexicans to the security of the US nation, Europeans to prosperity in the UK and boat people to the very survival of the nations that collectively make up Europe.

While there are real life-and-bread issues faced by relatively poorer nations in Europe such as Greece and Italy who have been net-receivers of migrants in Europe, it is nevertheless important that we keep in mind the shift that has occurred in thinking about population growth from a Darwinian perspective to a Malthusian one. While the ‘survival of the fittest’ fuelled and justified the growth of Empire, transmigration and the decimation of indigenous populations such as aboriginal communities in Australia and Native Indians in North America, it is interesting that in a postcolonial era it is Malthusian, rather than Darwinian thinking that the West has sought to apply to its global population policy.

Australia, for example had a ‘Whites Only’ immigration policy until the early 1970s and even today, despite a change in immigration policy there are immigration ministers who are keen to fast-track the migration of white, South African farmers over nonwhites. So in a cynical sense and in this post-colonial context, migration can be seen as an example of populations coming ‘home’ as it were to the countries that shaped their thinking, their ideas about consumption and about the efficacies of Modernity over the dead ends of Tradition. 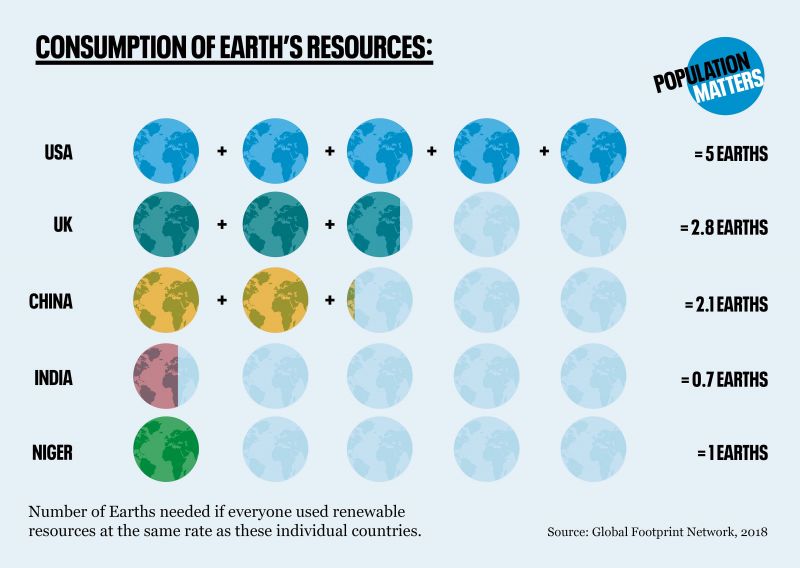 Arguably, even the Arab ‘other’ finding his or her way to Europe is a consequence of the many proxy wars fought by Western interests in those regions of the world that were once stable but that have now degraded into failed states. I am not being facetious. There is, in a sense, a heightened, perhaps ‘imagined’ population growth that has become a priority in the West because people from once stable countries have suddenly become unmoored and on the run because of wars over resources that have been key to the prosperity of the West. It was okay as long as those people remained where they were. It became a problem when they began to arrive in the West on rickety boats, freight trains and container trucks.

So there are colonial and postcolonial histories and worries about population growth that are tied to the primacy and survivability of ‘Western Civilization’ and the Western way of life in the context of what is interpreted and mediated as the threat of uncontrolled migration.

There are, however, issues related to population growth, endemic to the developing world. It is a subject that is rather sensitive and in the case of India today is tied up with Sanjay Gandhi’s forced sterilisations, majoritarian angst over real or imagined growth in numbers of a significant minority in India, border crossings in North East India and Census counts that do have the potential to be turned into a Hindu nationalist, us versus them issue.

One attempt at managing population has been via technologies of enumeration such as the Unique Identity (UI) project although ostensibly it is directed at streamlining welfare payments and curbing ‘leakages’ and corruption in the disbursement of welfare entitlements. At least this is the official line.

This view is contested since is the potential for it to be misused to restrict welfare payments to those deemed to be ‘multiplying’. Arguably, the UI is about managing Indian citizens and weeding out ‘foreigners’ although this is a tough proposition in the context of the fickle nature of biometric-based identifications and the potential for corruption in the verification and other related process linked to the UI.

However, it would also seem to be the case here that, the Government of India, rather typically has invested in the symptoms of population growth but not in solutions to it. Take for example, the provisioning of water for all that is key to the survival of the human race. Water disputes with larger neighbours like China are bound to become even more protracted in the years to come although nationwide investments in improving waterways, cleaning up India’s river systems, enforcing strict penalties for sand mining, controlling the exploitation of groundwater resources by real estate, improving water harvesting — matters that are key to the survivability of populations, are simply not being dealt with on a war footing. The unsustainability of all these apartments in Noida being fed by substandard water is staring everyone in the face although there does not seem to be the political will to curb such unchecked development. I shudder to think of the wastelands such regions will become when water resources dry up.

While many states in India are investing in desalination plants, these have not become a priority. The decline in forest cover and biodiversity is a related issue that is also linked to population growth. The era of the Anthropocene and mass extinctions is with us. There is no turning the clock back. I do not think that there is the political will to deal with this — neither in Trump’s USA nor in Modi’s India. The solutions being put forward are no more than band-aids since there is no appetite for any radical makeovers of the system that perpetuates and feeds population growth — capitalism and capitalist growth premised on the endless exploitation of finite resources.

As Noam Chomsky is reputed to have once said: “You cannot control your own population by force, but it can be distracted by consumption”.

(The author is associate professor at the Centre for Communication and Social Change, the University of Queensland, Australia. His latest book: The Indian media economy - Volume 1: Industrial dynamics and cultural adaptation)