Final frontier: Sky is the limit for 2 IISc start-ups

They are located two buildings apart, but certainly not in swanky workplaces. In a year or two, however, the likes of Elon Musk could be reaching out to these two start-ups for a peek at new rockets and satellites designed by them. For, Bellatrix Aerospace and Astrome Technologies, both start-ups tucked inside the verdant campus of Indian Institute of Science (IISc), Bengaluru, are stretching the limits of technology to roll out a new generation of inexpensive rockets and reusable satellites, the latter to enhance internet connectivity across the world. Incidentally, both have caught the eye of A.S. Kiran Kumar, chairman of Isro (Indian Space Research Organisation), who recently spoke of their projects while egging on Antrix Corporation, the corporate arm of the Indian space agency, to grab a bigger slice of the multibillion dollar global space market.

Bellatrix Aerospace has won the Technology Development Board’s National Award-2017 for its innovative satellite propulsion design, which will bring down the cost of satellite missions in future. The company has patented an electric propulsion system for satellites, and won a developmental order from Isro. Experts at Isro’s  Liquid Propulsion Systems Centre (LPSC) are reviewing the project as part of their hand-holding effort. “We will deliver a model soon which is almost as good as one which could power future satellites for tests. This will be followed by space grade thruster which will power an operational satellite,” says Yashas Karanam, director and chief operating officer of the start-up.

Bellatrix also intends to be a game changer with its inexpensive, reusable rockets, christened Garuda (for hoisting satellites weighing one tonne into orbits 700 km from the earth) and Chetak (for small and nano satellites weighing up to 200 kg into 500 km orbits).  “When we talk of reusability, you might be familiar with how they restart the engine and do supersonic retro propulsion and bring the rocket down on SpaceX’s Falcon 9. It’s a throttle-able engine and so is ours. But, Chetak will have a unique recovery mechanism unlike any existing today. More details of the planned recovery mechanism will be revealed later,” says Rohan M. Ganapathy, CEO and director of Bellatrix Aerospace.

In the same neighbourhood, Dr Neha Satak, founder and CEO of Astrome Technologies Pvt Ltd, and her colleagues have patented innovative technology which will provide very high speed broadband internet connectivity and data transfer across the world, in particular to rural pockets, through a constellation of 200 microsatellites, thus enhancing not only the number of internet users, but a wide array of online applications. “Space internet dealing will become much more reliable with our technology,” says Dr Satak, adding that the millimetre (MM) wave transponders of these satellites will be able to provide higher capacity than those of OneWeb, SpaceX and Boeing, thanks to the patented wireless communication technology of her start-up, which provides more communication capacity. 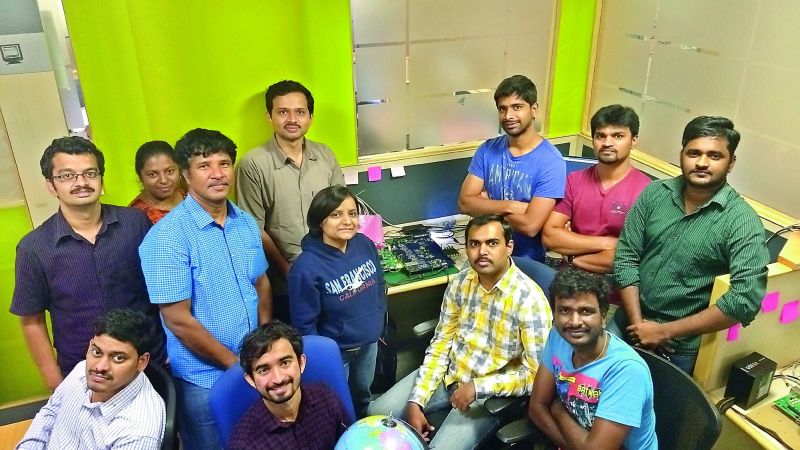 Dr Neha Satak and Dr Prasad Bhat along with their colleagues at Astrome Technologies, Bengaluru.

Dr Satak, who launched two start-ups in the United States before returning to India to launch Astrome along with Dr Prasad Bhat, says the start-up will forge partnerships with local firms in countries across the world, not only to provide high speed internet through microsatellites, but also compliment ground based infrastructure and enable all telecom service providers to offer 4G connectivity even in remote areas. Dr Satak said each microsatellite with MM-Wave transponder would cost $2-3 million, but the start-up would be able to break even in two years. With these start-ups aiming high, Isro’s Mr Kiran Kumar would certainly like his colleagues to think out-of-the-box to keep Antrix Corporation’s cash registers ringing.

New look: Copper gets a new shine and market