New Delhi: Around 70 students were detained after scores of them engaged in violent protest outside the HRD Ministry to vent their ire over the alleged suicide of a Dalit research scholar of Hyderabad Central University.

Students under the banner of Left-affiliated All India Students Association (AISA) and Students Federation of India (SFI) and Congress-affiliated National Students Union of India (NSUI) marched to Shastri Bhawan to seek HRD minister Smriti Irani's intervention in the issue.

The protest turned violent as students tried to jump over barricades and attacked security personnel causing injuries prompting the police to use water cannons and detain students. 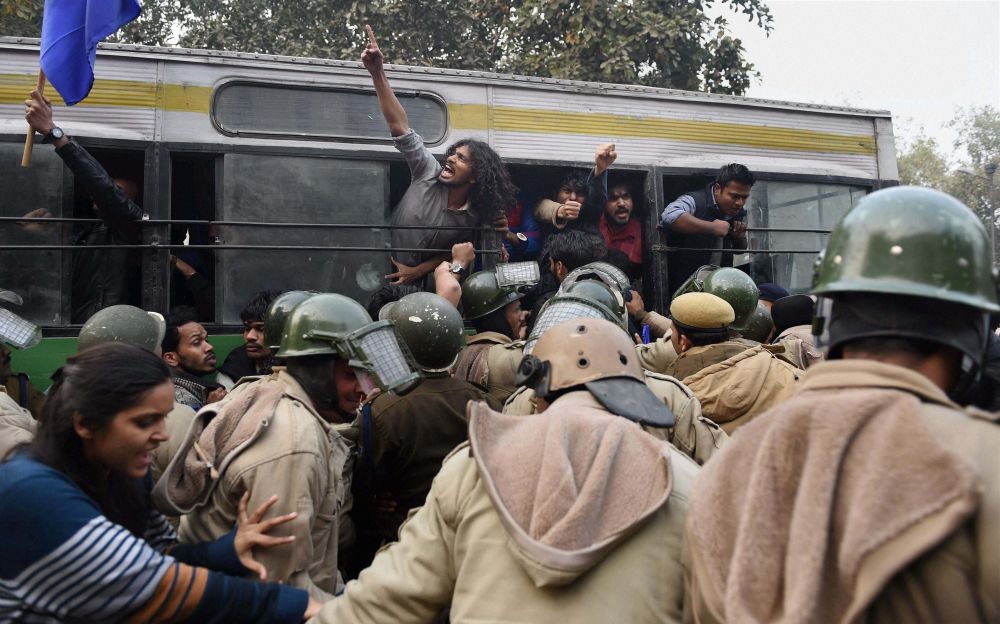 "The protest turned violent and several police officials including an Additional DCP and SHO of Connaught Place police station were injured," DCP (New Delhi) Jatin Narwal said. According to police officials, around 70 students have been detained so far. The dead student, Rohith Vemula, was among the five research scholars who were suspended by Hyderabad Central University (HCU) in August last year and also one of the accused in the case of assault on a student leader. They were also kept out of the hostel. The suspension was revoked later.

Union Labour Minister Bandaru Dattatreya and Hyderabad University Vice Chancellor were named in an FIR over the death of the scholar, which triggered massive protests and demands for their removal from their posts.

The issue also took a political turn with allegations that the extreme action was a result of discrimination against Dalit students at the behest of Dattatreya, who had written a letter to Irani, seeking action against their "anti-national acts".

The HRD ministry has constituted a two member fact finding team to look into the the incident.

After killing of pregnant elephant in Kerala, another similar incident comes to light