THIRUVANANTHAPURAM: It took just a day for artist Chirayinkeezhu Sreekantan Nair, 74, to design the 117-sovereign Kalolsavam golden cup, but the concept of ever rolling trophy continues to be relevant even 30 years later.

The pricey cup is taken back into state treasury after each award function, and the students are given just the replica made of mahogany wood.

Back in 1986, Mr Nair who had passed out of Fine Arts College in the city used to draw and design the children's magazine Balarama.

“Though government started a contest to find designs for a gold cup, they were not impressed by design ideas they received. It was then poet Vyloppilli Sreedhara Menon asked me to come up with an idea,” he said.

The cup he designed had an image of a book in its base that stood for wisdom, over the book was a hand that is necessary for showing mudras. On the top was conch shell that represents sound and beauty. 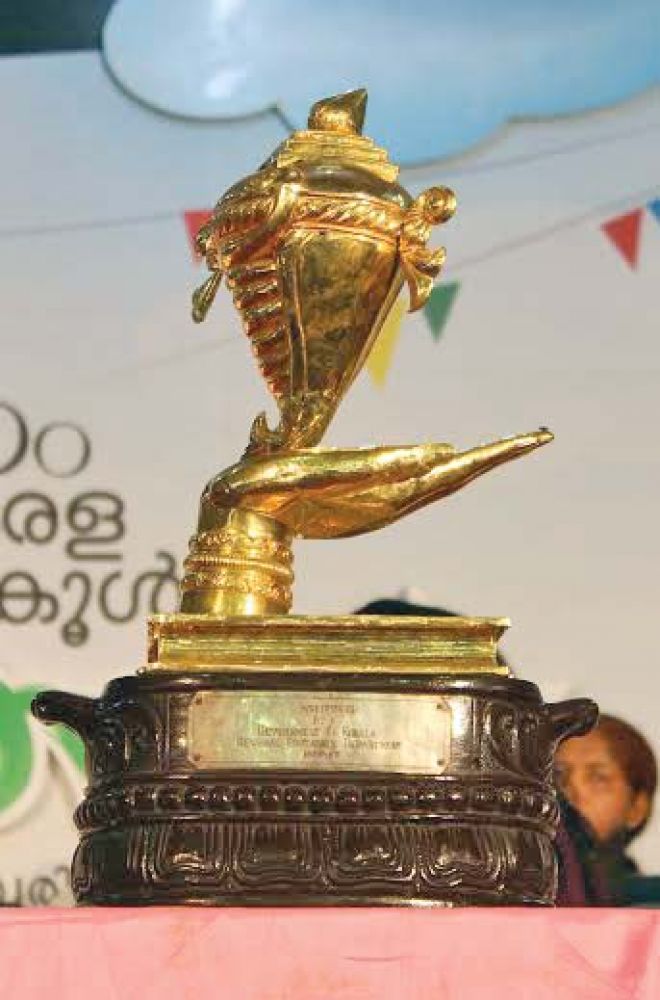 He made the design first on thermocol, then on clay, plaster of Paris and wax. The rest was history, and it stood as a synonym for Kalolsavam which is now Asia's largest annual youth festival.

“The goldsmiths who were making it was asked to make the cup with 101-sovereign gold, but they needed 16 more sovereigns to complete," he added.

The cup that will be unveiled once again on Monday will again bring joy to Mr Nair, who has won Lalithakala Academy awards multiple times.