Barring the token win in Zimbabwe, the Men in Blue have lost their previous two challenging ODI contests played since the World Cup here last year, against Bangladesh (away) and South Africa (home). They are now on the brink of losing a third successive series. (Photo: AFP)

Melbourne: Their bowling frailties thoroughly exposed in the first two ODIs, India are left with no option but to bank heavily on their batsmen to steer the side and upstage the rampaging Australians in the must-win third cricket one-dayer here on Sunday.

Check out: Michael Clarke comes back but only as mistake on scoreboard

The Indians lost the first two ODIs despite setting targets of more than 300 for the Aussies, the sort of debacle which prompted under-fire skipper Mahendra Singh Dhoni to admit that his batsmen will have to take more pressure given that the bowlers have been a huge letdown.

Sunday is effectively India's last chance to salvage any hopes of turning the tables in this ongoing five-match series.

Barring the token win in Zimbabwe, the Men in Blue have lost their previous two challenging ODI contests played since the World Cup here last year, against Bangladesh (away) and South Africa (home). They are now on the brink of losing a third successive series.

Read: You don't want MS Dhoni to become a liability for the team: Ajit Agarkar

It is not a comfortable position for Dhoni to be in. The calls for moving beyond his reign had grown louder with each passing defeat last year.

So much so, the BCCI had to check the situation and announce him as the limited-overs' captain at least until the 2016 World T20.

Dhoni was absent from that summer tour to Zimbabwe, and as such now has back-to-back defeats. At this juncture, with his team staring down the barrel, he needs to show why he is still the man to do the job.

Of course, it will be easier said than done as the resources at his disposal don't paint a pretty picture. He was on target in the post-match press conference in Brisbane, highlighting that his batsmen have scored 300-plus in consecutive games in Australia.

Yet, he must also be fully aware that the score doesn't really matter unless his bowlers can defend it and the harsh truth is they have failed twice in a row. When the Indian skipper talked about asking his batsmen to score 330-340 from here onwards, he wasn't joking.

Rohit Sharma and Virat Kohli are going great guns at the moment and need to shoulder even more responsibility. Their partnership strike-rate at Brisbane was markedly better than at Perth, a concern obviously addressed in the turn-around time between the two games, and yet the death overs bore a similar look. 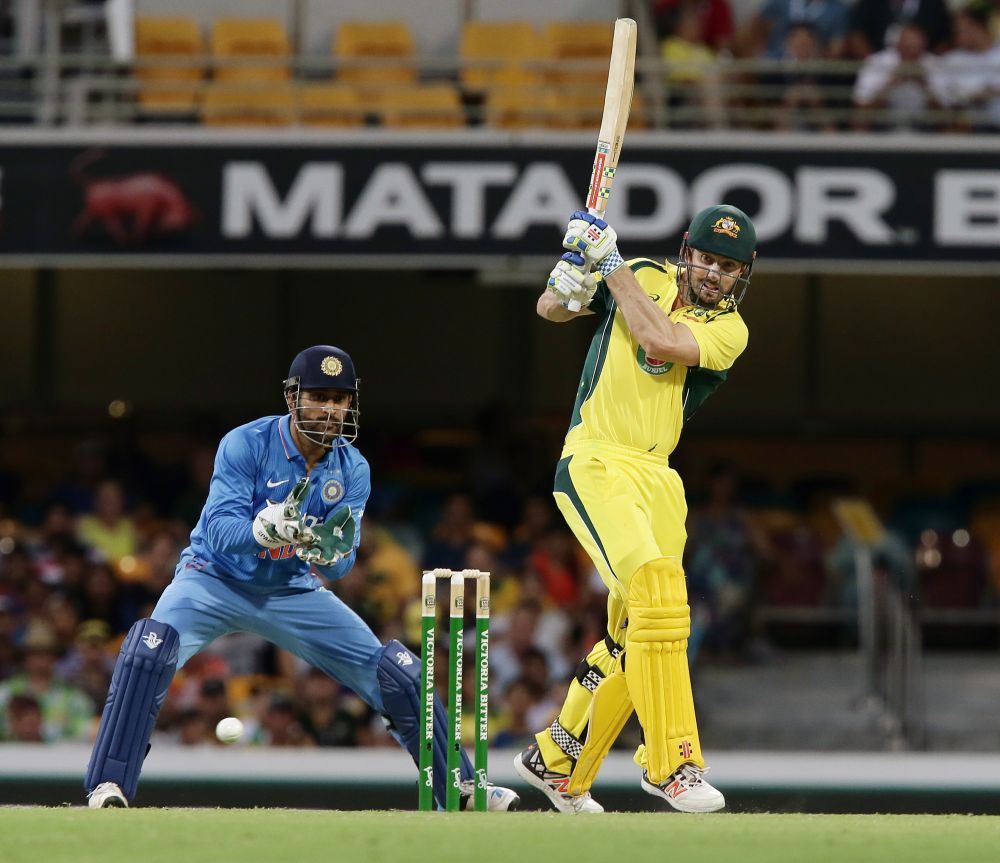 Ajinkya Rahane played a handsome hand but it wasn't enough to power through to the finish. Dhoni admired the way the No 4 batsman performed, but also mentioned his lack of power hitting. 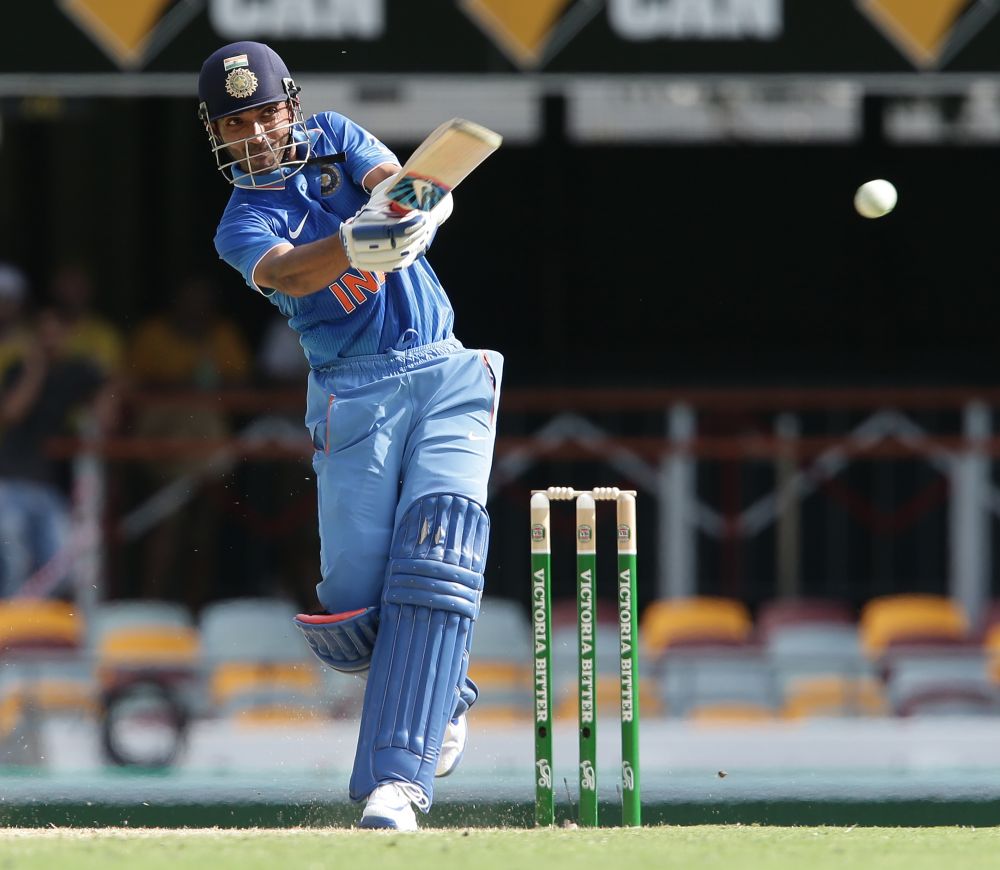 Ajinkya Rahane during the Brisbane ODI. (Photo: AP)It cannot be yet ascertained how well Manish Pandey played his role and still Dhoni ought to have a re-think regarding his selection. Could giving Gurkeerat Mann a chance help find a solution? Whatever Pandey can do, given his lack of experience, perhaps Mann could do the same.

And at the same time he could also bowl a few overs, thus sharing the load of the five-pronged bowling attack. The question to ask here is, will this be India's best-available batting line-up?

That was the premise on which Dhoni rejected the idea of picking Rishi Dhawan once again. But apply the same to Shikhar Dhawan's odd run of form, and things do not fit.

The left-hander's inconsistency at the top of the order is a huge concern, one that continues to be neglected by the team management in the garb of his firepower when he occasionally gets going.

Dhawan doesn't have a single ODI hundred in the 13 games since his last century against Ireland at Hamilton during the World Cup. With 8 of these matches played in the sub-continent, he averages only 29.07 with a strike-rate of 79.91 in this duration.

It is nowhere near good enough for a top-order batsman, let alone an opener. Especially when dropping him from the eleven could solve India's conundrum twofold -- Rahane's bid for an opening slot as well as allowing both Pandey and Mann space in the middle order.

However, that solution will be a huge departure from the manner the Indian team is selected. In simpler terms, it doesn't fit the 'best eleven' parameter ahead of a must-win game and as such any changes in this regard will be too much to expect.

Rest assured though, Dhoni will reconsider his bowling attack, even if it isn't as much about the combination. It is expected to be a 3-2 scenario, with the only question pertaining to the three pacers, as R Ashwin and Ravindra Jadeja are certainties to be picked given the drop-in pitch at the humongous MCG.

Despite a dropped catch last night that effectively cost India crucial momentum, Ishant Sharma will be in the mix on account of bounce. But it remains to be seen if the team management backs Bhuvneshwar Kumar (economy of only 4.66 in Perth) in place of Umesh Yadav.

Whatever the combination, India will take the field with a praying for 320-plus and then not dropping any catches thereafter.

Meanwhile, Australia travelled leisurely to Melbourne on Saturday, fully aware of their form and stronghold over the series' situation.

David Warner is still on paternity leave, so the only expected change could be the return of Mitchell Marsh although John Hastings did put in a strong showing at the Gabba to give additional options to Steve Smith.

Despite the absence of Josh Hazlewood (rested for the remainder of the series), the Australian skipper now has an eager battery of bowlers at his disposal, all itching to play despite their relative inexperience.