According to Nikkei PMI, a softer rise in factory new orders resulted in weaker growth of production, with rates of expansion at four-month lows in both cases.

Mumbai: The growth in India’s manufacturing sector fell to a four-month low in June amidst slowdown in new order and production ahead of the implementation of the GST.

The widely tracked Nikkei Manufacturing Purchasing Managers Index (PMI) dropped to 50.9 in June from 51.6 in May.  According to Nikkei PMI, a softer rise in factory new orders resulted in weaker growth of production, with rates of expansion at four-month lows in both cases. 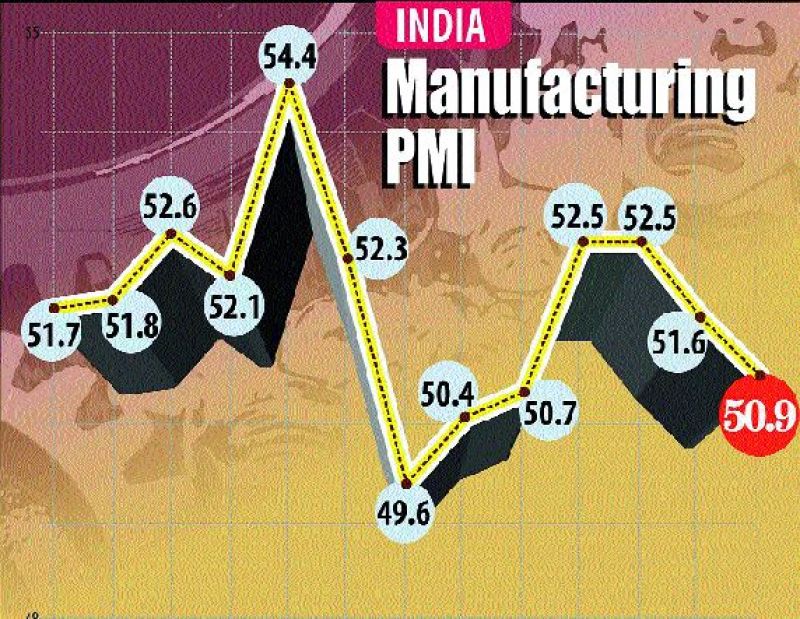 “For the third month in a row production growth in India eased during June. The slowdown occurred due to weak client demand, with order books up at a slight and softer pace. In many cases, businesses indicated that growth was held back as a reflection of water scarcity and the impending introduction of the GST,” said Pollyanna De Lima, economist at IHS Markit and author of the survey report.

The survey also highlighted that the confidence towards future performance was mixed among goods producers. While some firms anticipate the new tax system to generate more business, others expect the GST to have a detrimental impact on their order books. As such, overall optimism slipped to a three-month low.

However, the PMI survey showed strong foreign demand for Indian-manufactured products in June. New orders from external markets increased at a solid rate that was the most pronounced in eight months.

Economists at Nomura believe that the output growth should improve as firms resume production following the GST and as monsoon rains alleviate the water shortage. “The weakness in the manufacturing sector in June seems to have been led by transitory factors such as the GST and water shortages. Some overhang from the GST (weaker production) could continue in July as it could take firms more time to adjust to the new tax regime. However, given that the weakness was led by intermediate goods while consumer goods demand and production strengthened, we view this as a temporary disruption,” Nomura said in note to its clients.