Hyderabad: The GST Council on Saturday decided to reduce consumption tax on nearly 30 goods of daily use and exempted small and hybrid cars from the proposed cess. SUVs, mid-sized and luxury cars, however, will get costly by 2 to 7 per cent.

“Tax rates were fixed on the basis of equivalence  as we had decided to maintain the tax rates to match pre-GST rates. Under GST, small petrol and diesel cars enjoyed a tax advantage of three per cent. However, we have decided to maintain status quo on small petrol and diesel cars. So even if it has got cheaper, let consumers enjoy the benefit,” Mr Jaitley told reporters after an eight-hour long GST Council meeting here. 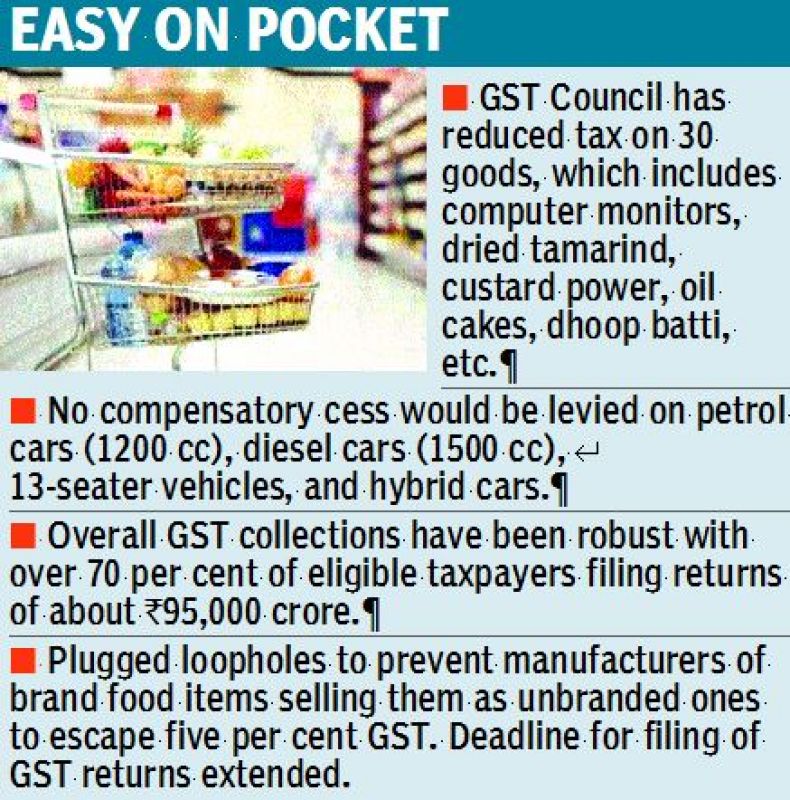 According to the minister, a 2 per cent additional cess will be levied on mid-sized cars, 5 per cent on large cars and 7 per cent on SUVs, taking the total incidence of taxation to pre-GST levels. Despite the levy of cess, the large cars and SUVs would cost less as their tax incidence had come down by 8 per cent and 11 per cent respectively. At its last meeting on August 5, the panel had approved hike in cess on mid-, large-sized cars, SUVs, hybrid and luxury ones to up to 25 per cent, from 15 per cent. An ordinance was promulgated and the council on Saturday looked into the quantum of hike.