New Delhi: US retail behemoth Walmart Inc announced Wednesday that it was acquiring a 77 per cent stake in India’s largest e-commerce firm Flipkart for about $16 billion (Rs 1.05 lakh crores), in what was pegged as the world’s biggest e-commerce deal. 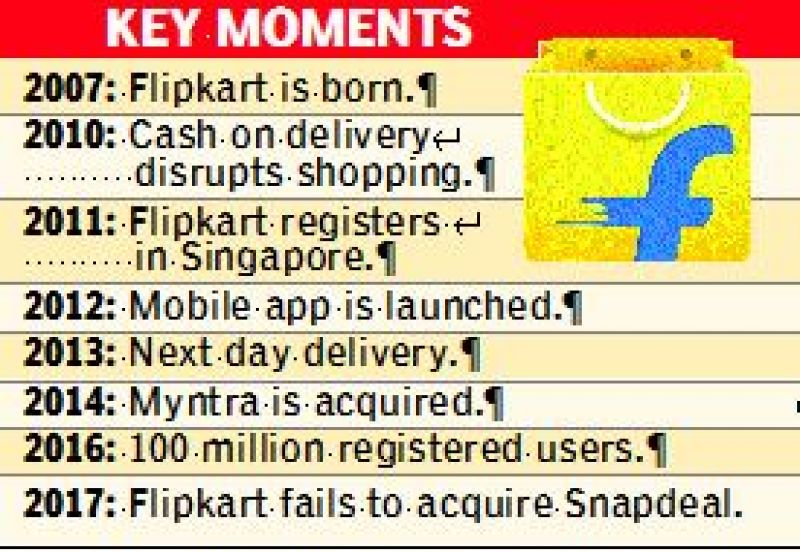 This will give the US retailer access to the Indian e-commerce market, that is estimated to grow to $200 billion within a decade. This deal means the Indian e-commerce space will now be dominated by two US retailers — Walmart and Amazon. In the US, Walmart and Amazon are locked in an intense competition to get the upper hand in retail, which will now be extended to India.

The deal, where co-founder Sachin Bansal and Japan’s Softbank are exiting, values Flipkart at $20.8 billion. It is also the biggest M&A deal in India this year.

Uday Shankar to step down as Star and Disney India chairman