Generally, before the launch of a new car, a lot of things are predicted. But, Skoda has left no room for that and has recently teased the exterior of its upcoming SUV - the Kodiaq. And now, the company has released some detailed images of the SUV’s cabin. As expected, this SUV shares some interior features with the Superb but, there are also lots of elements which distinguish the Kodiak’s interiors from the sedan.

As you’d expect, there are a few elements shared between the Kodiaq and Superb, but there’s enough distinction in the layout to give the SUV’s cabin a personality of its own. The 3-spoke steering wheel features gloss black and dull silver touches and gets mounted controls to manage the infotainment system, telephony and multi-information display (MID) screens. The instrument cluster itself has been derived from the Superb and you also get the same capacitive touchscreen infotainment interface paired with a sound system by Canton (most likely a 12-speaker setup).

From the images and teaser video we can deduce that the Kodiaq will get an expansive feature list, including ventilated seats with leather upholstery, 3-zone climate control, blue ambient lighting, aluminium finish floor pedals, a closable storage area in the centre console and parallel park assist. 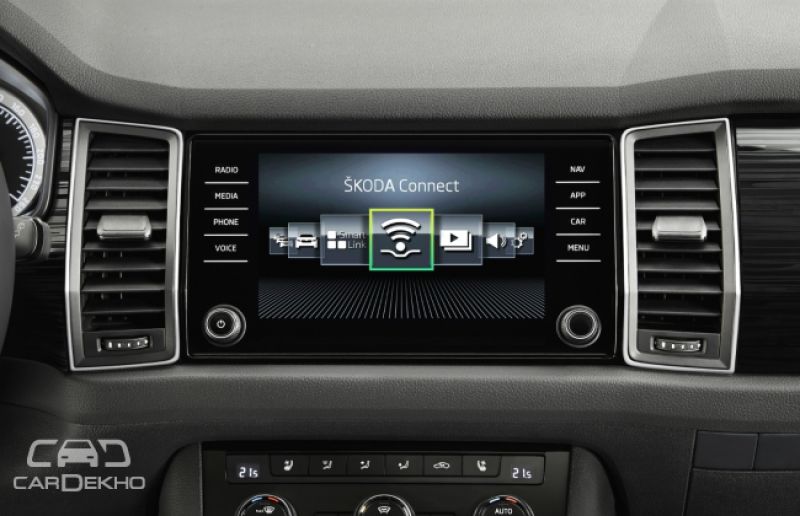 The 2nd-row seat can be split 40:20:40 and occupants in this row will also get a manual sunshade on the windows, apart from floor mounted rear AC vents. Skoda’s latest offering will be optionally available as a 7-seater with 50:50 split 3rd-row seats that can be folded into the boot floor to accommodate more luggage. A 12V power socket is available in the last row as well.

As expected, the all-new offering comes with a heap of bells and whistles and offers enough luxury to rival the likes of the GLA Class, Q3 and X1, while taking the battle to the Ford Endeavour and new Fortuner. 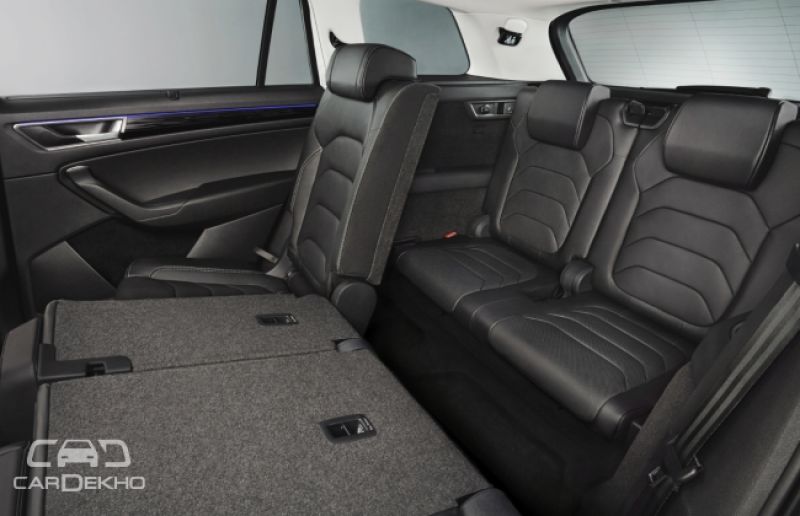 The Kodiaq will be launched in India next year and depending on the market, it will be available with a range of two diesel and three petrol engines. The India-spec model will share select powertrain options with the Superb, but it will be offered with all-wheel drive as well. 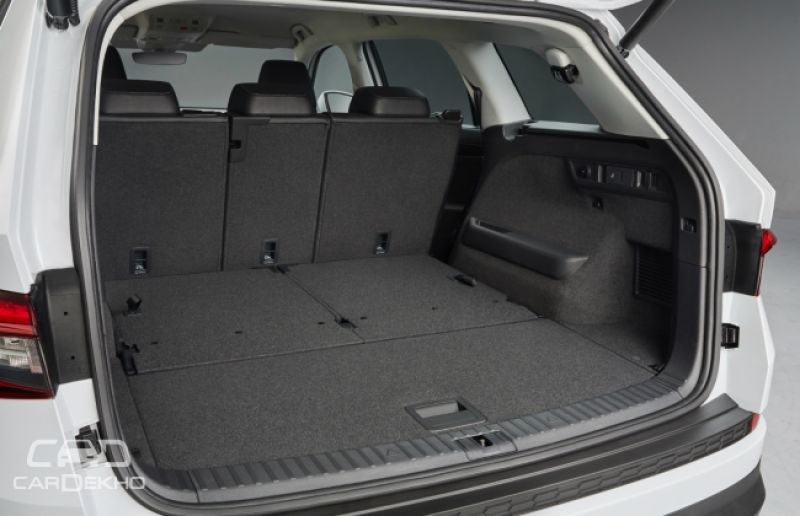