Tata Motors is steadily building up its reputation in the passenger vehicle segment. With the introduction of IMPACT philosophy-boasting cars like the Tiago, Hexa and the latest, Tigor, it has been able to please a lot of customers. The recently launched Tigor starts at Rs 4.70 lakh (ex-showroom, Delhi) and aims to target the segment leader, the Maruti Swift Dzire, along with the competition. Let's have a look at the variants of the Tata Tigor. 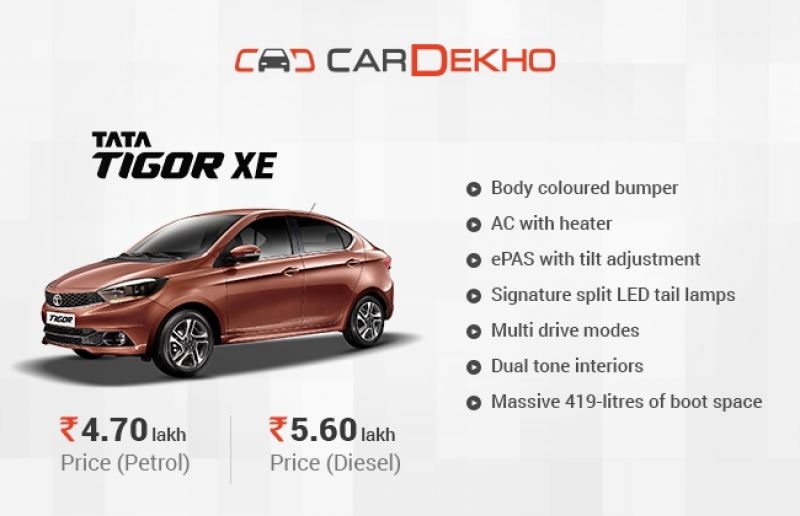 The XE is the base variant of the Tata Tigor and thus, gets bare minimum features. However, it does get body-coloured bumpers so that nobody is able to judge whether it’s a base variant (as bumpers are generally black in such cases). The compact sedan gets multi-drive modes, dual-tone interiors, AC with heater, 7-speed front wipers, tachometer, collapsible door handles and door open & key in reminder. It misses on an important feature - central locking, even the manual option isn’t provided. This variant is suited for a person who’s tight on the budget but still wants to enjoy the charm of having a car with a boot. 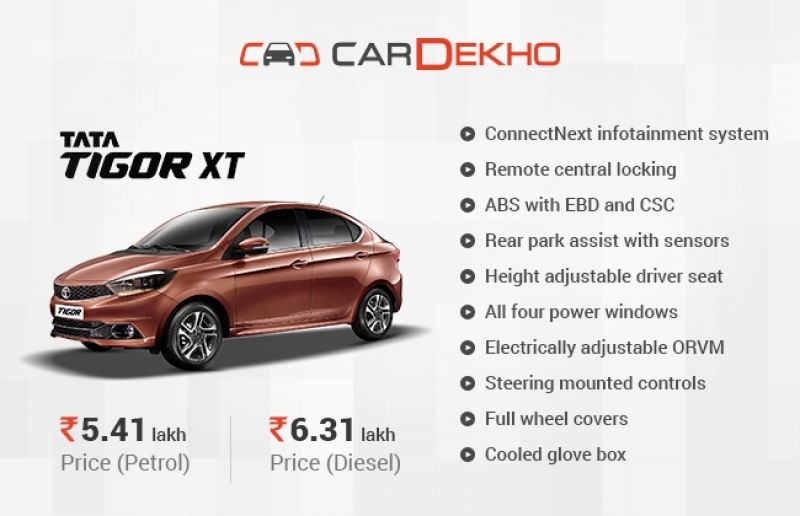 The next variant of the Tigor is the XT, where the car starts to grow in features. This trim is equipped with ConnectNext touchscreen infotainment system, height-adjustable driver seat, all four power windows, electrically adjustable ORVM, steering-mounted controls and rear park assist with sensors. As the trim level increases, the car gets safer. The XT gets remote central locking and ABS with EBD and CSC. Other convenience features include cooled glove box, rear power outlet, LED turn indicator on ORVM, body-coloured door handles, bumpers and ORVM, foldable armrest with cup holders, boot lamp and Bluetooth, AM/FM, USB, AUX-IN, iPOD connectivity. We expect this variant to sell more as it gets most of the utility traits at an extra amount of Rs 70,000 over the base XE trim. 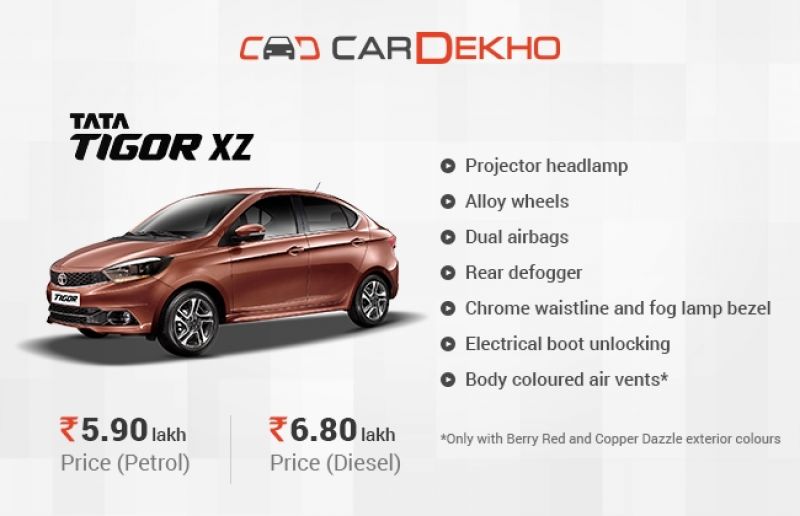 Moving up the chart, the Tigor XZ is the second to the top variant. It gets a host of features like projector headlamps, alloy wheels, dual airbags, rear defogger, seat belt with pretensioners & load limiters, electrical boot unlocking and body coloured air vents on select two exterior shades - Berry Red and Copper Dazzle. You also get two tweeters in addition to the four speakers of the XT. Costing Rs 49,000 more, it is a decent buy for someone looking for a car with most of the comfort and convenience features and, of course, the additional safety in the form of airbags. 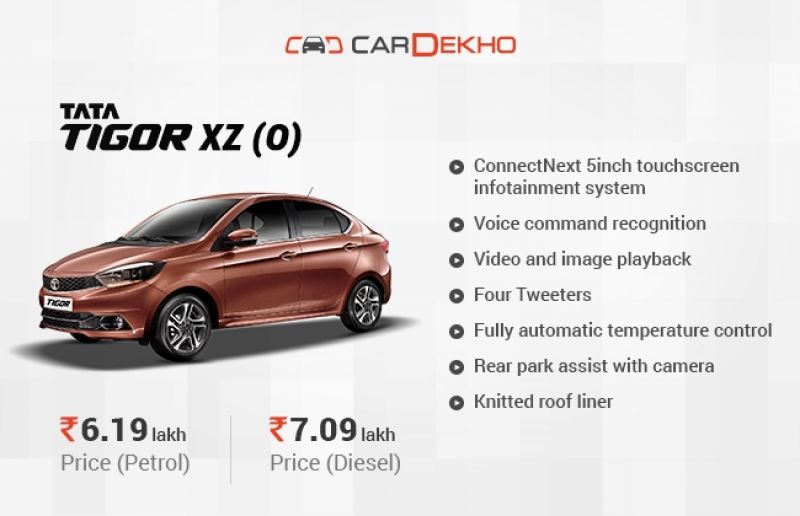 Now we head towards the top-of-the-line Tigor trim, the XZ (O). It’s the fully loaded trim which comes with amazing features such as voice command recognition, a bigger 5-inch ConnectNext touchscreen infotainment system, rear park assist with camera, automatic climate control and four tweeters in addition to the four speakers. It gets Tata smart remote and Tata emergency assist. Being the highest variant, it costs Rs 29,000 more over the XZ trim but justifies it with the practical fitments it comes with. Unlike most top-end variants of the other cars, the Tigor gets useful features. It is a must buy for a person who wishes to have practicality, aesthetics, features and a Tigor tag on his/her set of wheels.

Among the four variants, our pick of the lot is the Tigor XZ variant as it offers decent safety equipment as well as a good kit of features over the XT trim at just Rs 50,000.

Home prices seen moving up in a year