Maruti Ciaz waiting period: will you get delivery by navratri?

With Navratri right around the corner, it might be possible for buyers in certain cities to get their hands on the Ciaz during the auspicious occasion.

Maruti Suzuki’s Ciaz has been a consistent performer for the Indian carmaker and since its switch to NEXA, the company’s premium dealership network, its appeal has only grown. With Navratri right around the corner, a lot of buyers will be looking to buy the sedan during the auspicious occasion. Waiting periods for the delivery of the Ciaz can however play spoilsport. 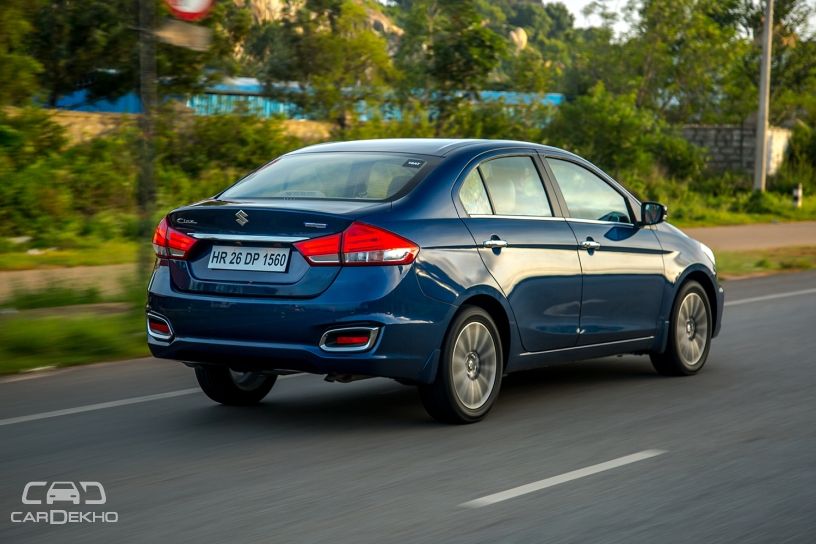 In case you’re in the market for the same, we have compiled a list of waiting periods on the Ciaz in different cities across India.

Buyers in Gurugram, Pune, Hyderabad, Ahmedabad and Indore can have the Ciaz delivered to them by Navratri, if a booking is made immediately.

In other cities, the waiting period ranges from four to seven weeks. Buyers in these cities might not be able to take delivery of the Ciaz during Navratri, but can still hope to get their hands on it by Diwali. That said, Maruti Suzuki might ramp up production during the upcoming festive season to make more deliveries possible during Navratri.

Maruti Suzuki recently launched the Ciaz facelift in India. There were minor cosmetic changes made to the Ciaz like refreshed bumpers, LED projector headlamps, DRLs and taillamps. The real change is under the bonnet though - a new 1.5-litre petrol engine that features Suzuki’s mild-hybrid tech. You can read our review of the Ciaz facelift here.

Check out: Waiting Period On Maruti Cars: Will You Get Delivery By Navratri?

Govt defers proposal to make 6 airbags mandatory in cars by one year to Oct 1, 2023