What to expect from hyundai Grandi10 facelift

Hyundai’s facelifts usually adopt changes done to the company’s design language and the Grand i10 is no different.

The second generation of the Hyundai i10, the Grand i10 was introduced in the Indian market in September 2013 and was an instant hit. The hatchback clocks monthly sales of around 11-12k units and is among the best-selling models in its segment. Now, Hyundai is planning to introduce a face-lifted version of the hatchback. 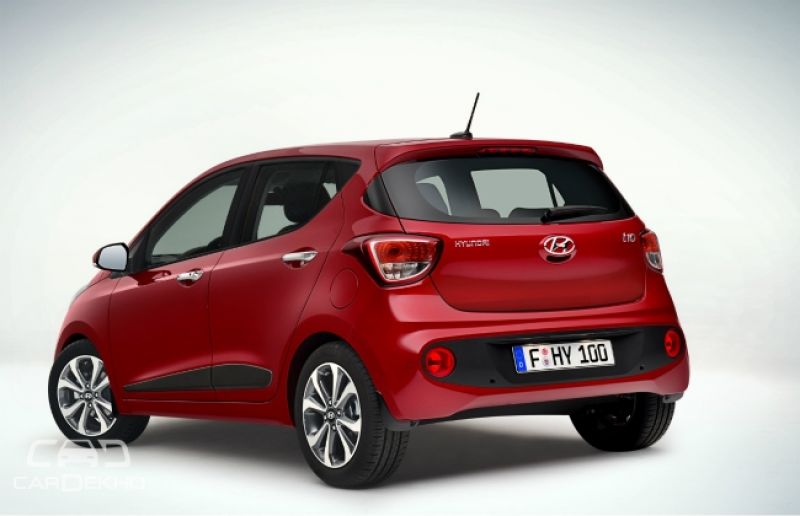 The facelifted model made its global premiere online in August ahead of the recently held Paris Motor Show, where it had its public debut. It was expected to come to our shores early next year and, voila, our sources have confirmed that the Grand i10 facelift will be launched in January 2017. Here’s what we expect out of the upcoming 2017 Hyundai Grand i10.

Hyundai’s facelifts usually adopt changes done to the company’s design language and the Grand i10 is no different. In fact, the updated Grand i10 was the first Hyundai to feature the new 'Cascading' grille, which will become the family identity for Hyundai models henceforth. 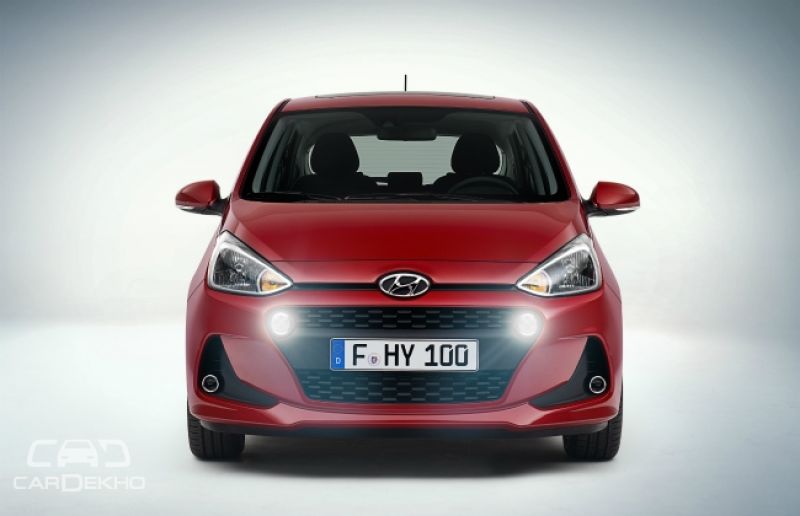 Unique compared to the lineup, the extremities of the grille in the facelifted model get circular daytime running LEDs. It also features projector fog lamps similar to the recently launched Elantra. Of these two add-ons, we expect Hyundai might offer the daytime running LEDs with the updated hatchback in India. The rear profile sees the redesigned dual-tone bumper with circular fog lamps, mirroring the front DRLs in a way. Rest of the vehicle is unaltered, including the head and tail lamps, save for the new set of alloy wheels. 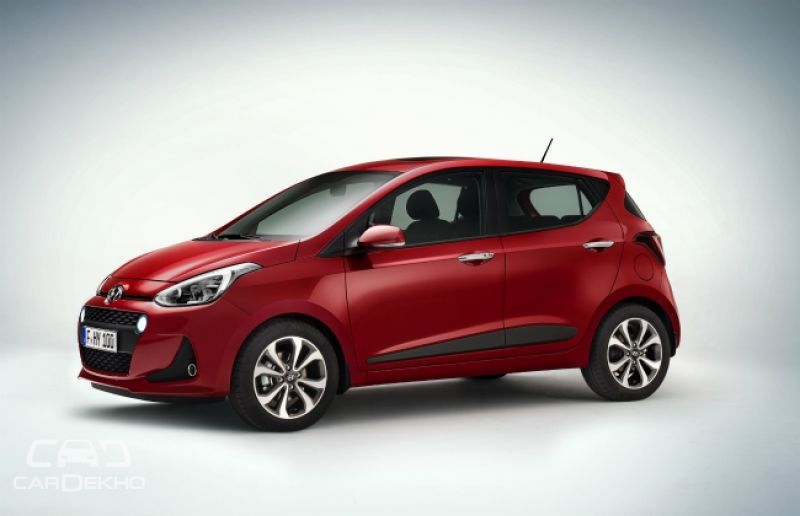 Unlike the exterior, the interior of the 2017 Grand i10 remains the same. In the European version, Hyundai has just added a new shade of red for the dashboard, along with new upholstery (existing blue and black options are also available). This is similar to what Hyundai offers with the i20 Active in the country, however, it is unlikely that these options will come to India with the updated Grand i10. 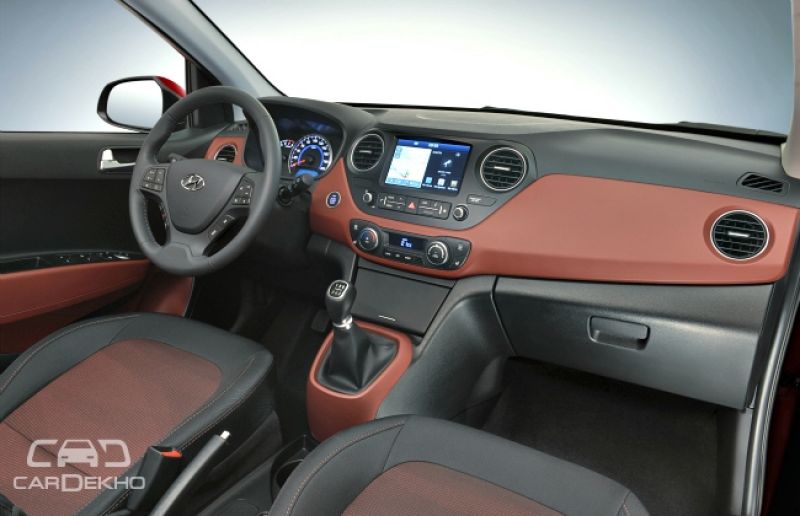 Apart from these, Hyundai has equipped the 2017 i10 in Europe with its latest seven-inch touchscreen infotainment system. The unit comes with support for both Apple CarPlay and Google Android Auto. Possibilities of the Grand i10 offering a touchscreen unit are high, but it is unlikely that it will offer CarPlay and Android Auto. Perhaps it might get the present seven-inch unit from the Elite i20 (it will be a segment-first feature). Also, we believe that Hyundai will offer the climate control unit from the Xcent in the updated hatchback since the Ford Figo comes with an automatic AC. Rest of the features of the outgoing model will be carried forward in the upcoming version. 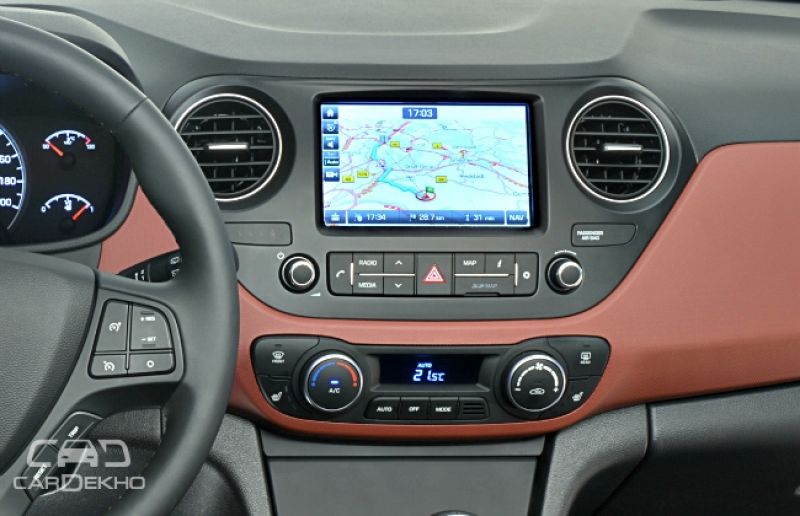 Speaking of safety equipment, Hyundai already offers driver airbag as standard in the Grand i10, while the front passenger airbag is offered from the second last trim and ABS (anti-lock braking system) is only offered with the range-topping optional variant. We believe that Hyundai will offer ABS as standard with the upcoming hatch, similar to the Xcent compact sedan, and maybe dual front airbags as well.

As is the case with the European model, the facelifted Grand i10 will continue to offer the 1.2-litre petrol engine with five-speed manual or four-speed automatic transmissions, along with the 1.1-litre diesel coupled to a five-speed manual.

Thanks to the aesthetic improvements and additional features, the prices of the updated model will go up marginally. The hatchback will continue to compete with the likes of the Maruti Suzuki Swift, Ford Figo, Honda Brio, and others. 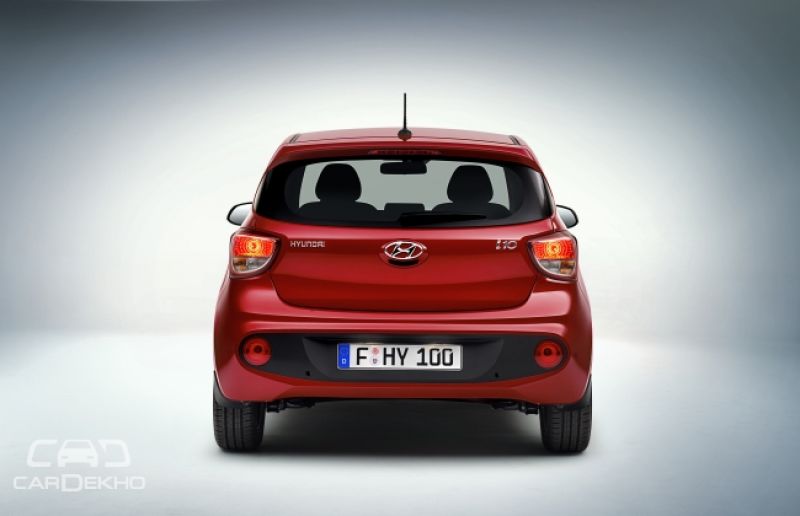