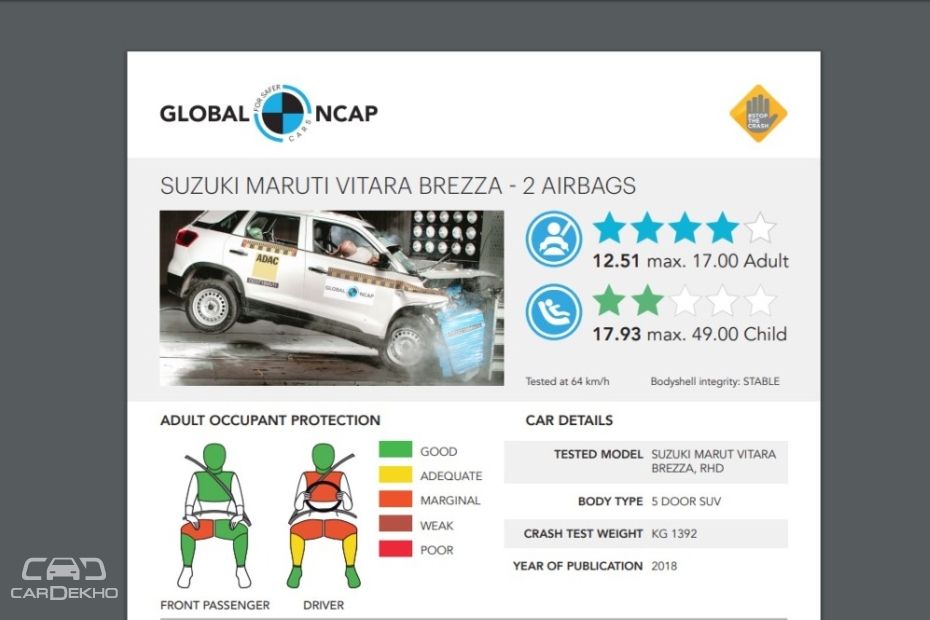 As far as child safety is concerned, despite the Isofix child seat anchors, the Brezza manages two stars only, unlike the Nexon’s three. The Child Occupant Protection rating was only two stars due to the forward-facing positioning of the 18-month-old dummy, which resulted in ‘Poor’ protection for head and marginal protection for the chest. However, the 3-year-old dummy received good protection. The markings for the ISOFIX anchorages were also incorrect according to Global NCAP testing protocols.

While the Maruti Brezza has received ‘Poor’ rating for the 18-month-old dummy, the Tata Nexon didn’t receive such low rating in any of the categories.

With none of the made-in India cars receiving a 5-star rating, the race for making the first 5-star rated made-in India car is still on. And there is surely a high possibility that Tata takes this crown with the Harrier considering that the mid-size SUV shares its platform with the Land Rover Discovery Sport, which has received 5 stars in the even more stringent Euro NCAP tests.

Also Read: Waiting Period On Maruti Cars: Will You Get Delivery By Navratri?