Tata Nexon takes on Honda WR-V and Hyundai i20 Active

So, let’s compare the new kid on the block with the present breed of crossovers in the Indian market to see if they really need to be worried.

With a new crossover in town, the life of existing compact SUVs – the Maruti Vitara Brezza and the Ford EcoSport – has become difficult. As if that wasn’t enough, the Nexon has got crossovers like the Honda WR-V and the Hyundai i20 Active worrying about their future in the segment. So, let’s compare the new kid on the block with the present breed of crossovers in the Indian market to see if they really need to be worried. 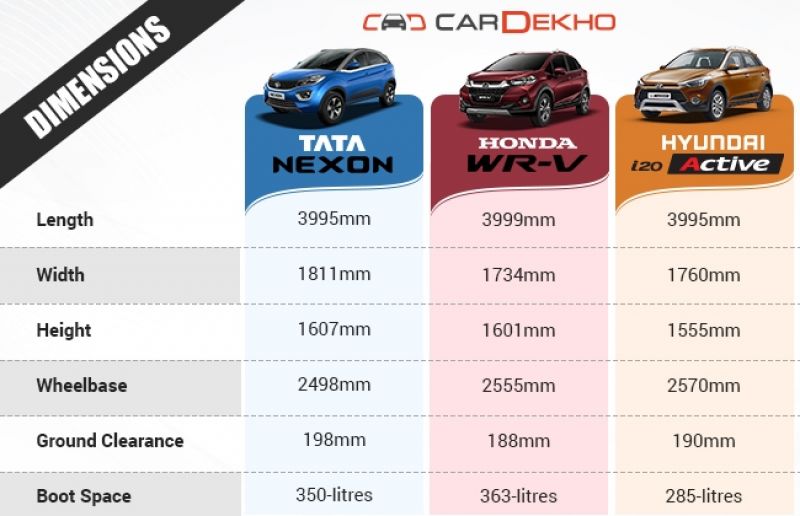 All three crossovers are offered with both petrol and diesel engine options. Sadly, none of them offers an automatic gearbox at present. However, Tata has confirmed that the Nexon will get a 6-speed AMT before April 2018. 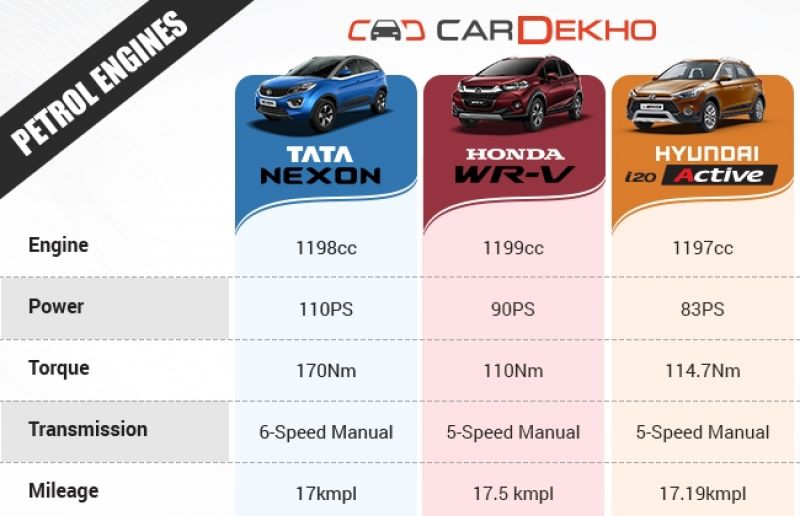 The Tata Nexon gets a 1.2-litre, 3-cylinder, turbocharged petrol motor that produces 110PS of power and 170Nm of peak torque. In terms of numbers, this is the best figure you can get among the three cars. The Honda WR-V’s 1.5-litre i-VTEC petrol engine makes 110PS and the Hyundai i20- Active’s 1.2-litre motor churns out 83PS. The Tata SUV is mated to a 6-speed manual gearbox while the other two are linked to a 5-speed manual transmission. All three vehicles - the Nexon, WR-V and i20 Active - return similar fuel efficiency figures of 17kmpl, 17.5kmpl and 17.19kmpl, respectively. 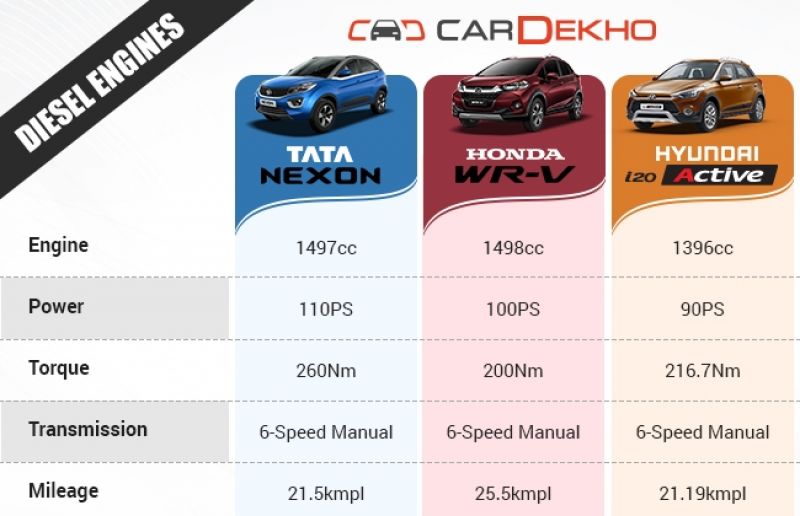 As far as diesel engines are concerned, the WR-V and the Nexon are powered by 1.5-litre engines whereas the Hyundai i20 Active gets a smaller, 1.4-litre motor. Like the petrol variant, the Nexon takes the cake here too with highest power figures of 110PS. The Honda WRV comes second with 90PS and i20 Active settles at the last spot with 83PS. The Nexon develops a peak torque of 260Nm, while the WR-V and the i20 Active generate 200Nm and 216.7Nm, respectively. All the engines are paired to 6-speed manual transmissions. The Honda SUV leaps ahead in the fuel efficiency department with 25.5kmpl, while the Nexon comes second with 21.50kmpl followed by the i20 Active at 21.19kmpl. 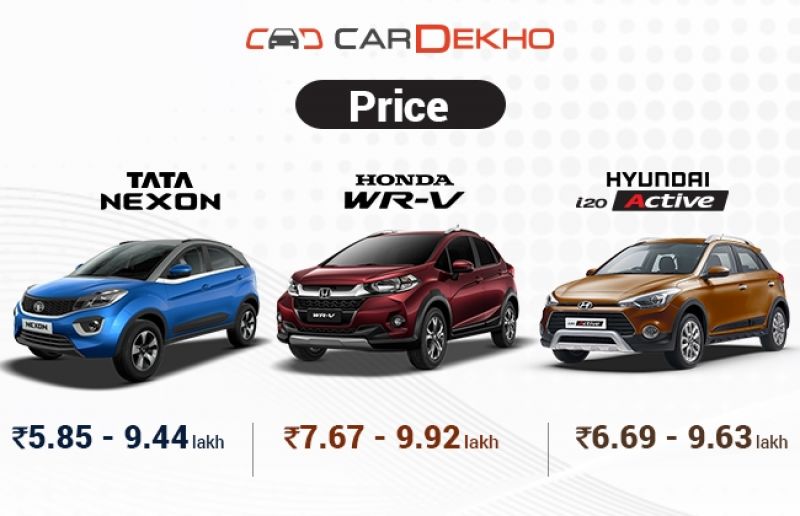 Tata Motors has priced the Nexon aggressively and has managed to undercut rivals including the Honda WR-V and the Hyundai i20 Active. At a starting price of Rs 5.85 lakh, the Nexon seems like good value for money, especially when you consider the standard features it gets like dual airbags and ABS with EBD.

To know how the Honda WRV Vs Hyundai i20 Active fare in our road test comparison, head over to the WRV Vs i20 Active comparison review.