Last week, Kia released the first official sketch of the India-spec SP2i’s interior. Along with it, the South Korean manufacturer also gave us a glimpse of the dashboard layout of the global-spec version. While it looks largely similar to the India-spec model, it features a reworked centre console.

Where the India-spec model features a piano black panel that houses both the infotainment system and the instrument cluster, the global-spec model gets a standalone touchscreen unit. Both versions, however, feature the same 10.25-inch touchscreen unit. This infotainment system is the same one that is offered in the Kia Soul sold in international markets. Like the Soul, Kia could offer the SP2i with a split screen functionality too. Meanwhile, the rest of the switchgear and their layout remain identical on both versions. 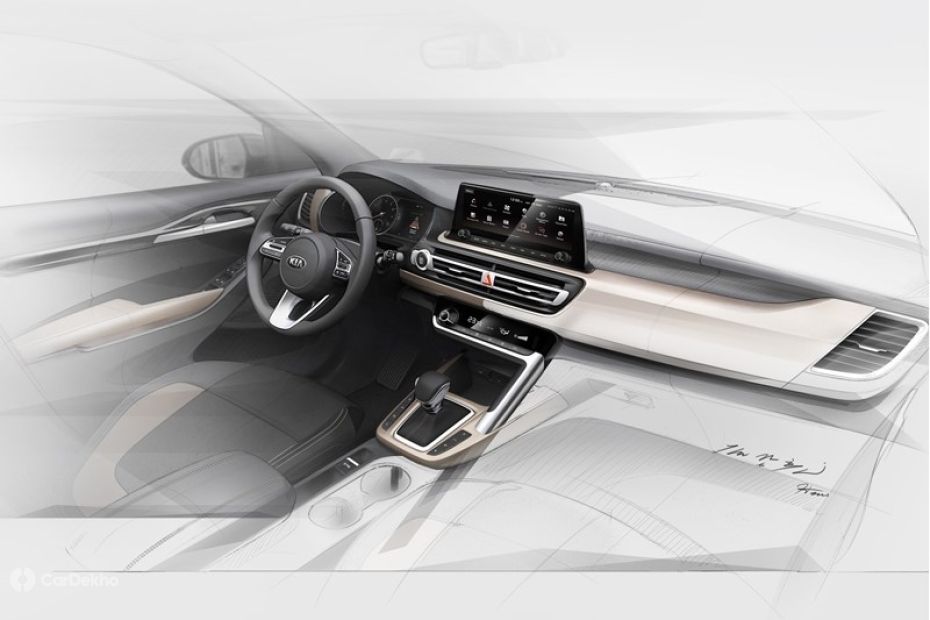 The 10.25-inch infotainment screen that is set to be offered on the SP2i will be the largest in its class in India. Currently, the Kicks has the biggest unit measuring in at 8-inches. The latest sketches also hint that the SP2i will be equipped with features such as a 7-inch multi-info display (MID), adaptive cruise control, auto climate control, paddle shifters, electric park brake, leather upholstery with ventilated front seats and a start-stop button. A heated steering wheel, hill descent control and four-wheel drive are also likely to be offered with the India-spec SP2i.

As far as engines are concerned, the Kia SP2i is expected to be powered by a new set of 1.5-litre BS6-compliant petrol and diesel engines instead of the Creta’s 1.4-litre and 1.6-litre units. The SP2i is expected to be priced from Rs 10 lakh to Rs 16 lakh (ex-showroom). When launched, it will take on the likes of the Hyundai Creta, Maruti Suzuki S-Cross, Nissan Kicks, Renault Duster and the Captur.