Toyota Corolla Altis facelift likely to be launched next month

Toyota is likely to introduce the Corolla Altis facelift in the country in the coming weeks (first week of March). Although the Japanese automaker hasn't officially confirmed the news, a few Toyota dealers have already started accepting pre-bookings for the upcoming sedan for a token amount of Rs 1 lakh.

The Corolla Altis had always been the bestseller in the D1 segment, but it is facing tough competition of late, especially from the recently launched, all-new Hyundai Elantra. Like the previous model, the new sixth-generation Elantra is packed with features and, along with its competitive pricing, it is perhaps diverting customers away from Toyota dealerships. Also, Skoda will launch the Octavia facelift in coming months, which is also one of the bestselling vehicles in this segment and a major rival of the Altis. So the world’s bestselling model is arming itself to get back its throne in the D1 segment with this upcoming mid-cycle update. 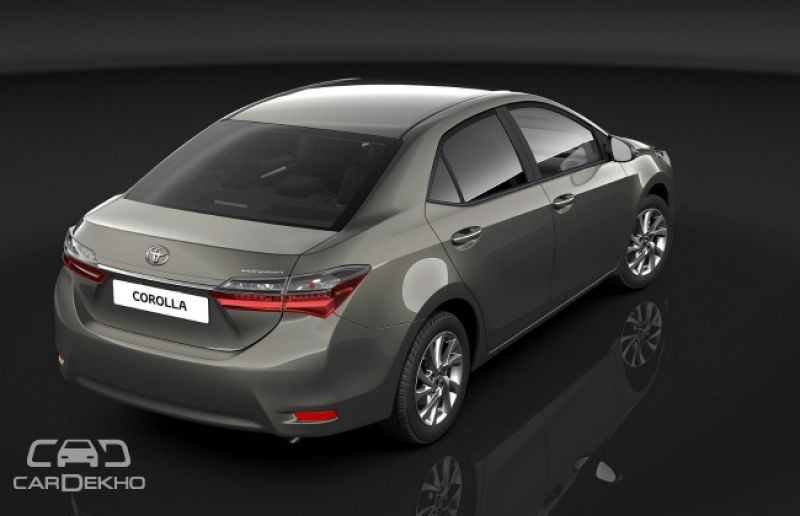 Revealed last year, the updated Corolla is already on sale in select countries. The mid-life update has made the Corolla look sharper, courtesy Toyota’s 'Under Priority and Keen Look' design language. Mechanically, it is unlikely to see any changes and will be powered by the same 1.8-litre naturally aspirated petrol and 1.4-litre diesel. That said, there are a few reports suggesting that the upcoming 2017 Corolla Altis will get a hybrid powertrain in the country; possibly a 1.8-litre unit coupled to an electric motor. Stay tuned to CarDekho for more updates on the updated Corolla.