Mercedes-Benz hasn't introduced the new E-Class in the Indian market yet. However, an AMG-spec E 63 has been revealed. Two variations of the performance sedan have been revealed, the E 63 4MATIC+ and E 63 S 4MATIC+. Both the variants are powered by a 4.0-litre, twin-turbocharged petrol engines with direct injection.

Let’s get to the interesting stuff first – the performance! Both versions get a 4.0-litre, twin-turbocharged petrol engine with direct injection. Power output stands at 571PS for the E 63 and 612PS for the E 63 S, while the torque ratings come in at 750Nm and 850Nm, respectively. Even with all that mechanical rage at its disposal, the car still gets AMG’s cylinder deactivation system to improve fuel efficiency and reduce emissions in regular driving scenarios. 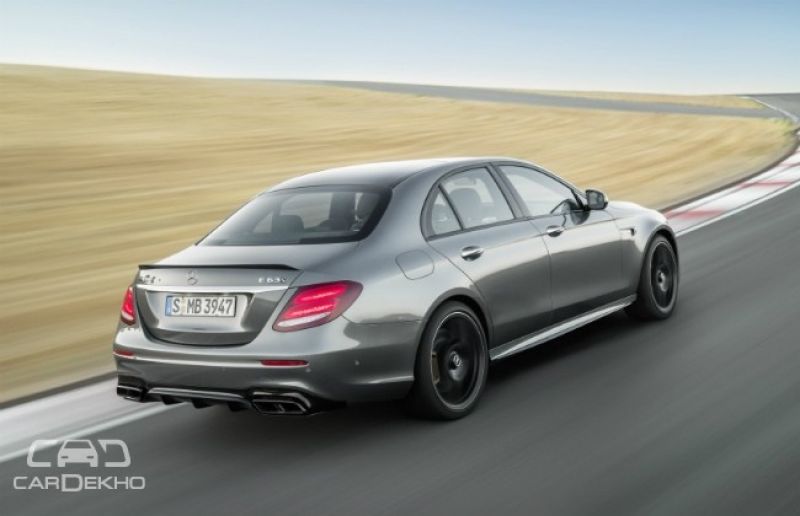 While both versions get the 4MATIC all-wheel drive system with variable torque distribution, the E 63 also gets a ‘drift mode’ that redirects power only to the rear wheels. Of course, transmission is through AMG’s nine-speed ‘SPEEDSHIFT’ automatic gearbox. Both variants have an electronically limited top speed of 250kmph, with 0-100kmph times of 3.5 seconds (E 63) and 3.4 seconds (E 63 S). 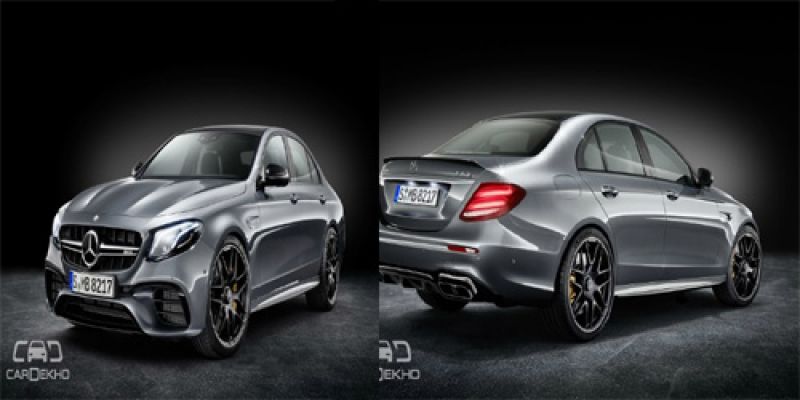 While the monster under the bonnet wears the E-Class’ sophisticated exterior, there are some design highlights that make it distinctive. The bonnet, for example, isn’t the same as the standard saloon’s and is inset between the wings and bumper, like a coupe. The wheel arches are 17mm wider to accommodate the chunkier tyres and the silver chrome front grille features twin slats. The side profile sports ‘V8 BITURBO 4MATIC+’ lettering to highlight what powers the car, while the rear boot-lip spoiler and quad exhaust tips add some more aggression to the rear. 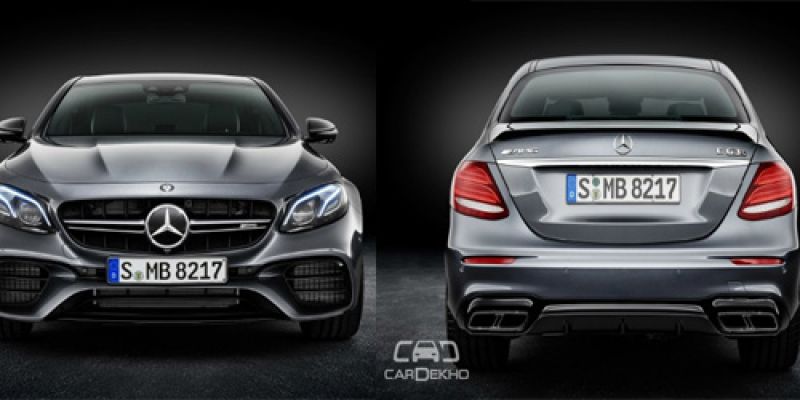 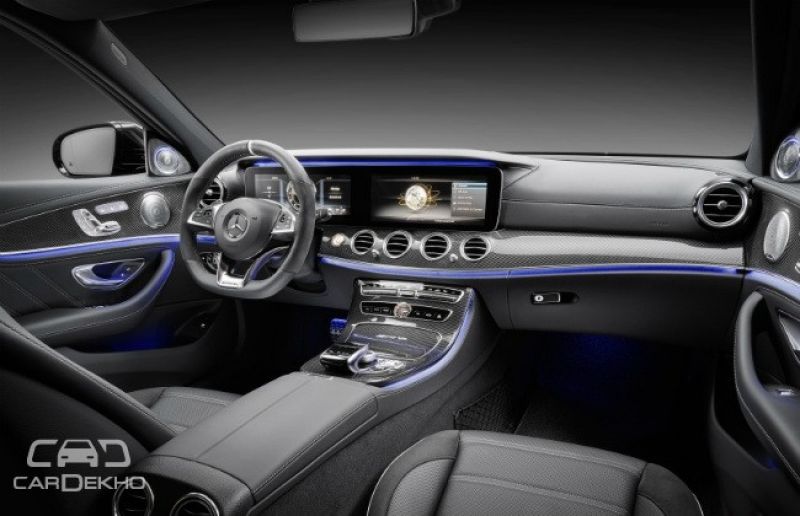 The BMW M5 rival will make its debut on November 16 at the Los Angeles Motor Show with a market launch in March 2017. Mercedes-AMG will launch the E 63 in India as well, and we can expect a launch in early 2018.