Model 3 will enter production in July 2017 and Tesla is expected to reveal its official specification in a couple of months.

Few more details of the upcoming Tesla Model 3 has surfaced on the Internet. The leaked information suggest the 60mph (96kmph) sprint time and the number of configuration options available. The specifications of the production model are quite scarce, however, Tesla CEO Elon Musk’s Twitter responses and some spy shots have revealed some details of the Model 3.

The new info was leaked from a chart allegedly meant for Tesla’s salespeople. The base-spec Model 3 will do 0-60mph (96kmph) sprint in 5.6 seconds, which is in line with what the company had said during the 3’s unveiling last year. Remember, this is just for the base model. The automaker has indicated that, like the Model S, there will be go-faster versions of the Model 3 as well. 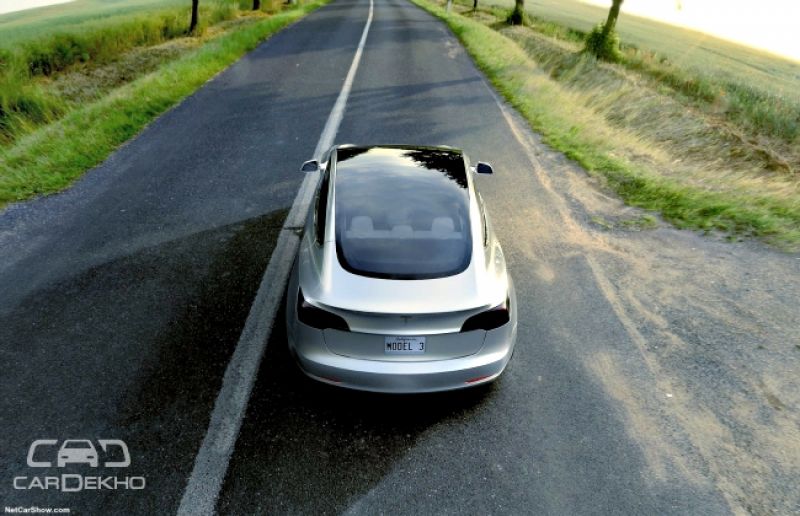 It has also been learnt that Tesla would be adopting a pay-per-use model for its Supercharger network for the Model 3. While it was revealed last year that the Model 3 will have a range of at least 215+ miles (340+km), the latest word in the market is that the Model 3 will excel the Chevrolet Bolt’s (its closest competitor) range of 238 miles (383km).

Unlike the Model S which can be configured in nearly 1500 ways, the Model 3 will only be available with less than 100 configurations The reason behind this is that the Model 3 will be a high volume product and limiting customisation options such as colour shades, alloy wheel patterns, upholstery and other potential variations will result in faster production.

The Model 3 will enter production in July 2017 and Tesla is expected to reveal its official specification in a couple of months. Stay tuned to CarDekho for more updates about Tesla’s debut vehicle in the country.