Kia is running a voting contest to coin the name of its debutant Indian offering, the 2019 SP concept-based compact SUV.

Kia is running a voting contest  to coin the name of its debutant Indian offering, the 2019 SP concept-based compact SUV.

Kia, Hyundai’s subsidiary brand, kick-started its Indian operation in February at the 2018 Auto Expo with the world debut of the SP concept. The production-spec version of the concept will become Kia’s first-ever offering in the Indian market and will be launched around mid-2019. The South Korean automaker is currently running a voting contest under ‘Fame for Name’ label to coin the name of its upcoming compact SUV.

The voting is going on between four names: Tusker, Trazor, SP-Z and Trailster. Out of these four, Trazor is leading the charge with maximum votes as of 22 May 2018, followed by Tusker. The voting process will be open for all till 20 June 2018 and participants get a chance to win Kia merchandise. Wanna vote? Head over to Kia’s website here. 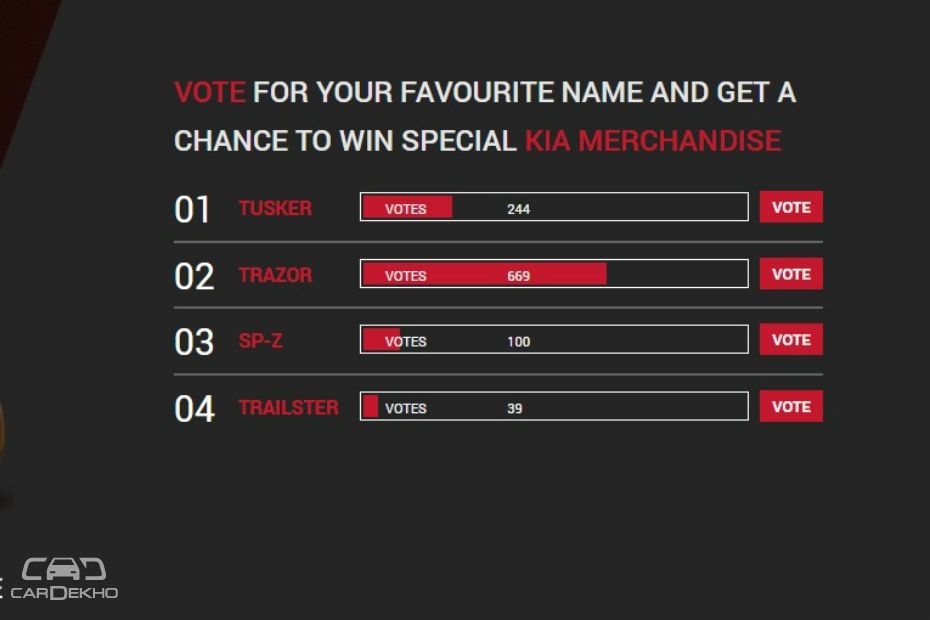 Kia Motors India (KMI) is one of the three automakers (other two are MG and Peugeot) that are entering the Indian car market soon. Kia plans to start the production of the Kia Trazor (likely to be called this) around mid-2019 at its upcoming plant in Anantapur district of Andhra Pradesh. The plant’s construction is in full swing right now and is expected to be completed by the second quarter of 2019, just before the SUV rolls down the assembly line.

The SP concept is underpinned by a modified Hyundai Creta platform and the production-spec model is expected to resemble the near-production concept from the Expo. Equipment list is likely to be at par with the recently launched Creta facelift, with goodies on offer such as powered driver seat, sunroof and wireless charging. Powertrain options are likely to be borrowed from the Creta as well. However, we expect Kia to debut the Trazor with a BSVI petrol engine followed by a BSVI diesel engine some time later. Besides the Creta, the Kia Trazor will go up against the Renault Captur and the Duster. 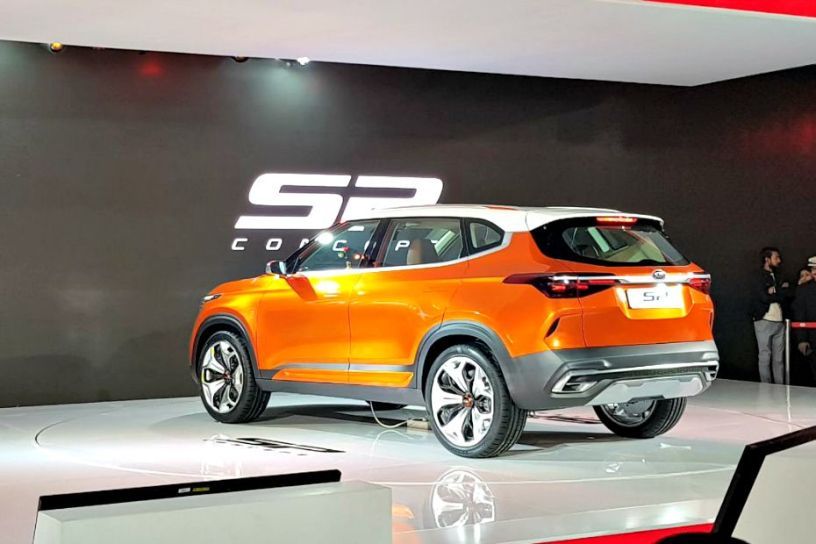