Honda launched the 2018 Amaze at an introductory price of Rs 5.59 lakh (ex-showroom pan-India).

Honda launched the 2018 Amaze at an introductory price of Rs 5.59 lakh (ex-showroom pan-India). At this price, the new Amaze goes head to head with other sub-4m sedans like the Maruti Dzire, Hyundai Xcent, Tata Tigor and the Volkswagen Ameo. We have already compared the Amaze with the segment-leader Dzire and now let’s compare it with the second-best selling car of the class, the Hyundai Xcent. 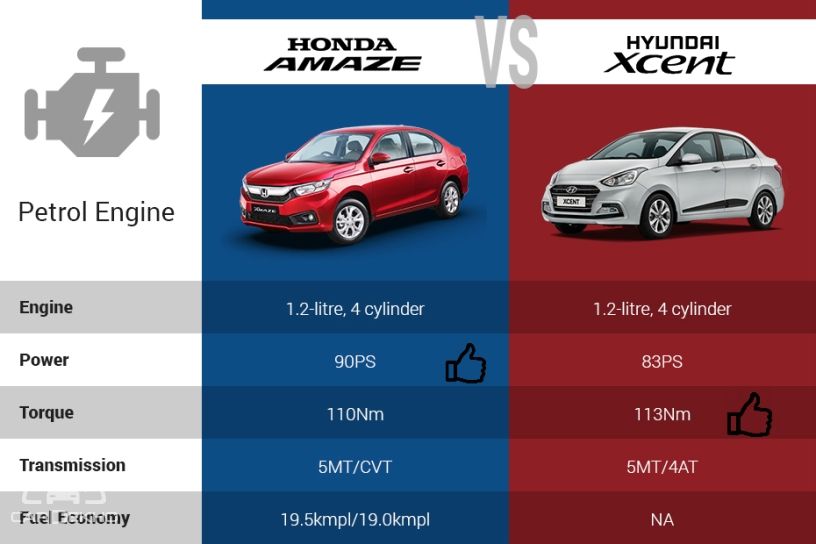 Price Difference: Petrol and diesel versions of the Amaze’ entry-level E variant are more expensive over the corresponding versions of the Xcent E by Rs 11,000 and Rs 29,000, respectively.

Verdict: Since the E variant of the Hyundai Xcent doesn’t even offer ABS, it doesn’t fulfil the basic criteria for us to recommend it. So, the Amaze is clearly the one to go for. 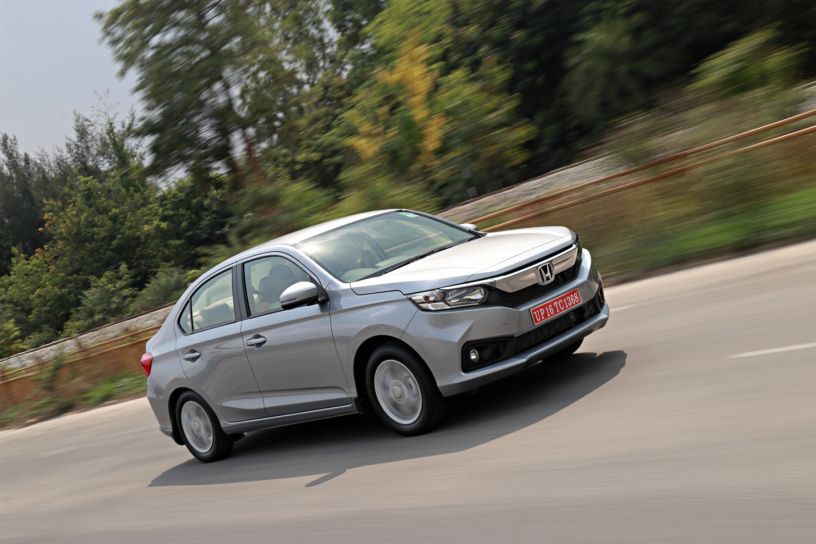 Verdict: Since the Hyundai Xcent S variant doesn’t offer ABS, it doesn’t fulfil the basic criteria for us to recommend it. Clearly again, the Amaze trumps the Xcent here as well. 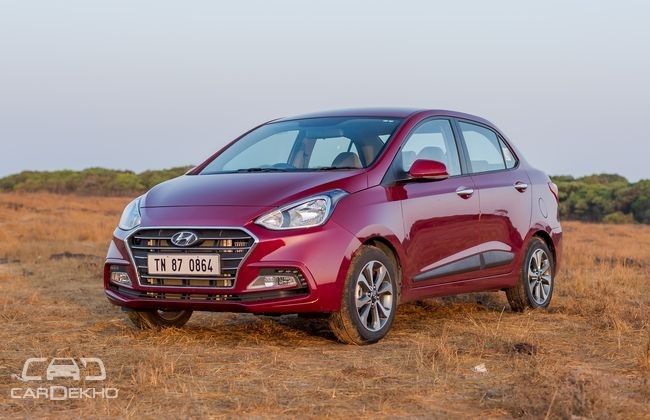 Common features (over the previous variants): ABS with EBD (for the Xcent), height adjustable driver seat and front fog lamps

Verdict: The Xcent is our pick here. It's not only more affordable but is better equipped as well. 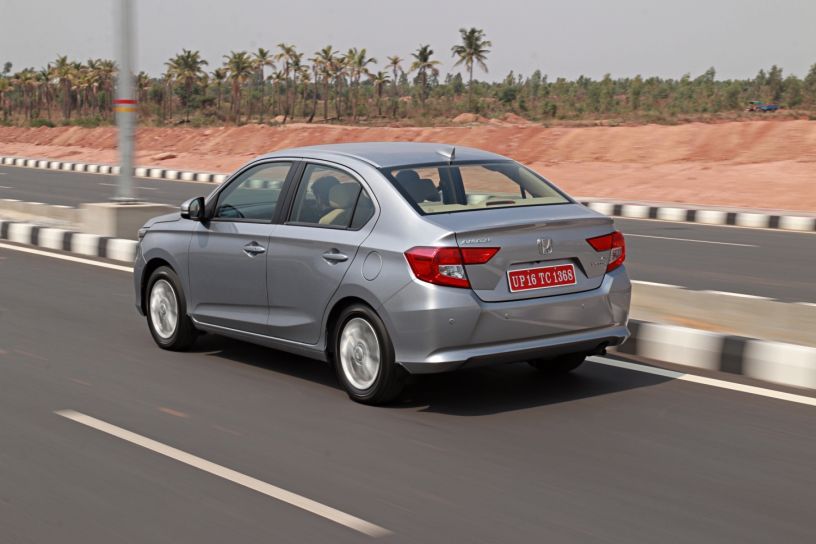 Price Difference: In its petrol guise, the Xcent is pricier than the Amaze by Rs 6,000. However, when it comes to the diesel version, the Amaze costs Rs 11,000 more over the Xcent.

Verdict: On paper, the top-spec variants of both the cars are similarly specced. The Amaze does get cruise control which the Xcent doesn’t, but it’s a feature with limited usage. The Amaze’ diesel engine is more powerful than the Xcent’s, so that can be a deciding factor for those who’re looking for a diesel sedan out of the two. 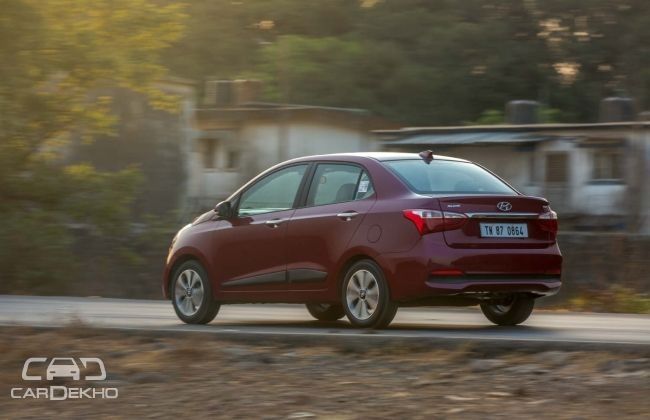 Here are the detailed prices of the two cars: