The festival is a merry get-together of people who are interested in everything that one can relate to motorcycles.

Royal Enfield showcased two new custom motorcycles at the fifth Wheels and Waves festival in Biarritz, France which was organised from June 14 – 18. The custom motorcycles are based on the Continental GT and the Himalayan, but feature heavy modifications. They have been developed in collaboration with the Sinroja Motorcycles which is based out of Leicester, UK. 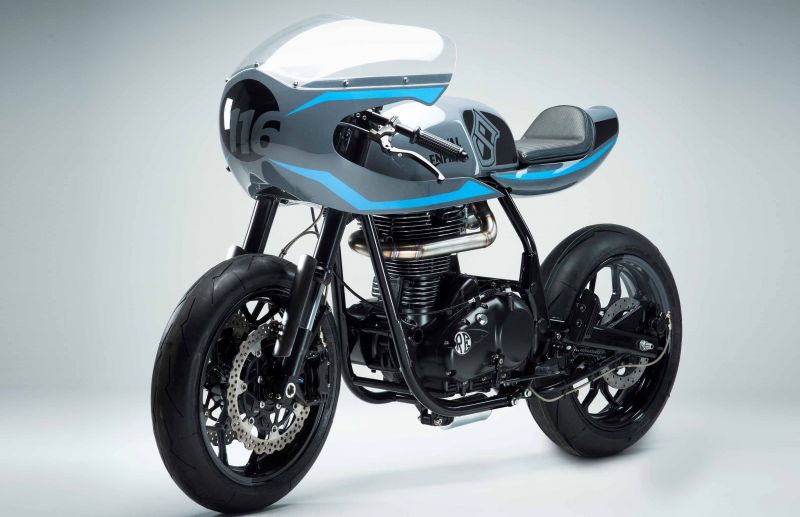 The festival is a merry get-together of people who are interested in everything that one can relate to motorcycles. The class of visitors is more concerned towards hipsters, customs, and the surf and sand community. The festival,which lasts for five days over four different locations, witnessedover 15,000 visitors and participants. As the festival has grown over the years, it has essentially become a bridge between the multifaceted world of motorcycles and the skate and surf culture through philosophy along with music and style. 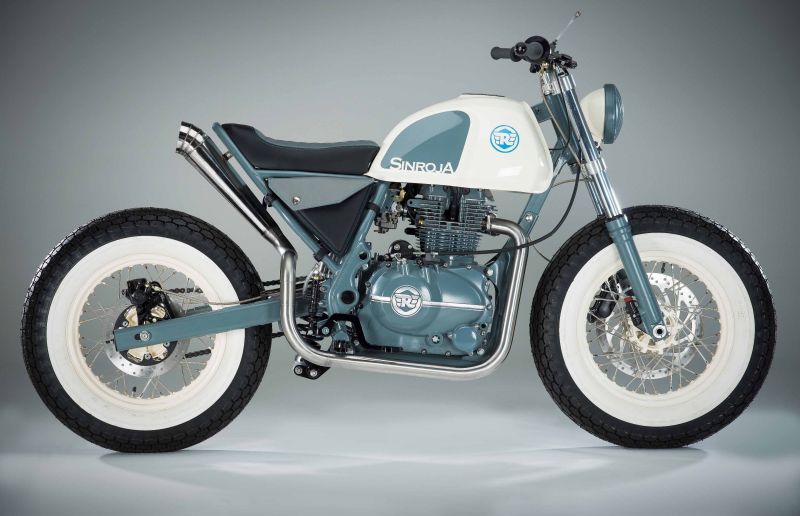 The Gentleman Brat is a heavily stripped down version of Royal Enfield’s adventure tourer, the Himalayan. The Himalayan was targeted as an adventure tourer motorcycle and the Brat more or less carries the same purpose. The Gentleman Brat gets a redesigned single seat with under seat storage case, a shielded headlamp section, heavily redone 16-inch spoke wheels with single disc rotor both at the front and the rear. 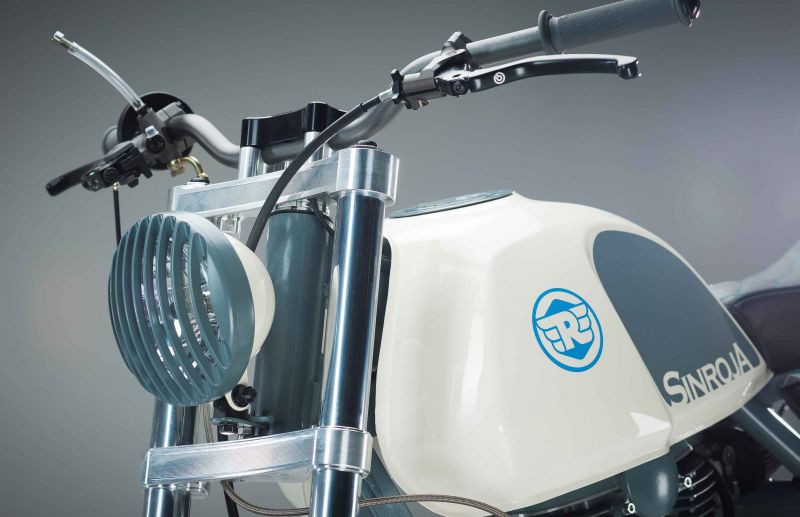 It does look attractive in the white and grayish green shade that it is painted in. The tyres the motorcycle is shod with are on-off road tyres which will surely serve good purpose both on and off road terrains. The chain is exposed and with the single piece swingarm and under seat exhaust muffler, the tail section does look mean. 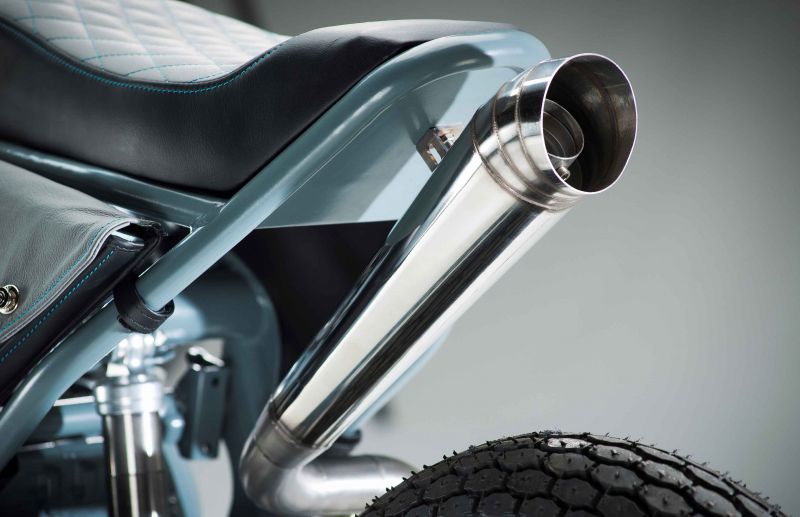 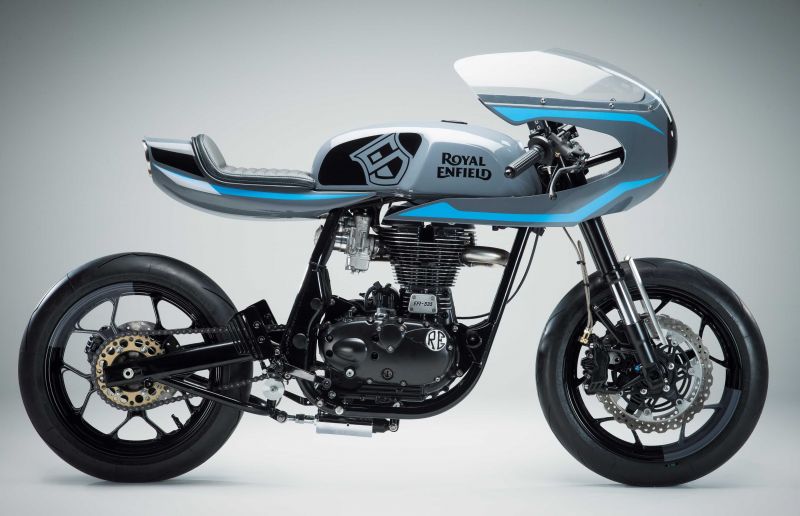 The bike is based on Royal Enfield’s Continental GT platform and is customized taking inspiration from the sun and sand lifestyle. The motorcycle is a completely stripped down version of the original café-racer bike. The 535cc motor is tweaked with and now gets higher lift cam, machined piston barrels for higher compression and a new inlet manifold. The Surf Racer gets a Dellorto carburetor and jet styled tail exhaust. The bike gets a half fairing, 17-inch wheels, USD forks at the front and under seat horizontally mounted coiled spring shock absorber at the rear. 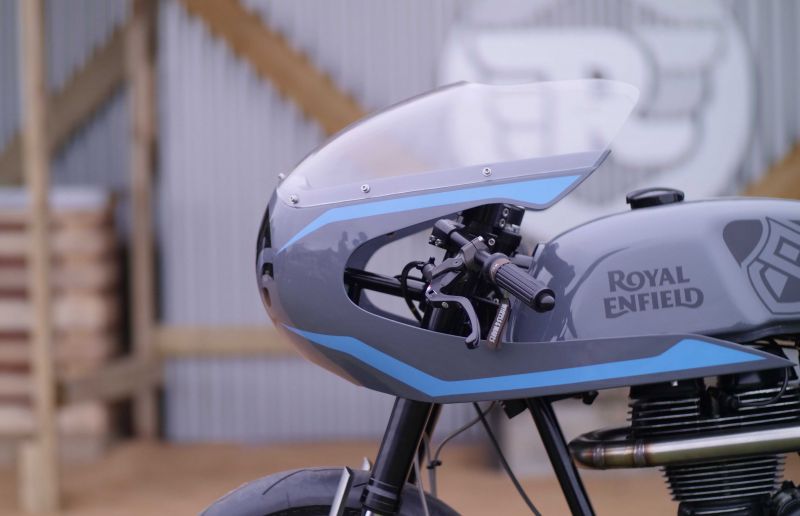 As seen from the pictures, the Surf racer gets twin disc brakes at the front and a single disc brake at the rear. It is a single seater motorcycle devoid of anything but the necessary components which gives the bike a bold appearance.  It does get bold graphics along with a big ‘Sinroja’ logo on the tank section to boost its appeal. 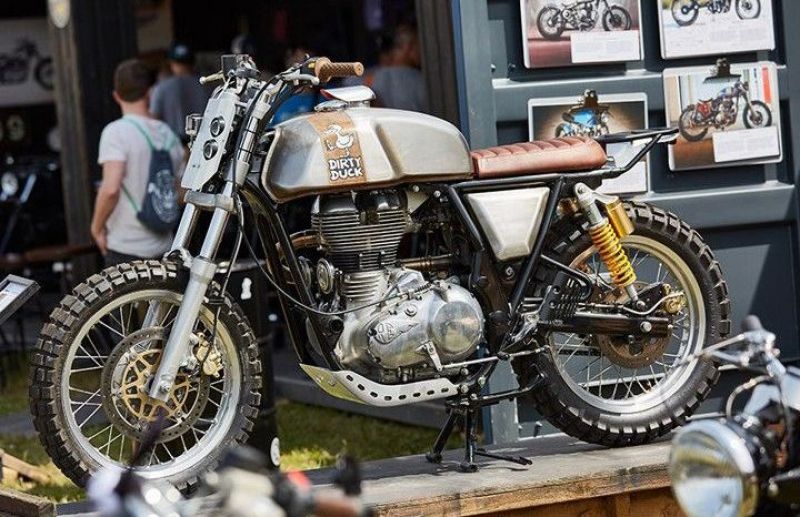 Royal Enfield also showcased the customized versions of the Continental GT and Classic 500, which were called as Dirty Duck and Mo’Powa’ respectively. The Dirty Duck was primarily designed to do deep-water wading,with the snorkels mounted so that it can pass through rivers without the engine struggling for breath. 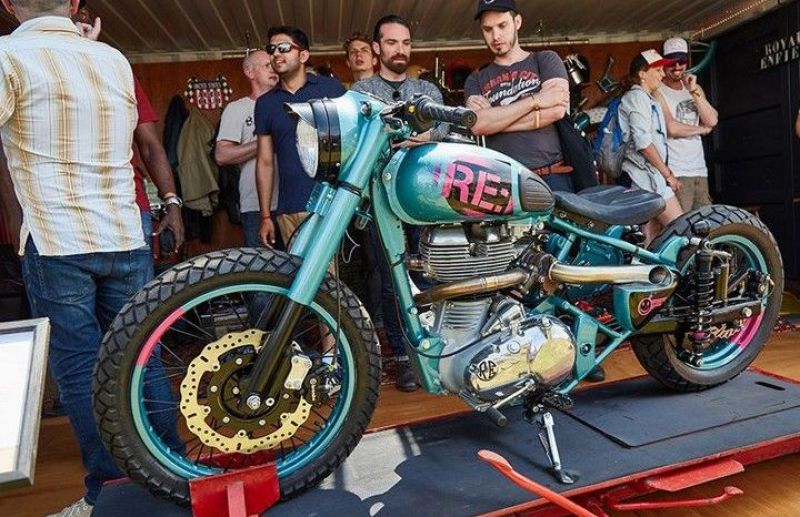 The Mo’Powa’is equipped with a turbocharger and is designed to be a drag bike.