Maruti Suzuki is known as the automaker which has the best knowledge of what Indian customers want. Maruti cars are practical, reliable, offer good fuel efficiency and also commands a good resale value. Currently, for most of the Indian car buyers, Maruti Suzuki is a synonym for hassle-free car ownership. But how is Maruti Suzuki able to apply this formula to almost all its products? Well, the primary reason goes to the vast experience it has as the company was started in the late 1980s. 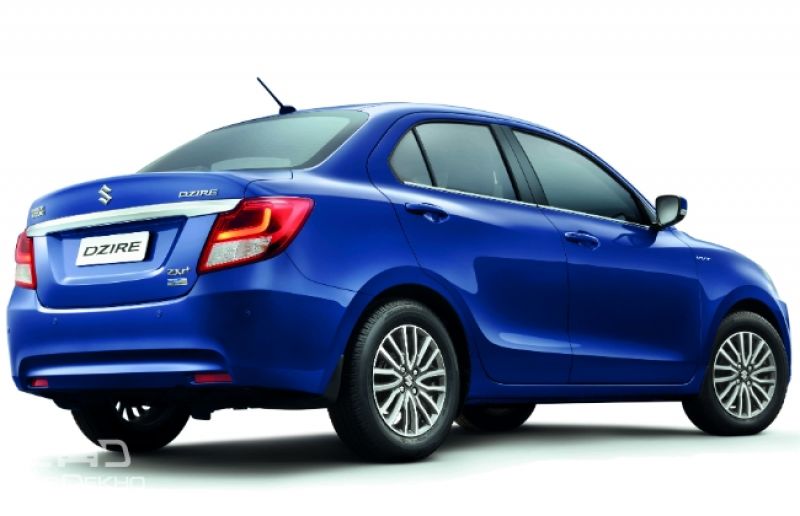 The latest addition to Maruti Suzuki’s product portfolio is the all-new, third-generation Dzire sedan. It is a car that will, in all probability, march on to achieve greater heights than its predecessor, which was the best-selling sedan in the country. Chances are that the new model won’t have to work hard enough to become and stay the best in its segment, at least for a while. However, we do feel that since the customer requirements are evolving rapidly, Maruti Suzuki could have done a few things better with the 2017 Dzire. Here’s a list of them. 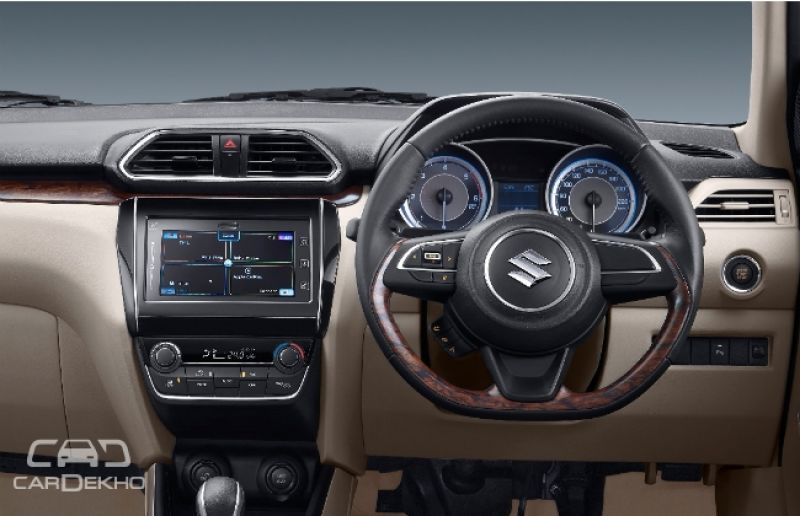 As soon as you step inside the new Dzire, you will immediately notice the contemporary styling, layout and features. While the new creature-comforts are welcome additions, the fit and finish in places could have been a lot better. For instance, the plastic quality isn’t impressive. It feels like the panels on the doors and dashboard are carved out of the same plastics as its predecessor. It just doesn’t feel premium enough and the byproduct of the hard plastics is they start to rattle a lot sooner than you’d expect. Moreover, the fake-wood inserts on the dashboard and the steering wheel seem to be a bit of an overkill. It does give an impression that the stylists wanted to add a bit of everything in the car. 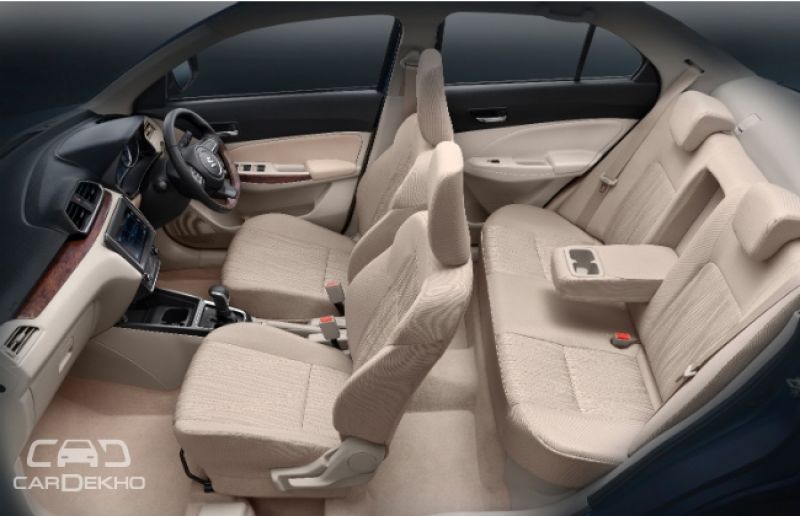 Although the new Dzire is wider than its predecessor, it has shrunken in height. The shortened height does have an impact in the headroom department. Headroom isn’t bad at the front, which, for the driver, can be increased by adjusting the height of the seat. How we wish the same could be said for the rear headroom. Even for passengers who sit upright and aren’t especially tall, say 5 feet 10 inches, the headroom is going to be a problem. Maruti has gone to great lengths to highlight how the rear knee room is up by 40mm. Even the rear and front shoulder room have been increased by 30mm and 20mm, respectively. The rear headroom, however, isn’t going to win any fans. 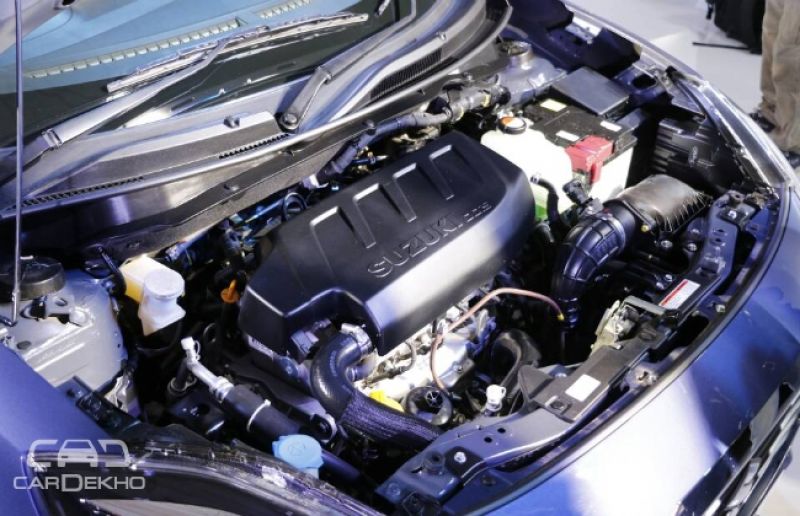 The new Dzire houses the same, Fiat-sourced 1.3-litre DDiS diesel motor that did duty in its previous-gen. While it produces 75PS/190Nm, Maruti Suzuki claims the engine can return 28.4kmpl, which is up by 6.8 per cent. The increase in efficiency is mostly down to the reduction in overall weight. The new Dzire, Maruti Suzuki says, is around 105kg lighter than before. However, the engine is infamously known for its turbo-lag. Although we have't driven the new Dzire, but in its predecessor the motor was quite dull until the turbo kicked in and when that happened, power delivery was sudden and not smooth, which did take some getting used to. We are hoping that Maruti Suzuki has addressed it in the new-gen Dzire. 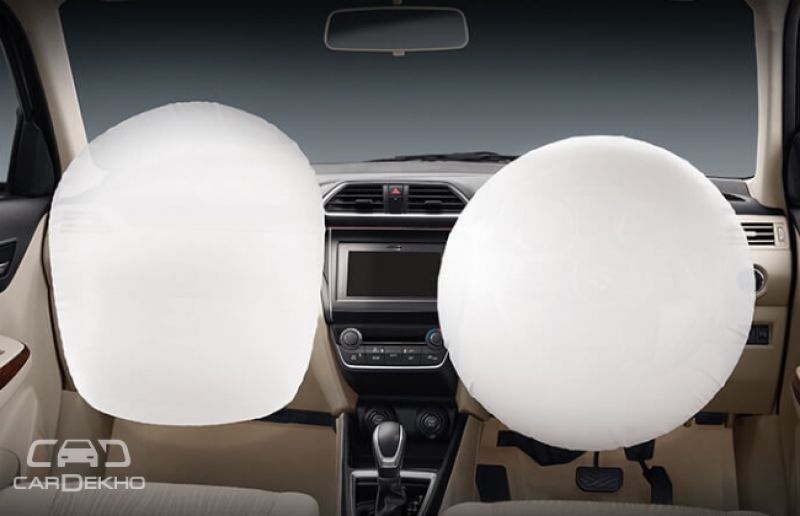 No matter which one you opt for, Maruti Suzuki has equipped all variants of the new Dzire with anti-lock braking system (ABS), electronic brakeforce distribution (EBD) with brake assist, ISOFIX child seat anchors, front seatbelts with prestensioners and force limiters and dual-front airbags. While that is an impressive list, we would have loved to have a variant with six airbags. That would have increased the safety for both front and rear passengers. Cars like the Hyundai Elite i20 and the Ford Figo Aspire do offer this level of safety and we think Maruti Suzuki should have done the same with the new Dzire. 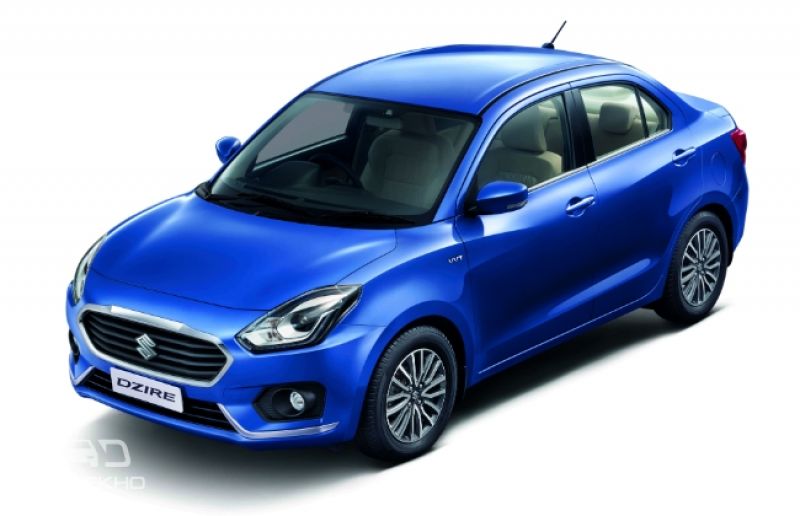 We feel that Maruti Suzuki should have priced the new Dzire more competitively. Here’s what we are basing our argument on Variant Pricing: The price difference between the Z and Z+ variants (diesel or petrol) is Rs 89,000. For that money, Maruti Suzuki installs LED headlamps, daytime running lights (DRLs), reverse parking camera and the SmartPlay infotainment system. The premium just doesn’t seem to add up here. 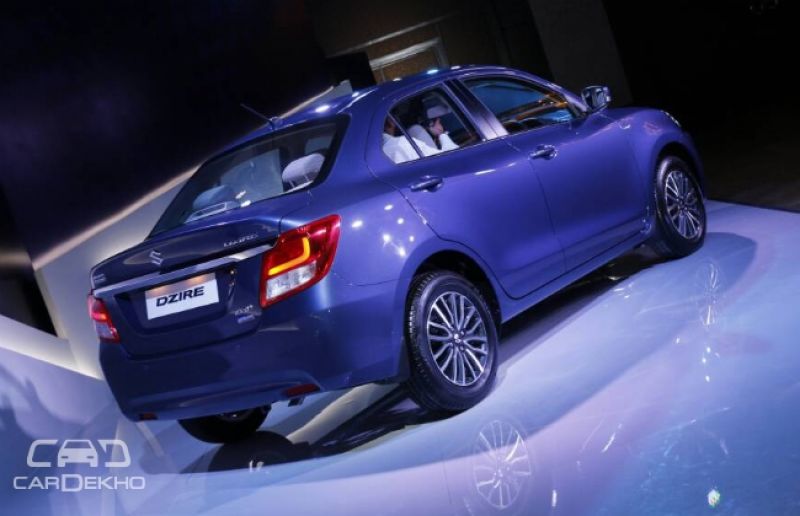 Cannibalization: When you compare the price of the new model with that of the old one, things aren’t that bad. The pricing, as near as makes no difference, has hardly changed. However, when we take the fully-loaded ZDI+ AGS (auto gear shift) into consideration, which is priced at Rs 9.41 lakh (ex-showroom Delhi), you can get the top-spec Alpha variant of the Ciaz (diesel) for about Rs 16,000 more. Yes, the Ciaz won’t come with the convenience of AGS but it is a considerably bigger car and a lot more comfortable to be in.