Which Honda to buy: Jazz, WR-V or City

Let's try to figure out which Honda suits you the most.

Honda is known for its practical and reliable cars in the country. The Japanese automaker introduced the City facelift in February and also launched its first sub-4m crossover, the WRV recently. As the number of options increase, it is easy for an interested Honda customer to get confused between the Jazz, WR-V and the City. Even though the segments are different, the three cars have a lot in common and their prices also overlap. Let's try to figure out which Honda suits you the most. 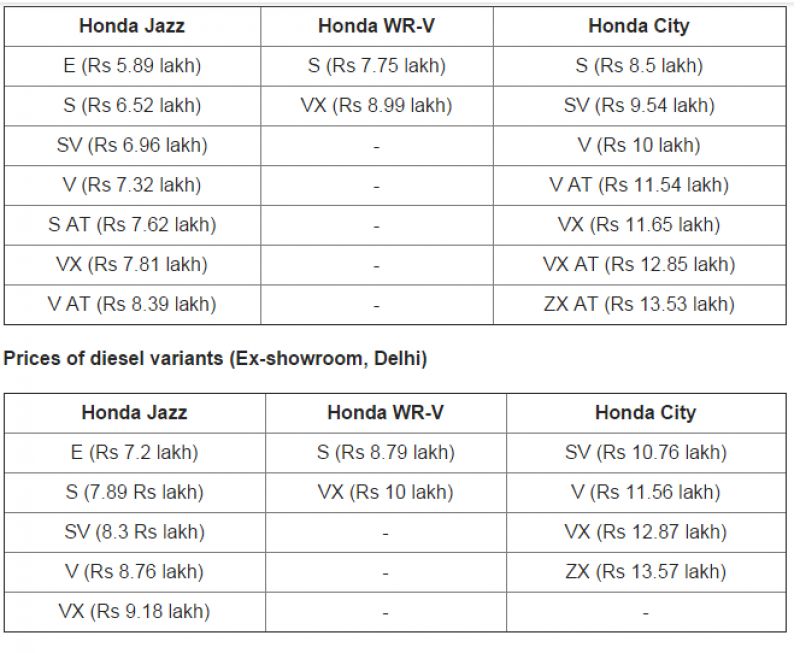 Firstly let's get some facts clear. If you are looking for a Honda with an automatic transmission, the WR-V doesn't offer one. You’ll have to choose between the Jazz and the City. Although the Jazz offers CVT transmission with the petrol versions of the E and S variants, the top-end VX variant misses it. However, if you want a fully loaded automatic Honda and don't mind reaching deep into your pockets, you are in luck as the top-end ZX petrol variant of the City is only being offered with an automatic transmission.

You might also be aware that the new WR-V comes with a sunroof; and if this feature is on top of your list, book the WR-V right away. Not only is the WR-V the most affordable car in the Indian market to feature a sunroof, it is also the only car under Rs 10 lakh to have it. 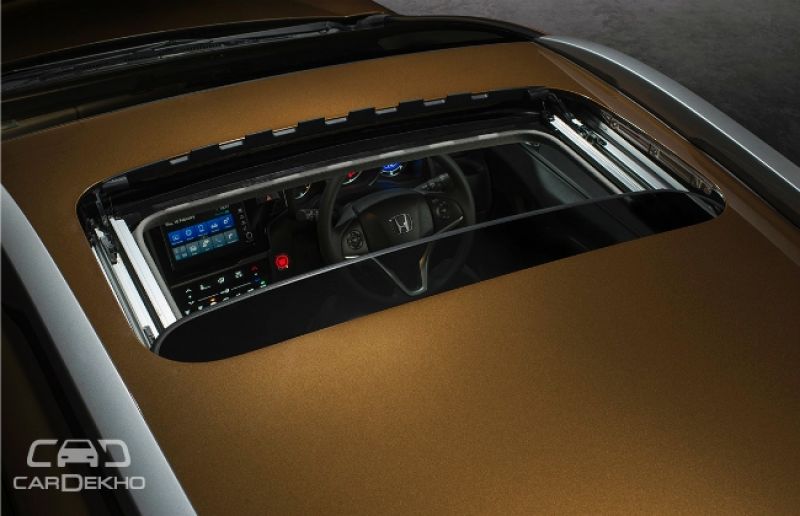 If we talk about the drivetrain, the three cars share the same 1.5-litre diesel engine which produces 100PS of power and 200Nm of torque, and is coupled to a six-speed manual transmission. However, if you want the car with the highest fuel efficiency, pick the Jazz since it has a mileage of 27.3kmpl – the highest among the three.