A leaked document has revealed various specifications of the S-Presso.

While Maruti has confirmed that the S-Presso cross-hatch will go on sale on September 30, it’s specifications have been kept under wraps. Until now, that is. While a leaked document revealed the dimensions of the cross-hatch, a new one lists out the variant details and other information. Meanwhile, you could head here to know what we’ve learned about the S-Presso from recent spy shots.

The S-Presso will be available in a total of four variants - Std, L, V and V+. Maruti will also offer an ‘Optional’ package with the L and V mid-spec variants. This package usually adds a passenger airbag in entry-level Maruti cars. The S-Presso will get 13-inch wheels as standard whilehigher variants will get 14-inch units. However, do not expect the company to offer alloy wheels on any variant. 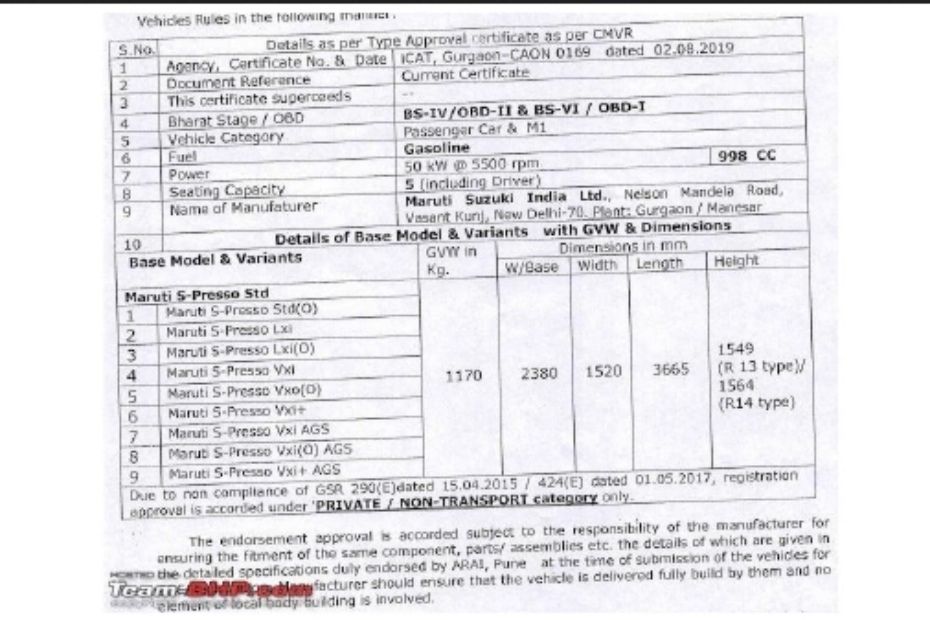 This document reaffirms that the Maruti S-Presso will indeed feature a BS6 compliant 1.0-litre petrol engine under its bonnet. It produces 68PS of power while the torque output is expected to be around 90Nm. The document doesn’t mention any CNG option. Transmission options on the S-Presso will include a 5-speed manual and an AMT, which will be reserved for the V, V Opt and V+ variants.

The S-Presso will get safety features such as a driver airbag, rear parking sensors, front row seatbelt reminder, ABS and speed alert as standard. The front occupant airbag will likely be offered on the optional variants. Maruti will also be fitting the S-Presso with a centrally-mounted instrument cluster with orange backlighting along with a touchscreen infotainment system in higher variants. 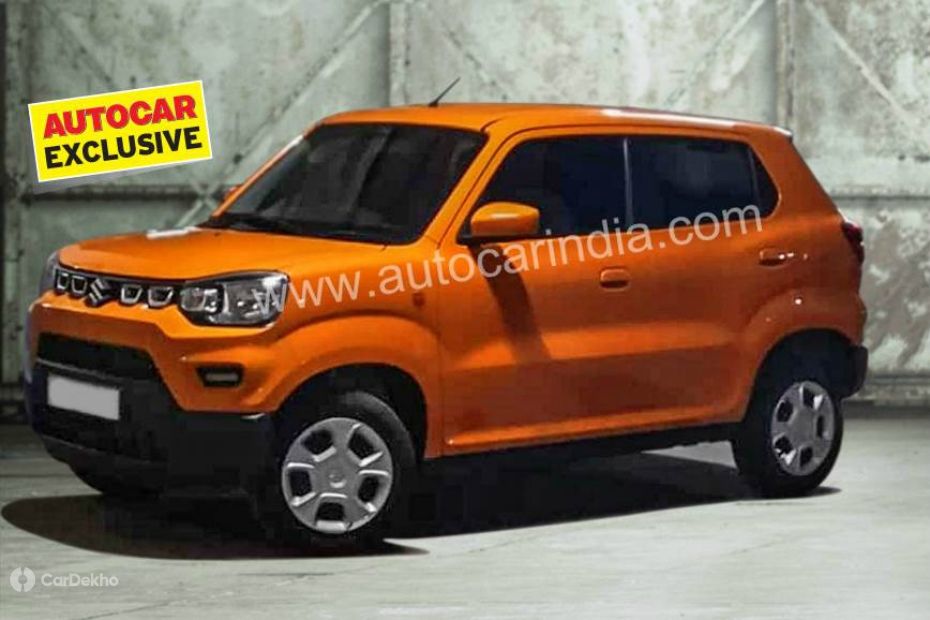 The S-Presso will rival the top-variants of the Renault Kwid and Datsun redi-GO. Its prices are expected to start around the Rs 4 lakh mark and it will be sold via Maruti’s Arena dealerships, positioned somewhat between the Alto and Celerio.