Kia Seltos launch tomorrow: Here’s everything you need to know

Kia Seltos is expected to be priced between Rs 10 lakh and Rs 17 lakh (ex-showroom).

Kia is all set to launch its first-ever car for the Indian market tomorrow. The Seltos will be available in two trims - HT Line and GT Line - which will have multiple sub-variants on offer. The HT Line comprises of the HTE, HTK, HTK+, HTX and HTX+ variants while the GT Line includes the GTK, GTX and GTX+. Pre-launch bookings for the compact SUV can be made on the Kia website or at any of Kia’s dealerships for a token amount of Rs 25,000.

The Seltos will be offered with a choice of engines. First off, let’s take a look the 1.5-litre petrol engine. This unit makes 115PS and 144Nm of peak torque. The 1.5-litre diesel engine, on the other hand, puts out 115PS and 250Nm. These engines can be had with either a manual or an automatic transmission.

A 1.4-litre turbocharged petrol engine will also be available in the Seltos. This unit has a power output of 140PS and 242Nm of torque. This engine can be had with a 6-speed manual gearbox or a 7-speed DCT.

Externally, the top-spec Seltos will feature all-LED headlamps, DRLs and even fog lamps. It will be offered with two 17-inch alloy wheel options depending on the trim level. The lower variants will get 16-inch steel and alloy wheels. The Seltos will also get a shark-fin antenna as standard.

The Seltos will come in eight monotone and five dual-tone colour options. The GT Line variants gets red accents inside-out, making it look sportier than the HT Line. 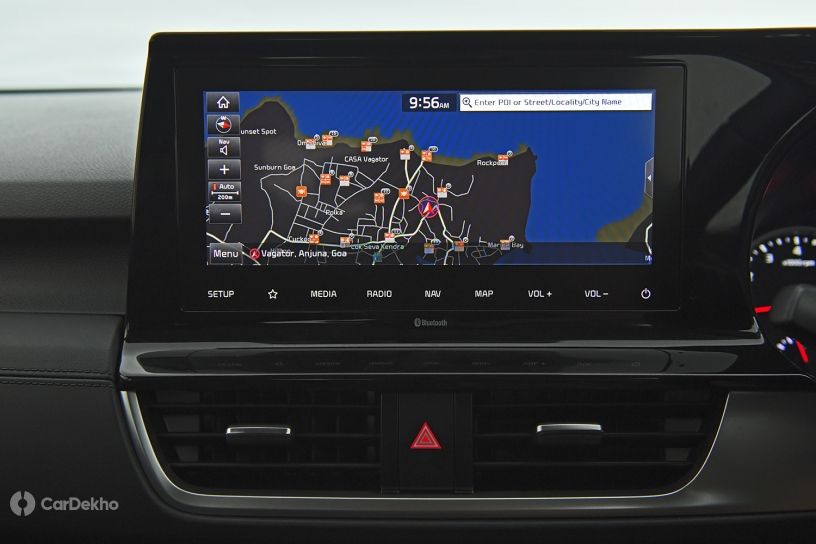 Inside the cabin, the Seltos will pack a 10.25-inch touchscreen infotainment system, a 7-inch colour multi-info display (MID), an 8-inch head-up display, a Bose audio system with eight speakers and LED ambient lighting.

The Seltos also comes with an eSim based connected car technology like the Venue called UVO. Free for the first three years, it provides remote control for ignition, AC, air purifier, live tracking, geo-fencing and more. 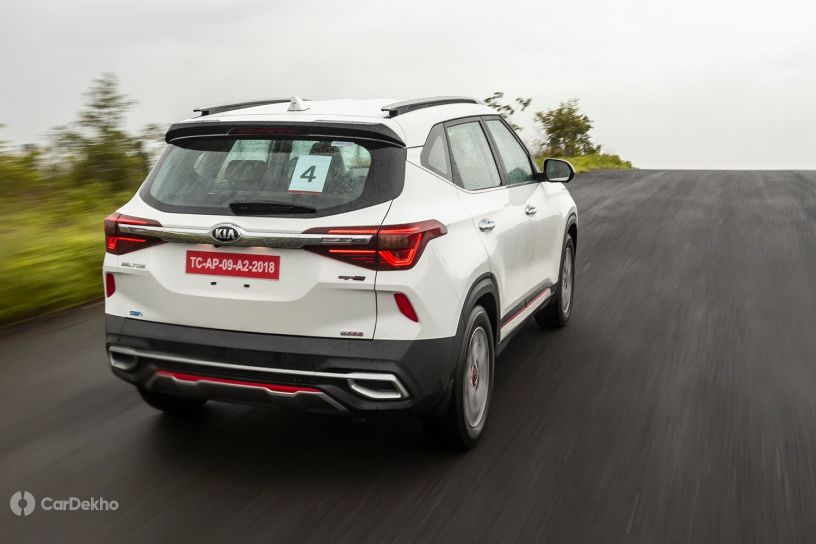 Kia Seltos is likely to be priced between Rs 10 lakh to Rs 17 lakh, which will put it up against the likes of the Hyundai Creta, Nissan Kicks, Renault Captur and Maruti Suzuki S-Cross. It will also take on the Tata Harrier and MG Hector.