Mitsubishi has launched the third-gen Outlander in India at a price tag of Rs 31.5 lakh (ex-showroom Mumbai).

Mitsubishi has launched the third-gen Outlander in India at a price tag of Rs 31.5 lakh (ex-showroom Mumbai). Making a comeback after five years, the new SUV is only available in a single variant powered by a petrol engine. The carmaker says the Outlander will make ground in the country thanks to petrol-powered vehicles becoming popular again.

Speaking of petrol power, the Outlander is equipped with a 2.4-litre, 4-cylinder MIVEC petrol engine that pumps out 167PS@6000rpm with 222Nm@4100rpm of torque. Power is sent to all wheels via a 6-speed CVT gearbox and Mitsubishi’s Super All-Wheel control. Read our first drive review here. 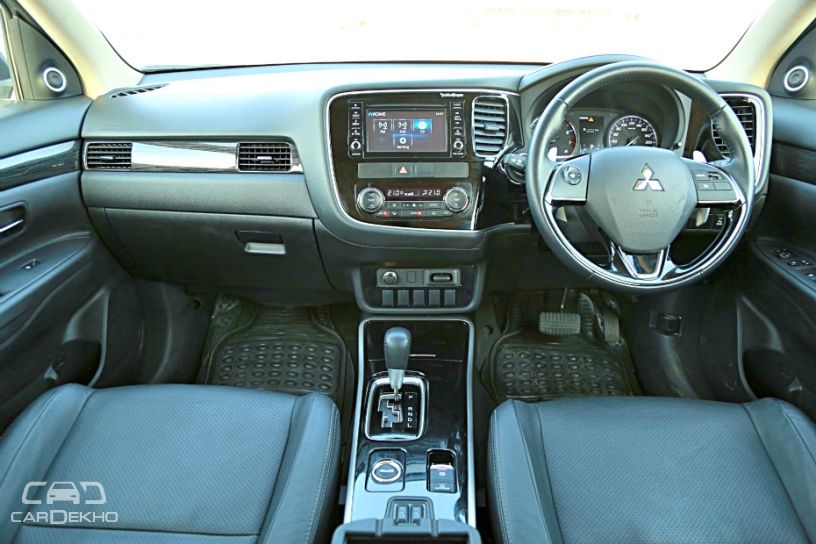 On the features front, the Outlander gets all-LED auto headlamps with LED daytime running lights (DRLs), LED fog lamps, rain-sensing wipers, electric sunroof, paddle shifters and LED taillights. It sits on 16-inch alloy wheels that look a bit small for an SUV of its size. On the inside, it receives a rather subdued all-black dashboard fitted with a 7-inch touchscreen infotainment system coupled with a 710W 8-channel Rockford Fosgate speaker system. It also gets dual-zone climate control. Safety features include seven airbags, ABS with EBD, Active Stability Control (ASC), hill start assist and rear camera.

Also Read: Mitsubishi Lancer Will Be Back As A Crossover

On the price chart, the Outlander competes against SUVs such as the Toyota Fortuner, Ford Endeavour, Skoda Kodiaq, Volkswagen Tiguan and the Honda CR-V.