Second-gen Ertiga carries the same MPV-like stance but the design is now different from the first-gen model.

Suzuki was supposed to reveal the 2018 Ertiga in Indonesia on April 19. But it seems like someone at Suzuki Indonesia accidentally uploaded all the information regarding the upcoming MPV a day ahead of its unveil. And here is what we know about the second-gen Ertiga, thanks to the leak.

At 4395mm x 1735mm x 1690mm, the second-gen Ertiga (Indonesia-spec) is 99mm longer, 40mm wider and 5mm taller than the Ertiga on sale in India. Thanks to the bigger dimensions, the luggage space has gone up by 18 litres and now stand at 153 litres with the third row of seats raised. However, its 2740mm of wheelbase is identical to the first-gen India-spec Ertiga although it’s based on the new Heartect platform. The tyre size remains unchanged at 185/65R15. 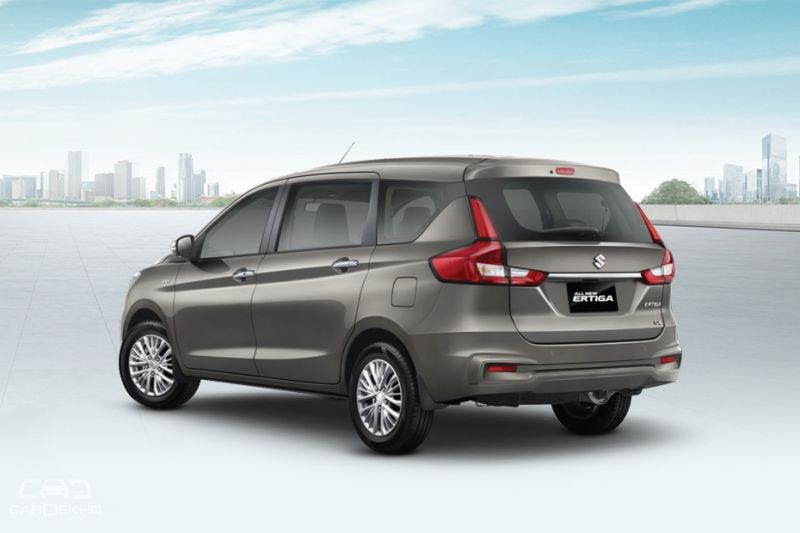 The second-gen Ertiga carries the same MPV-like stance but the design is now different from the first-gen model. At the front is a new chrome-studded grille flanked by new stretched headlamps that are not very broad. The new bumper sports triangular fog lamp housings and a central air dam. The rear is reminiscent of the 2018 CR-V, thanks to its L-shaped tail lamps and the redesigned tailgate. The 2018 Ertiga is also based on the new Heartect platform like other modern Suzuki products such as the 2018 Swift, Dzire and the Ignis. 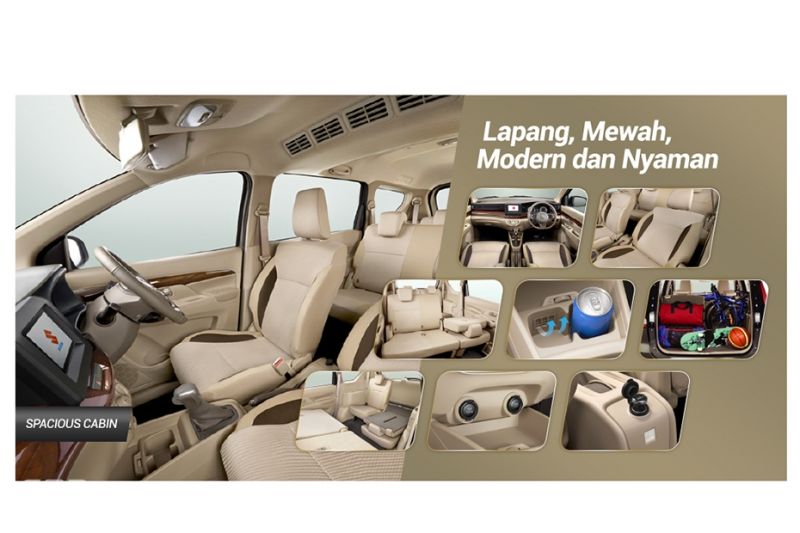 The second-gen Ertiga gets an a new dashboard and more importantly, it is not the same as the Dzire or the Swift as far as its design and layout are concerned. The dashboard is now divided in half by a faux wood insert running across the length. The AC vents appear to span the entire length of the dashboard while the infotainment system is a floating one, like you see on the Ignis. It also gets a new flat-bottom steering wheel just like the new Swift and the Dzire. The wooden trim is reserved for only the top-spec GX variant for the Indonesian market.

Like its predecessor, the second-gen Ertiga will continue to get roof-mounted AC vents for the middle row, along with 60:40 split middle row and the 50:50 split third row. 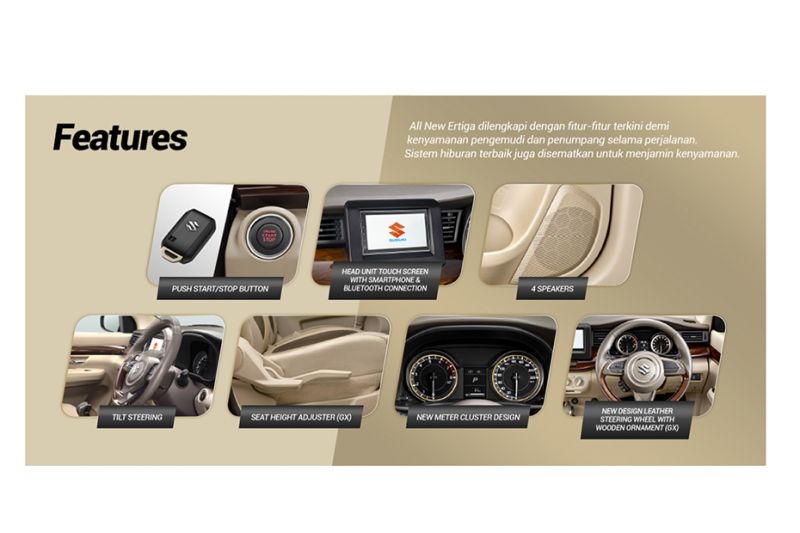 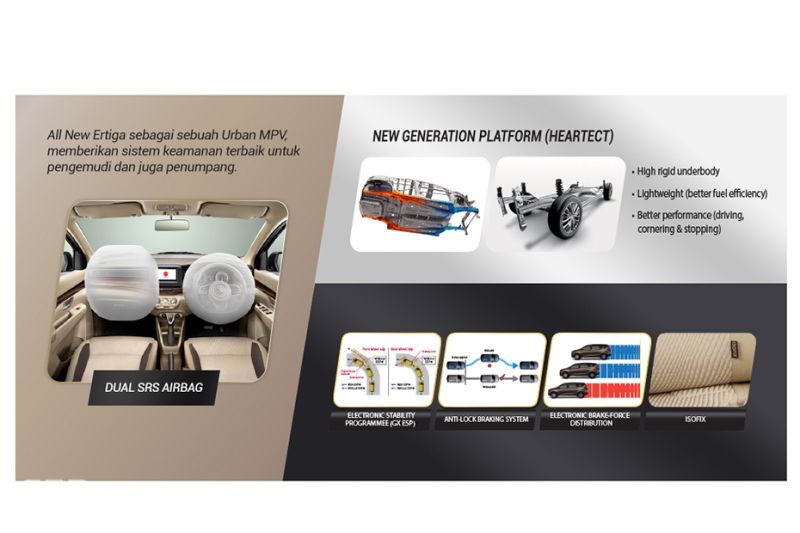 The Indonesia-spec Ertiga is powered by the 1.5-litre K15B petrol engine that makes 104PS of power and 138Nm of torque, coupled with either a 5-speed MT or a 4-speed AT. The India-spec Ertiga is likely to get this new petrol engine. It remains to be seen, however, whether Maruti Suzuki offers the same 1.3-litre Fiat-sourced diesel engine or the new in-house developed 1.5-litre unit.

While there’s no official word about the launch of the second-gen Ertiga in India, we expect it to arrive at our shores by mid-2018.